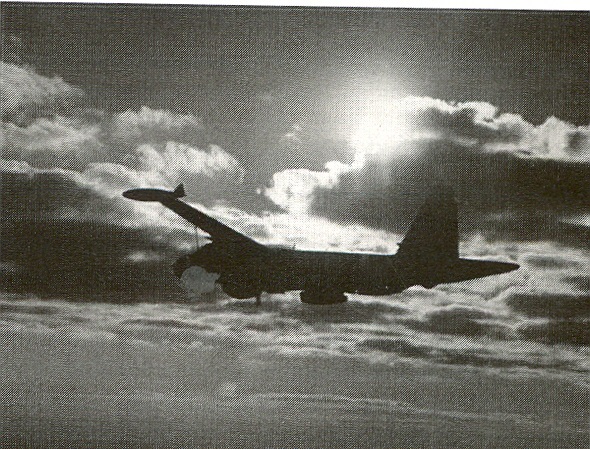 On a Bermuda transit in Jan '53, our plane was the last in the flight. The flight to Bermuda took five hours. We got our weather briefing but then had to wait for some hours for takeoff to allow adequate spacing between planes. The flight to Lajes, Azores, typically took about ten to eleven hours. The weather at Bermuda was fairly clear but about five hours out it began to deteriorate. By seven hours out, we were in severe weather, cruising at ten thousand feet. All of our communications equipment was useless because of the heavy weather" and electrical activity. The only working navigation aid we had was the low frequency range based in Santa Maria, Azores, about 185 miles southeast of Lajes. We had been correcting course towards the north expecting to cross the western beam, but never did reach it (I later estimated that we had a cross wind from the north in excess of 100 knots; the storm qualified as a hurricane).

After nine hours the PPC decided to drop down below the overcast. This was not without risk - the highest peak in the Azores is over 7700 feet high. We broke out a few hundred feet above the water and immediately spotted a freighter. The PPC considered ditching alongside, and we tried radio, flashing light, and low passes but we were unable to raise any sign of life (given the sea state, ditching was really not a good idea). We continued to home in on the low frequency range.

After about ten hours we considered cutting out one engine to extend the range, but given the weather decided against it. Finally, we spotted Santa Maria and landed at the old air force base, 13 hours after departing Bermuda. We had about 200 gallons left. Fortunately, fuel was still available and we refu­eled. We learned later that a search and rescue plane had been

[Locate the end of this story]

“It Was an Interesting Approach”

About two hours after landing we took off for Lajes (I was in the left seat). What should have been a one hour transit took two hours. The final approach to the runway at Lajes passes over a steep cliff. There was a strong crosswind and I was concentrating on an instrument approach with a considerable crab. As we got close to the island I kept glancing up trying to spot the runway. Finally I asked the copilot if he could see the runway; he pointed about 30 degrees off the heading. 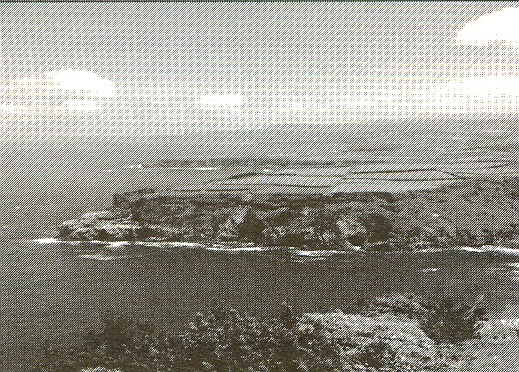 About that time we passed over the cliff and the plane flipped up into a steep bank, dumping everything loose in the airplane onto the deck. I recov­ered and continued the approach, touching down near the centerline. The wind gusted and picked us up, moving us about ten feet off center. I touched down again, got picked up again and moved another ten feet. By the time I was able to get it firmly down we were nearly on the edge of the runway. We taxied to the parking area and called ground control requesting a bus. They said it would be there shortly. An hour later, we called again and got the same response. Another hour, another assurance. Five hours after the initial call, the bus finally arrived. We were tired. Our total flight time had been 20 hours, and it was more than 24 hours since our takeoff from JAX. When we finally got to bed, we slept for a full 24 hours.