During our long careers as Naval Aviators, we have collectively flown an absolute menagerie of airplanes. (As a contrast, today's sticks will probably only see three or four types). Some were memorable, others less so. Here is a "stand-out" airplane in many different ways!!! 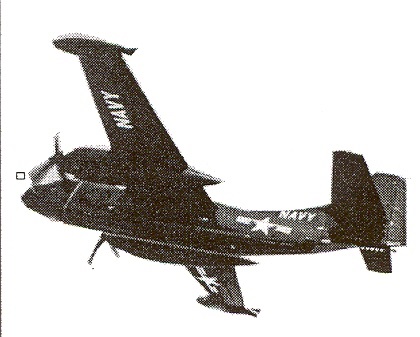 I'm fond of observing that we AJ drivers may have even more terrifying sea stories than the F7U Cutlass sticks. Those guys mostly either ejected or died when things went bad. We had to hang in there and do the best we could. Talk about being a minority!!! Try operating (much less landing) those BIG AJs aboard a '27C’ small deck carrier!!! We "heavies" without folding wings were NOT popular aboard, but the USAF was trying to scuttle the Navy, and we were aboard to deliver the "big'uns" and justify the Carriers. Also, you've NEYER been #1 on the cat until you tried it in a Savage. We AJ drivers flew FAR more "down" airplanes than any other Aviator.

The AJ looked like it had two prop engines, but it had a jet engine in the tail and two turbochargers which were half the size of the J-33 jet. One needed a "steam engineers" license to fly that "five engined" sucker!! A big "boxy" looking nuke attack bomber that handled just great and was in fact aerodynamically very clean. It pulled sea level horsepower at 42,000 feet, and no one could believe how fast it was at high altitude and balls to the wall. We could do almost 450 knots, the jets back then were not good for much more, plus we climbed much faster up there than they did. Ajet goes fast with ease, but this AJ at speed was like you were flogging a trace of five unruly horses to make them run. Yah, and more than just occaslonally, they stumbled!

THE SEA STORIES? We AJ drivers have many, but this saga of four flights in VC-6 tail number NF22 is an example:

Flight #2: Trap, about half stopped and a BROKEN WIRE! I went off the angle deck like a truck going off a cliff. It flew. Guys said my hook was tossing a rooster tail, but you cannot see it in the pix. (Always for the AJ, slow motion pictures of every launch and recovery - It was THAT kind of an airplane). Not many of us walking around with a “1/2” number included in the "total traps" score. No injuries on the flight deck from the broken wire, but my chewed up parachute seat cushion was a total loss.

Flight #3: Jan 1 '57 New Year's Day. USS Bennington out of Hong Kong. Routine hop with a 4,000 lb MK-5 bomb shape in the bomb bay. Hydraulic cat launch, and the jet throttle flipped back. Knocked my hand out of the way. I pushed it forward, and noted on intercom to my Bombardier and Navigator "Jet throttle flipped back. No lights." (The AJ had an elaborate fire warning system). In a moment, Nav said "Mr. B -- --, the b-b-­bomb is back in the jet compartment and something is spraying on it. Looks like gasoline!!!" I stop-cocked the jet and the jet master, and then opened the bomb bay doors. The controls took a big "twang" and the bomb was clear.

On the cat shot, the bomb had released inside the bomb bay and just stood still until it went through the aft bulkhead, and then the jet plenum. Drove the fuel control back into the jet, tore the engine off its mounts, and thrombosed it until the compressor section was too big to go through the back of the fuselage. Yah and it was on fire, too. The main fuel hose was kinked off by the damage, so the fire was not sustained.

Opening the bomb bay doors released the front of the bomb which pivoted down. The tail fins of the bomb went up into the aft fuselage, ripped out some other stuff plus a control cable pulley cluster and strummed the controls as it pitched out. Controls were loose but working good enough for me to fly the airplane. The spray was the infamous non flammable Hydrolube, and I lost flight control boost.

The Air Boss had seen the trauma on launch and I told him what had happened. He was trying to make a ready deck to recover me. I could not see the damage, but from the description by my B/ N, Mike and Nav, I thought that the airplane may come apart on a trap. It was flyable with the sloppy controls and no boost (I was young and strong) so I was bingoed to Okinawa. Good decision, because the jet engine was absolutely free in the aft fuselage and would have come through the cockpit on a trap. Lost another parachute seat cushion on this one too.

(Unrelated) On a different New Year's Day, I was struck by lightning south of Sicily. Quite thrilling. I tend now to stay out of airplanes on 1 Jan !!!

Flight #4: Autumn, '57 Cruise completed following a few more AJ sea stories plus Sydney, Australia, and back to North Island. I was headed for the A-3 Skywarrior RAG at Whidbey. I'd flown one airplane up there, and was flying another one home to Sag·Diego. What was my ride???? NF22 "savage" Savage all fixed up, repainted, waiting and quaking in its chocks as I preflighted. I kicked a tire (hard) and strapped that mutha on. UHF radio quit at the head of the runway. Broke out the duty section, swapped radios, fired up again. Head of the runway, a massive hydraulic leak. More duty section, and in the o'dark thirty hours, took off with the engines running like a string of wet firecrackers. Those R2800 P & W engines were 250 hour engines in the AJ, and they seldom got there. They didn't often quit, just wore out and blew oil. 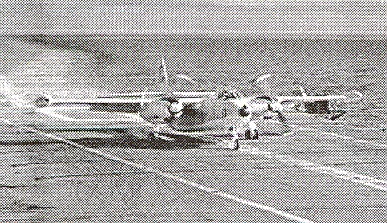 On a typical flight they were at 2600 rpm continuous after take off, and on run-ins, they were flat-out at 2800 rpm and 61 map. for maybe 30 minutes. No rest for those engines until late in a flight at low altitude. They didn't like a couple of starts and no flight, but the AJ had lots of soup, so at reduced power for take off, they ran good enough.

It farted and fought all the way. I said, “Airplane: I’m going to North Island, and I don’t particularly care if you make it or not, but I will.”

That Airplane was afraid of me!!!!