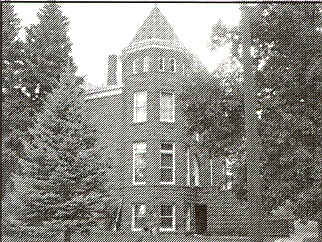 The Army gave their test for a two year college program leading to a 2nd Lt … 95% passed. Six weeks later the Navy gave a test for their V-5 Program … 5% passed.

So, I joined the Navy and reported for a train ride to Flagstaff, Ari­zona on July 4th 1945. The destination was Arizona State Teachers College (now Northern Arizona University). To my knowledge six out of the 120 guys on the train got wings.

Received my wings on 21 October 1948. Of the six of us receiving our wings only two were alive after five years. Jesse Brown, our first black pilot, was my roommate at Advanced Fighter Training and a tragic Korean War victim.

A day that shall go down in stupidity … began when some genius at AIRPAC noticed that AIRLANT was bragging about the first Essex class carrier to be converted for the angle deck, the USS Antietam, CV-36. I was a 'jg' working up for my second deployment on Yorktown and again the junior pilot of the detachment of 5 pilots and 4 F2H-3 banshees.

We were doing FCLP with the usual flat pass under LSO control when the "PAC" genius ordered Yorktown [CV-10] to give us TOUCH AND GO LANDINGS ON THE STRAIGHT DECK! Because of the long lead time for the engines to spool up, we couldn't take a cut … which we pointed out to CAG. He said, "Try it."

So we tried it. None of the 4 planes got lower than 4 feet off the deck since we had to take only a partial cut and we had to have a completely clear deck. That proved to be the last T & G's on straight decks. "Thanks, Lord"!