“Are You Afraid of Heights?” * 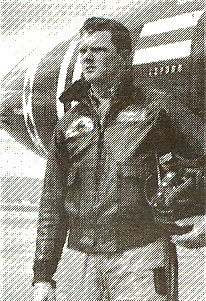 When it was raining and there wasn’t “anything to do,” Mom would clear a spot on the Kitchen table AND THERE I WAS MAKING MODEL AIR­PLANES. After spending many many hours cutting out the balsa, using all of mom's pins to hold the piec­es together while the glue dried (sniffed it but not like some have done in recent times) I'd cover the frame with tissue paper, banana oil and dope to tighten the "skin"

The first flight was sometimes the last as most of mine didn't fly straight and true. Sometimes when "winding" up the propeller, I would wind the rub­ber bands too tight and either they might break or the stress was too much for the fuselage and the frame would buckle. When the ceiling of my room got too full of planes hanging from threads in all positions of simulated flight, I would launch them out the second floor window to their flaming glory.

The hobby shop always had planes beyond my bud­get and lots of books about planes. It was there I first saw a picture of the F4F Wildcat. I fell in love with that particular plane. I told myself that that was the plane I wanted to fly. I also wanted to fly the P-40 with the Flying Tigers or the P-38 or the P-51, but the Wildcat had the strongest appeal.

Sometime early in my senior year (1944-45), the Navy closed the pilot program so my dreams of fly­ing the F4F Wildcat were shattered. However, by late spring of 1945, word was passed to all seniors who were interested in applying for Navy pilot training through the V-5 program to report to the auditorium at such and such time on such and such date.

AND THERE I WAS IN THE AUDITORIUM with maybe a hundred other interested fellows. (No girls showed up and probably wouldn't have been allowed to stay even if they had). I signed up and later got my parents to sign to make it official that, should I be ac­cepted, I would be "in".

It didn’t take the Navy personnel long to weed out those who should not have made the trip to Detroit in the first place. They walked our line and asked those that ob­viously would not pass the physical to step out of line and sent them home that day.

I suppose by our standards and the Navy's, the physicals were very thorough. Strip to your shorts, drop your shorts, turn your head and cough, turn around, bend over and spread em, look here, poke there, say ahhh, take your temperature, blood pressure, pulse, pound your knee, thump your chest and back, listen to your heart and your breathing and then say, “I think you will live.”

If you passed the physical, the second day was the mental exams. These were quite extensive and cov­ered just about every subject in a college prep cur­riculum. Following the written exam, a psychologist interviewed us individually. I was really nervous for this was something entirely new. What did this person want to know? Could I be washed out if I answered wrong? Many scenarios raced through my mind. I decided that I would try to give the answers that they wanted to hear, and hopefully, I was intelligent enough to know the difference.

The only one that I remember lying to was the question "Are you afraid of heights?" I am glad that they didn't have polygraphs in those days for I felt my heart rate change, my hands get sweaty and I got a little short of breath. Do you answer truthfully and say that you are afraid of heights and probably be re­jected, for who would want a pilot who was afraid of heights or lie and say,. "Of course not,” hoping that that was the right answer. 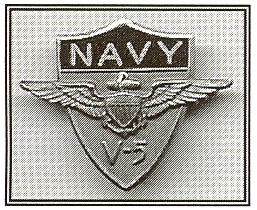 I never found out what the correct answer was, but not long ago (in 1997) I admitted this in a social gath­ering with about 12 other military pilots (mostly Air Force) and to a man, they admitted having the same experience, having the same feeling and giving the same answer. I felt better.

At the end of the day, those of us who passed were sworn in the United States Navy as Ap­prentice Seaman, United States Naval Reserve, in the V-5 pro­gram, and were to return home and await orders.