My last scrape in the F4U occurred on the "Ides of March" (the 15th), 1950, during carrier qualifications on the USS Cabot (CVL-28). The last thing each single engine pilot had to do in order to graduate from Naval flight training and receive his wings as a "designated Naval Aviator" was to make seven successful carrier landings. A flight of students would fly out to the carrier, land and take off seven times in "round robin," and then fly back to Corry Field.

The LSO always kept a notebook on every pilot's land­ings. Normally, he debriefed pilots afterwards to give them a chance to learn from their mistakes. But in the case of carrier qualifications since you flew back to the shore and then grad­uated the next day, there \vas no opportunity for that. So I did not know what the LSO had written about my performance. I did know, however, that I had gotten one wave-off. Some time later a friend gave me a photo which had been taken of that wave-off. On the back of that photo was written: "Dick Cantrell March I 5, I950 Advance Carrier Qualification in Gulf of Mexico aboard USS Cabot. Close Wave-off. Note ab­sence of back ground screen and Landing Signal Officer who was probably in mid-air at this moment in attempt to save his life. DNKUA. [In LSO language 'Damned near killed us all!']" 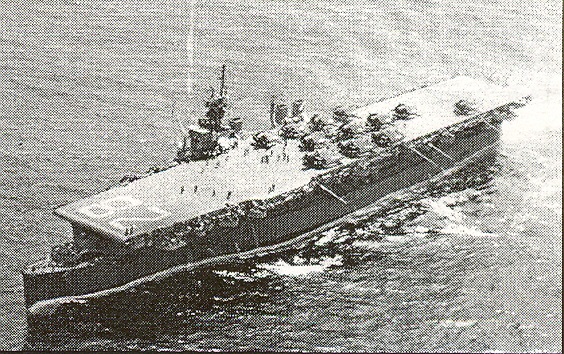 The next day I got my wings and went to Norfolk to await assignment to a squadron. I was assigned to VA-I5, NAS Jacksonville, Florida, where I flew AD-4s. Three months later, in June, I received my commission as an Ensign, USN. The Korean War started that same month. A number of us junior pilots from VA-I5 were transferred to VA-35 on the USS Leyte (CV-32), which had been rushed back from a cruise in the Mediterranean to go through the Panama Canal to Korea.