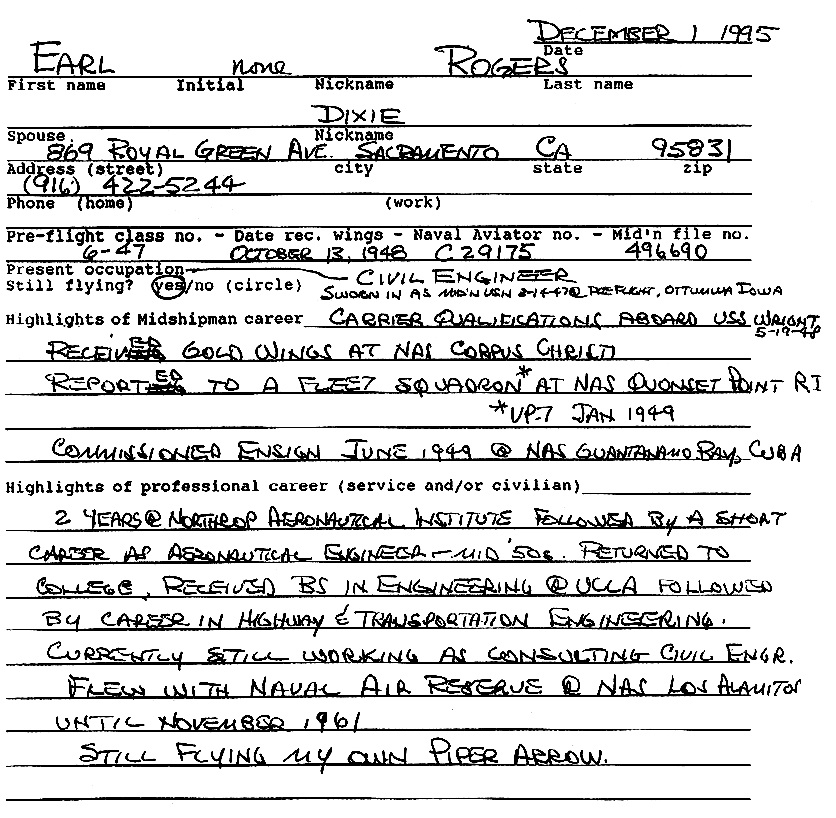 Apologies for taking so long to answer your letter. Regarding anecdotes, vignettes, etc. there are plenty out there, but I think a roving reporter is needed at the annual “Lying” Midshipman meetings to capture them on paper.

I’ve enclosed an article I wrote for the December issue of “In Flight,” not to toot my own horn, but to illustrate a point. I suspect most of the Aviation Midshipmen got into the program like me, for no other reason than the love of flying. I was disappointed when the Navy cut me loose prematurely.

At any rate, flying must have been in my blood when I took it up again 21 years after my last log book entry with the Naval Air Reserve and I’m still having fun.

Last Spring, Stan Pederson convinced me I should fly my Piper Arrow to Alaska. Stan owns a Cessna 180. During the month of July, accompanied by our respective wives, we flew our respective airplanes up through British Columbia and the Yukon into the land of glaciers, tall mountains, grizzly bears, and 400 pound halibut. It was a great adventure for a couple of aging former Aviation Midshipman.

Incidentally, Stan and his wife Audrey were married soon after he and I received our Navy wings at NAS Corpus Christi October 12, 1948. Several years ago Stan, a retired American Airlines Captain, got a down check on his FAA physical and lost his license to fly. Stan wears a pacemaker with a 5 year warranty, which, he says, is more reliable than his aircraft engine, so why all the fuss. Anyhow, Audrey, now sixty something, went out and earned a Private Pilot’s license. With her in the cockpit their flying is legal.

Who actually handles the controls? I wouldn’t say if I knew. 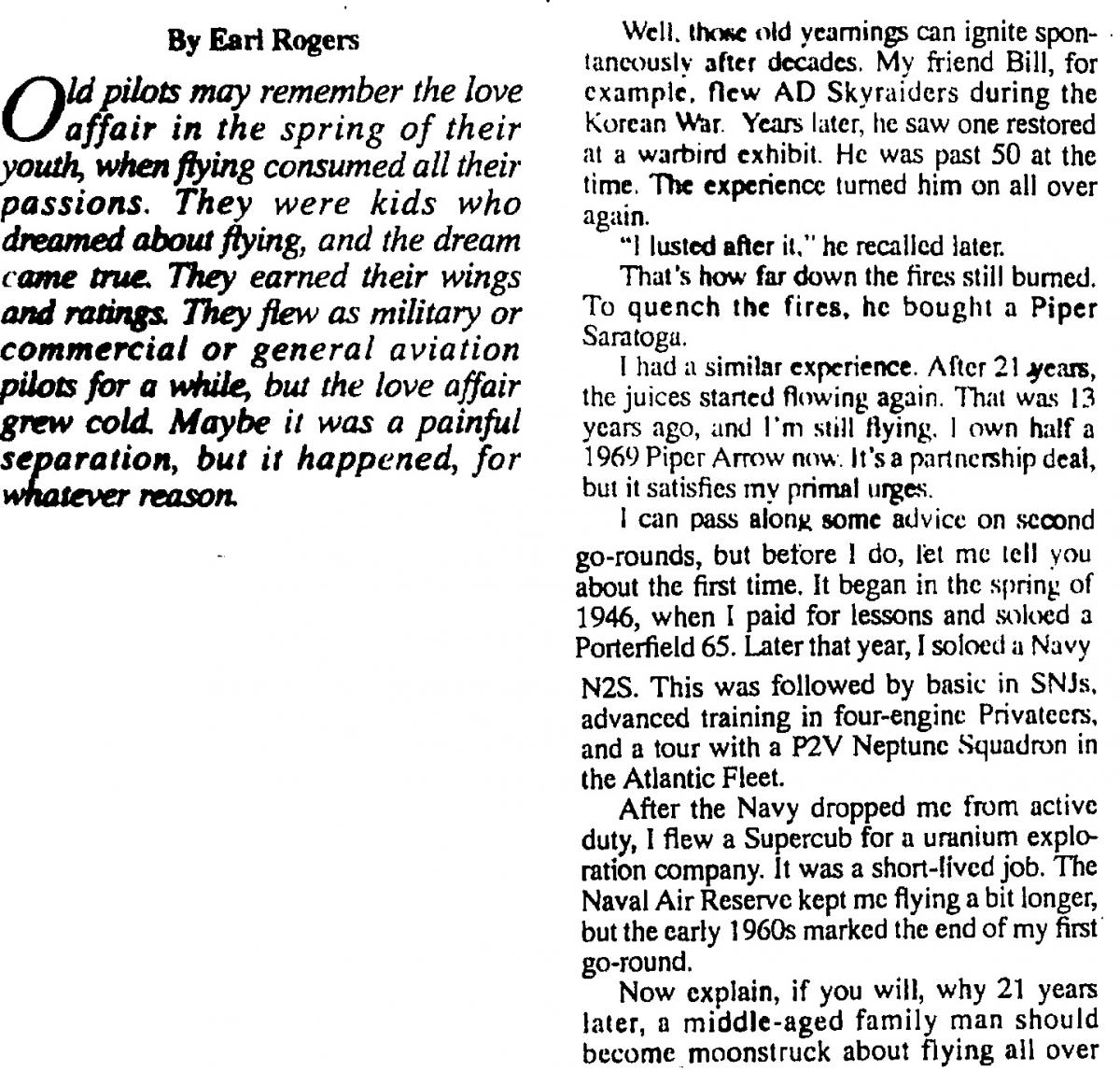 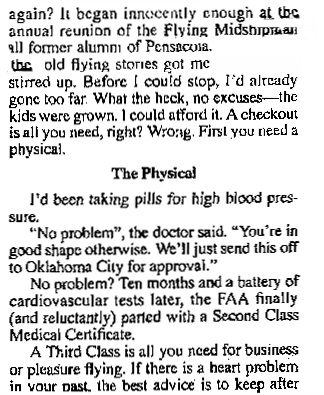 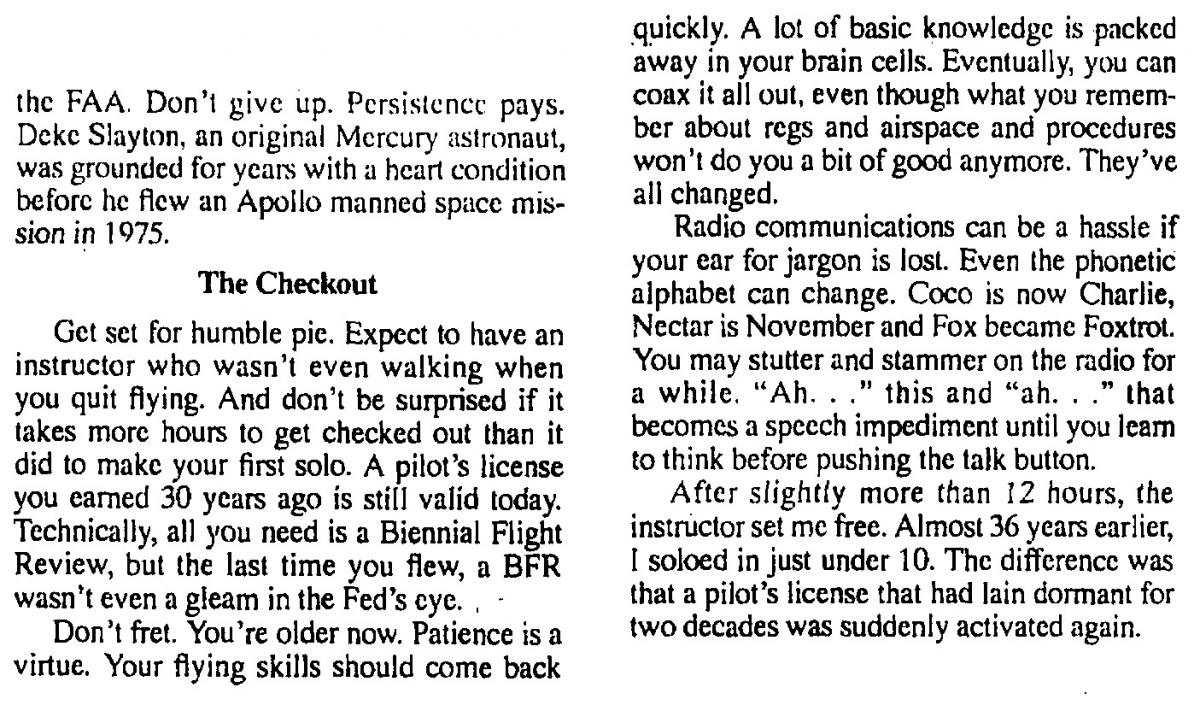