Growing up during WW II developed a fascination with Naval Aviation. When the recruiters came to my high school in early 1946, I jumped at the opportunity. 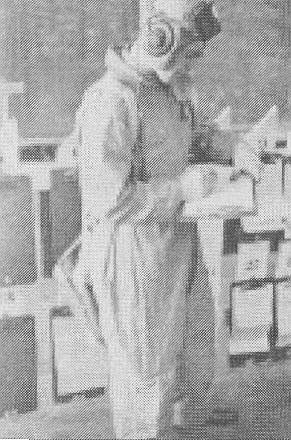 Attended Marquette University in Milwaukee, WI as only one of six entering freshmen in Engineering who were not returning GIs in the fall of 1946. Orders to Pensacola in March 1948 and Pre-flight class 9-48C was the beginning. Good pre-flight memories include, Doris Day movies and her song "Sentimental Journey", the "Dilbert Dunker". "Mighty Mouse" and the trampoline, ice cream between and after study hour and lights out.

Going to Whiting Field was exciting. Finally got to fly. Playing football in the fall meant we only flew in the mornings and we got great food on Fridays and Saturdays. Pro­gressing through Pensacola left many great memories, espe­cially Flight 126 at Saufley Field. Then several weeks of leave in mid-1949, because there was no money for gaso­line, was an unexpected benefit. Finally to the ship, USS Cabot.

Off to Corpus and the PB4Y-2 in September and wings in De­cember 1949. Highlight was that my mother could pin them on. Then it was about one month leave before San Diego in January 1950.

After a change in orders from BuPers a group of Midship­men ended up in VR-32. We were not much use to the ferry squadron at first, but we got checked out rapidly in many dif­ferent types. Ended my active duty in July 1952 after flying 22 different types and returned home to finish college.

Graduated from the Univiversity of Minnesota in 1955 with an Aeronautical Engineering degree. Had several jobs: Convair San Diego, FluiDyne Engineering, Northwest Air­lines and Boeing, before retiring in 1994 as an Air Safety In­vestigator.

Stayed in the Reserve after active duty until I retired in 1978. Flew at NAS Glenview, NAS Minneapolis, NAS Los Alami­tos, NAS Seattle and NAS Whidbey Island. 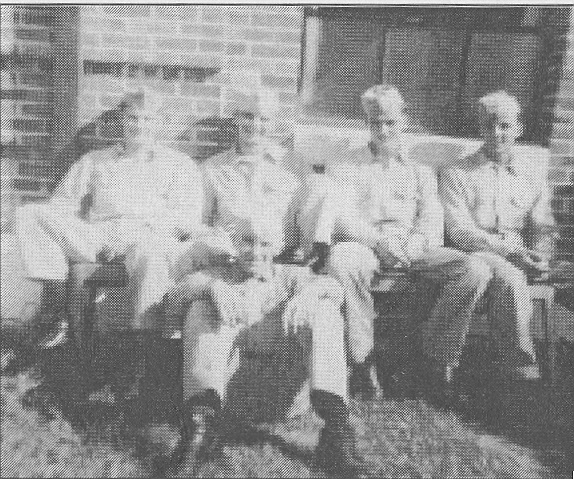 Transitioned from VF, FG-1D & F9F, to helicopters in 1957 at Ellyson Field. Most exciting event was an unintended water landing in an H-34 in Lake Nokomis in Minneapolis during the 1966 Aquatennial festival. 3000 + people watching! Water tax­ied ashore with nothing more than a blown lower cylinder head.

Married Lois in Coronado, CA in 1951. We have two daughters and two grandsons. Activities include staying active in my yacht club where I was Commodore in 1985, playing golf and tutoring at the local elementary school. Also, presently I am chairman of the City of Carnation [WA] Planning Board.

When we have time, travel is our preferred pastime, mostly on cruise ships. Lois prefers this type of travel as opposed to our boat because, "I don't have to handle the lines and the food is better". We are looking forward to keeping healthy and going to the FMA reunions as long as we can.

The annual request from the Minnesota ANG to provide helo water hoists for their air crew was welcomed. It would provide an opportunity for the pilots and air crew to complete their requirements. Time selected was a Sunday in July, 1966 at Lake Nokomis in the south part of Minneapolis. It was also Aquatennial time, an annual summertime festival and celebration. There were about 3,500 people at the lake that Sunday. The helo exercise was an added attraction to the other scheduled events. The weather was typical Minnesota July … hot & humid.

The SH-34J helicopter was being used by the Navy and Marines at the NAS at that time. I was assigned to HS-813 which was the unit assigned to do the hoists. Lake Nokomis is about 5 miles from the NAS. A portion of the shore line was cordoned off as a landing area to permit the ANG crew to debark after the hoist.

The drill called for 2 helos to fly at the same time: one hoisting and the other landing and debarking. A large raft, up to 40 man size, was anchored in the lake. The people to be hoisted left the raft and would swim out about 100 yards and await their turn. The helo would enter a hover at 35' and lower the sling for recovery.

As I started an approach everything was normal. As power was applied to establish the hover (took a lot of power on "hot & humid") there was a tremendous BANG and the rotor RPM started to drop rapidly. A frantic 'milking' of the collective had no effect as the helo headed down to the water. I was told later that the guy waiting to be picked up almost 'walked on water' as he tried to get out of the way.

As the helo contacted the water, full up collective pitch was applied and we made a really soft landing. It did not start to sink as I had feared. Of course it couldn't fly but it had neutral buoyancy. This was not expected. I nudged the cyclic stick and the helo started to move slowly through the water … just like a boat. My crewman was frantically trying to get the hoist cable back into the helo before it tangled with the tail rotor. My co-pilot turned on the windshield wipers … they were needed.

I applied slight pressure on pedals and turned the plane toward shore where the ground crew moved the 'rubberneck' spectators off to a safe dis­tance. As we got into shallow water, I could feel the wheels contact the lake bottom. The rotor RPM started to increase as the helo weight was starting to be supported by the wheels. With the RPM again at normal, I was able to 'gingerly' lift off and ease into the landing area.

The helo was shut down and inspected. The lower cylinder head of the R-1820 engine had cracked all the way across. The blades were folded and the helo was towed back to NAS Minneapolis … to fly another day. We had accomplished a successful water landing in a SH-34 … It is not 'sposed to be an amphibian!