[This is a departure from our typical first-person bio. George Locke was written up in the magazine, “In Flight USA,” and, with George’s consent, we took the following excerpts from the article, “Young Pilot Plays Role,” by Herb Foreman in the May 2008 edition.] 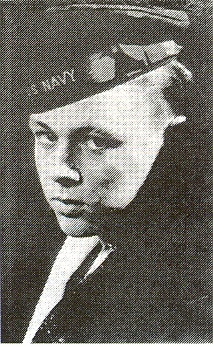 He enlisted in the US Navy's V-5 Pro­gram in 1944 ... and received his coveted gold wings on December 20, 1948. He was assigned to VR-44 at Moffett Field, California, where he received training in the R5D to fly in the Berlin Airlift … (He had finished Advanced Training in the PB4Y-2 and was an accomplished instrument pilot.)

He attributes much of the success of his early training to his subsequent service in VR-3 flying the Atlantic with some of the veteran instrument pilots in the Navy.* During that time he was promoted from Midshipman to Ensign. 2

George Locke provided a film clip that was made during the Airlift with a commentary by Edward R. Murrow. It describes the "gut wrenching" experience of landing with minimums of 100 feet at Berlin's Tempelhof

Airport. The approach took the aircraft over a series of apartment buildings and a a cemetery. In one of the scenes, a C-54 had landed short striking some gravestones and bursting into flames. Locke remembers some of the wreck­age of that aircraft in his many land­ings there.

The two Navy squadrons participat­ing in the airlift, VR-6 and VR-8, flew 45,900 hours, carrying 129,989 tons of cargo. It was a monumen­tal effort. Locke received the Humanitarian Award for his service in the airlift as did oth­ers who flew.

At the beginning of the Korean War, he was a test pilot at NAS Alameda testing the Hellcat, Corsair, Bearcat and Skyraider. He was recalled to support the Korean War and later was Commanding Offi­cer of VR -872 supporting the Vietnam War in and out of Da Nang. 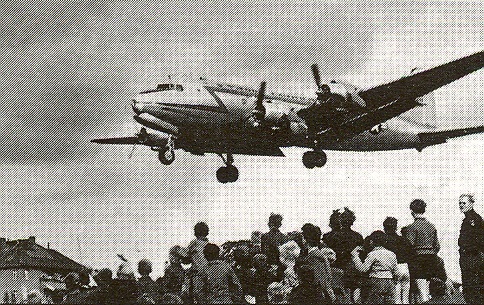 He enrolled at Stanford in 1953 receiving a mechanical and aeronautical degree. As a research scientist he became in­volved in the early space program with the NACA and later NASA at Ames in Mountain View.

In 1959 he resigned from NASA and joined Pacific Airlines as a line pilot and technical assistant to the president. In 1961 he formed Locke and Associates, Inc. With digital computers he developed advanced systems for use by aircraft companies and airlines. He retired in 1992. 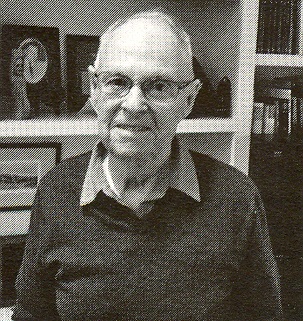 2 In a recent conversation with George he commented that during his time with VR-3 he had the good fortune of receiving tutelage from a number of mentors who were very important in his aviation career.