“I Caught the Brass Ring” *

Aviation for me was inevitable: 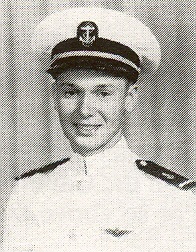 But I didn't know how to make it happen. I grew up in Cleveland, OH - home of the National Air Races, living under the closed course of the Air Race itself. I saw all of the original dirigibles which were destined to be the first "aircraft carri­ers." And I saw the first auto-gyro, the Pitcairn, taking the air mail from the Cleveland Airport to the downtown post office. I was five at the time. By age 12 my father died and I became the oldest and only male in my immediate family of four. My High School years were spent on welfare, so that I realized early that to attend col­lege would require outside help, not to be found in my ex­tended family.

As I entered my senior HS year, I learned about the V-5 Program of which the college por­tion was of greatest interest. An aviation career was unbelievably good. After the Depression years, a Naval career sounded good, too. April 1945, pre-Atomic Bomb, I took the V-5 exams and passed, much to my own surprise. For me, the Great Depression ended that day. I knew I had caught the Brass Ring:

For me, "Accelerated" college was compressed learning. I ate it up, worked hard, succeeded, and found myself moving along in the Program. Se­lective Flight Training at Glenview, IL, Preflight at Ottumwa, lA, where I became a Flying Midship­man, class of 9-46, then down to Corpus Christi for Primary Flight Training in the Stearman N2S ... the world's greatest aircraft. At each stage of the Program, I saw the ranks shrink dramatically, both from Wash-outs and Sign-outs--but I persisted. I had no back-up plan, should I fail at any point. I risked all. Inter­mediate Flight Training at Pensacola. Flying the PBY was a lot of fun, the SNB at Whiting Field a dud, followed by Advanced Flight Training a Jacksonville-fighters, of course, I wanted to drive. Graduation for the very few still standing on July 8, 1948 at JAX, still the biggest day of my life. 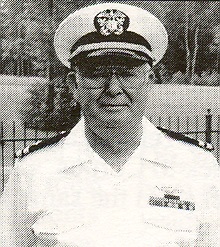 In retrospect, the Navy V-5 Program was key to everything in my life’s careers. I do think back about my days in flying fighters—Bearcat and Corsairs—and wonder where along the way I “lost” my immortality. I knew I was immortal when I flew fighters, but where is it now that I need it? If I had only known how long I was going to live, I’d have taken better care of myself !