Thank you for your reply call at 0943, advising to complete and send Q + photos via snailmail at this late date. Among others is the N2S over-water photo, V-5 Class Photos from Cornell, and me (as Midn) and my Aeronca while in flight training. Beyond that, my active duty career was short, but my life was deep and long. Have just completed, with great difficulty, 5 pages of info … some of which I previously could NOT remember!! There was considerable emotional trauma for me when my flight career was chopped short, with much loss of memory, but I've been able to resurrect some of it … VERY slowly.

Even have my "Aviation Training Jacket" from Corpus. Will be bringing to reunion my leather flight jacket with Midn USN desigmation, as well as original V5, USS Wright, NAS Glenview patches, as well as my original (tho tattered) training jacket, cap and flight greens trousers, as worn by those in your questionnaire photo. Fun.

Thanks for your patience. Hank Frazer

(Ed: Not being a typist, Hank’s five pages will be keyboarded later and be included in the first addendum.)

The "Old" and "New" - the N2S bi-plane and the SNJ-5 low-wing monoplane in which the Navy's embryo pi­lots will now train. The N2S, commonly referred to as "Yellow Perils" will be re­placed by this new operational type aircraft. Many of the features of modern fighter air­craft are evident in the SNJ which is ex­pected to give the Navy a better aviator in a shorter period of time. The lower photo­graph shows the cockpit of the N2S which had but few instruments and controls to keep the Aviation Midshipman occupied. In the lower right is the front cockpit of the SNJ "Texan" showing the instrument panel which has numerable more gadgets than the old trainer. 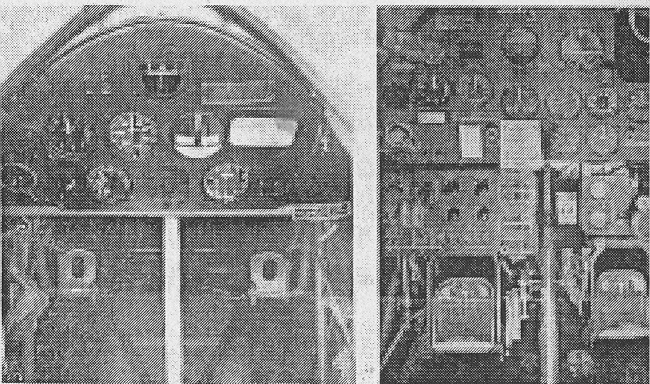