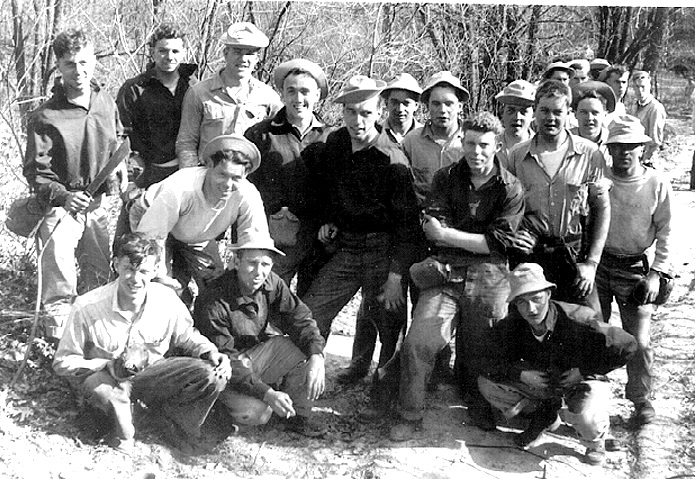 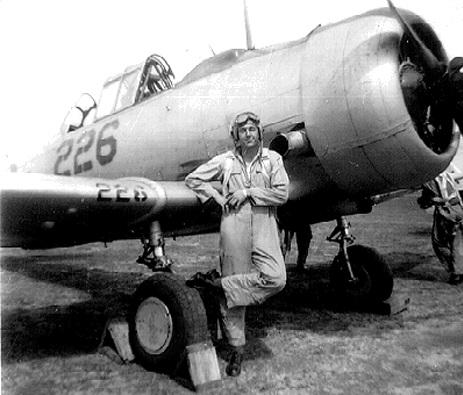 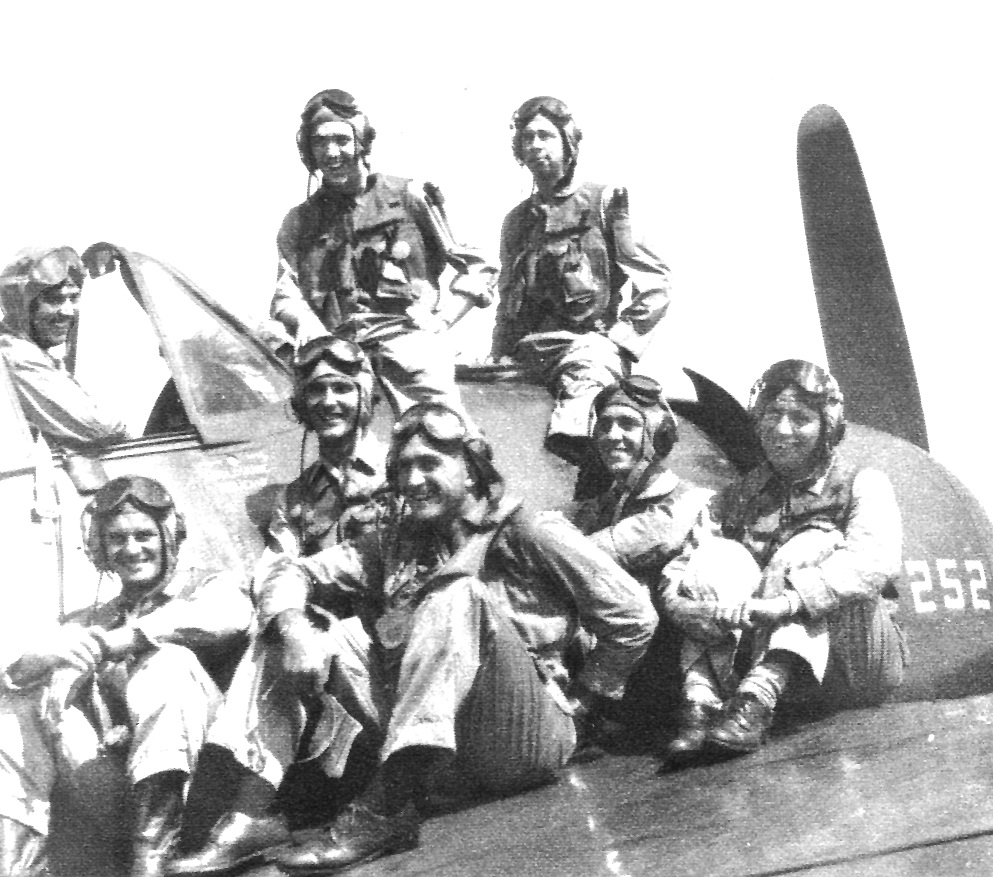 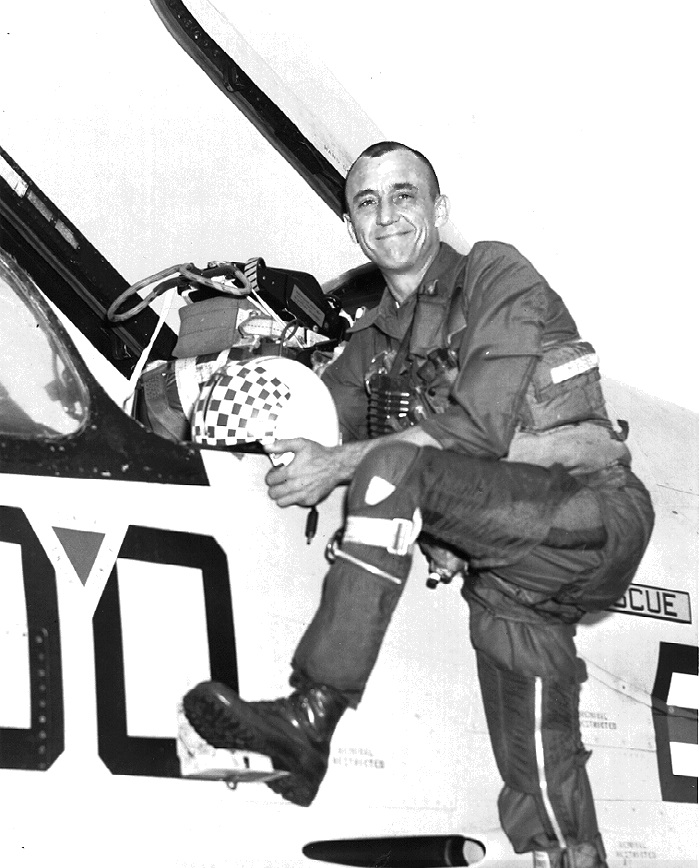 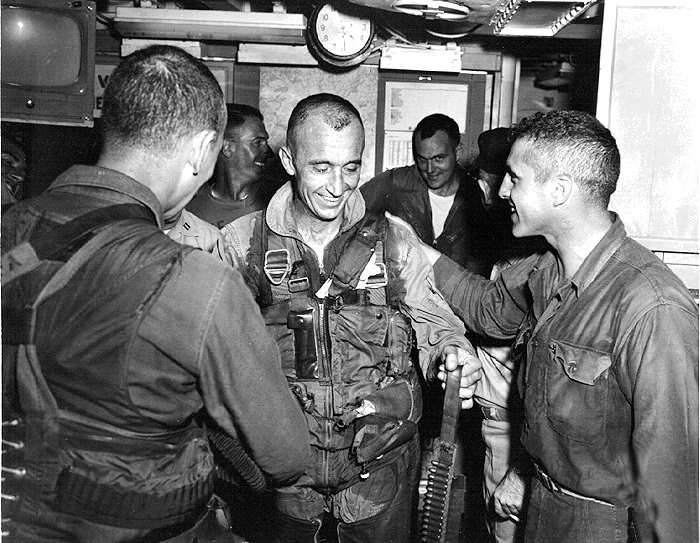 Enlisted in the U. S. Navy Combat Aircrew Program in 1944.

Designated a Naval Aviator in August 1948.

A U.S. Navy pilot from the aircraft carrier Hancock shot down a Communist MiG 17 over North Viet Nam Sunday, the U. S. command said Monday.

The MiG was shot down by a Navy F8 Crusader, a single-seat jet.

The Navy flier credited with the latest MiG kill is CDR H. L. Marr, commanding officer of VF-212 fighter squadron on the Hancock.

Marr led his flight of four Crusaders on a mission over North Viet Nam when the flight encountered four MiGs, Navy sources said.

A Navy spokesman said Marr or another of the pilots of his flight had hit and damaged second MiG 17 in the encounter.

Navy sources said the encounter with the MiGs took place southwest of the port of Haiphong.

This was the first time MiGs were encountered in this area. Previously, the MiGs were engaged north or northeast of Hanoi.

SAIGON, June 13 (AP) A U. S. Navy pilot destroyed the 13th Communist MiG of the war in an air battle Sunday between the key North Vietnamese cities of Hanoi and Haiphong, and narrowly missed getting a second. But two U. S. planes were lost in new air attacks on the Communist North Monday.

The political kettle boiled again in South Viet Nam when Buddhist demonstrators swept through the streets of Saigon and riot police responded with clouds of tear gas. The disorder ended two weeks of comparative calm in the capital and followed a day of giant pro-government, anti-Communist demonstrations by Roman Catholics.

Cdr Hal L. Marr of Roseburg, Ore., scored the hit on the MiG with his second beat-seeking Sidewinder in a numerically equal dogfight between four F8 Crusader jets from the carrier Hancock and four Soviet-designed MiGs.

The missile homed in on the MiG’s hot tailpipe and destroyed it. Marr, commanding officer of Fighter Squadron 211 aboard the Hancock, attacked another MiG with his 20mm cannon and hit its right wing but ran out of ammunition before he could finish off the enemy plane. The damaged plane apparently limped home. 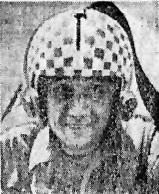 SAIGON, South Viet Nam (AP) Missiles and radar and computers may some day eliminate the seat-of-the-pants pilot who relishes combat in the sky. But it hasn't yet, at least in Viet Nam.

Navy CDR Harold L. Marr of Roseburg, Ore., told Monday of his “eyeball-to-eyeball” fight with four Communist MiGs that went largely by the old rules. He knocked one of the Soviet-built jets from the sky and winged a second.

The Navy brought the lanky, 40 year-old career pilot to Saigon to tell of his first air battle.

The jubilant commander said he and his wingman, (LTjg) Phil Vampatella of Islip Terrace, N. Y., and two other pilots were assigned from the carrier Hancock to fly cover in their F8 Crusaders for an air strike on a military area 30 miles northwest of the North Vietnamese port city of Haiphong.

The battle was fought at speeds of 600 to 700 miles an hour in a circle that was about three miles in diameter and “anywhere from 50 feet off the ground up to the bottom of the clouds, which were layered at about 3,500 feet,” Marr said.

“You were looking airplanes eyeball to eyeball most of the time, either your own or a MiG,” he said.

He said that as far as he knew, none of the MiGs fired at the U. S. planes.

“My good wingman, Mr. Vampatella, contacted, or tallyhoed two bogeys at about our 9 o’clock position,” Marr said. “He immediately broke into them.”

Marr said the MiGs, Obsolescent 17s, had their afterburners on for more speed.

“We reversed back into the MiGs and got into a classic scissor encounter that you would see in, say, World War II type fighting.

“I fired the Sidewinder.

“As you know, the sidewinder is a heat-seeking missile and I think that the reflection from the clouds and sun were just too much. I thought it was going to home and it went off to the side.

“The MiG broke down a little bit so I could get a better shot and I fired the second missile that zapped him real fine.

“When I confirmed that the airplane hit the ground and made it back around we were at that time in a little clear area where there were no clouds and I could see two other MiGs just circling around the area.”

SAIGON (AP) - For 17 years, lanky Harold Marr planned for the day he would see his first Communist MiG in combat.

Yesterday, CDR Marr, of Roseburg, Ore., saw the first MiGs of his life. He shot down one MiG 17 and was chewing up another with cannon fire when his ammunition ran out.

Beaming with exuberance, Marr told today of the stomach-churning melee with four MiGs and four U. S. Navy Crusaders twisting at 400 to 700 miles per hour in a three-mile circle.

The whole action was fought below 4,000 feet and one MiG clipped treetops as it escaped. For the whole four minutes, Marr’s body was being pulled by four times the force of gravity.

“We were acting as MiG-cap,” he reported, “and had been in the area five or six minutes. The strike planes were pulling out and we were heading generally north.”

“My good wingman tally-hoed two bogeys at nine o’clock and he broke into them.”

That was LTjg Phil Vampatella of Islip Terrace, N.Y., a 26-year-old also in his first test against the Communist MiGs.

The MiGs - practically as fast as the Crusaders at that altitude had the advantage of position.

“They were on afterburner and attempting to make a pass at us,” Marr said. “They overshot us and slid by and we got into a series of scissors maneuvers.”

That is when onrushing jets attempt to cut tighter and tighter to get on an opponent’s tail.

Marr fired one Sidewinder missile at the MiG ahead of him, but the missile soared off after the sun, its heat-seeking device confused by the low clouds and weather conditions.

“I fired the second missile and it zapped him real fine,” Marr beamed.

The Communist pilot did not parachute. His plane blew up

In the confusion, Marr found himself astern a second MiG.

“I was chewing on his starboard wingtip when I ran out of ammo and had to go home,” Marr said.

He saw bits of metal shearing off the wing of his opponent, but said it was not enough to bring the MiG to earth.

“To the best of my knowledge, none of the four [MiGs] ever fired a shot at us,” Marr added.

How good were the MiG fliers?

“As good as I was interested in finding yesterday,” he said.

He said the Crusaders were flying such low altitude because the mission was “inside the missile envelope” that protects Hanoi and Haiphong.

“We didn’t want to be up there at 15,000 feet and have a telephone pole shoved at us,” he said, using pilot’s slang for the Russian-built surface-to-air missiles.

It was the first time that the Navy’s Crusaders had come up against the Russian-built jets.

It was also one year ago this month that the first MiG in the Vietnamese war was brought down. Marr’s kill brought the score to 13 shot down, against three Air Force and Navy jets lost in aerial dogfights. 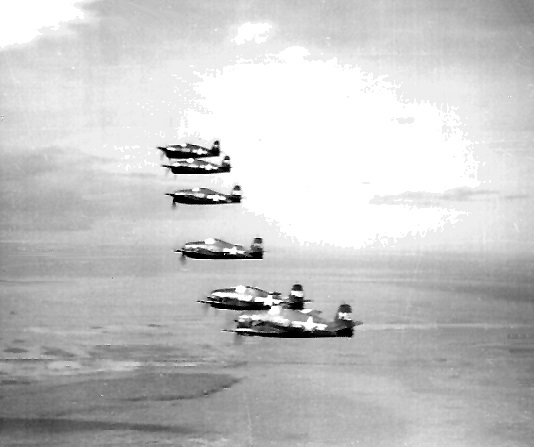 SWAMPLAND SOUTH - - At the Auxiliary Docking Facility alongside South-Bank of Quacks Pond where tired ole Fighter Puke conducting intensive Navel Investigation, keeping the Light Leak Chamber in high state of readiness and otherwise flying low and slow just like Mama told me to …

Mundane the last of these Auger In days in the year MCMXCII, plus or minus a few …

I ran across the enclosed sometime back and finally got some copies made at the Photo Shop. Rather than write on them pictures will give you the hot skinny in this gram as follows:

The two N2S pictures taken at NAS Glenview in Nov/Dec 1946 timeframe. That ole watashi-na – then Aviation Cadet "Hal" Marr whilst going through Selective Flight Training. That coming right after completing V-5 College and before heading for Preflight School at Ottumwa, Iowa.

The good lookin’ female Aviation Midshipman (Admiral to be) picture taken Christmas 1947 at Weeki Wachee Springs, Florida. The back of my head, Miss Mildred Ann Randall who became Mrs. Toni Marr 25 Aug 1950 and R.J.T. 'Woody" Wood from St. Pete. Toni and Gus Kinnear are from Brooksville, Florida and Woody, Gus and I "hitch-hiked" from Pensacola to Brooksville for Christmas leave – Woody going on to St. Pete and then stopping on the way back to join us for the "thumb" back to P-cola. As I recall, that uniform says we were Aviation Midshipman 2d Class at the time.

Hope there will be another East Coast type get together along the way. We can’t let them West Coast Pukes get too far ahead of us.

You hang in there keeping the lint filter clean and the system bugger free. 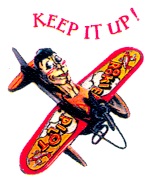 It is now dinging 0900 hours on this ThirdsDay de Leapeth Year Extension, or the 29th of FebGruWeary in MCMXCVI, or better known as The Year of The Rat-Fink …

Nothing like being timely in responding to your request for providing some names for the enclosed photos. it seem I have more excuses than the law should allow – and none of them are worth a damn!! Reckon we just have to chalk it up to the fact that I are getting long of tooth and just not too damn reliable. I did spend considerable time – couple minutes – trying to come up with some names for two of those pictures, but that are poor excuse.

Anyhoot, here goes with the best I can come up with:

The two pictures with "handsome" young tiger standing beside and then seated in "Yellow Peril” type flying bird: 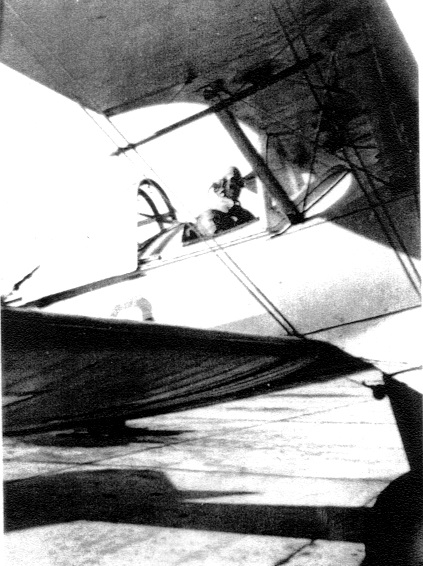 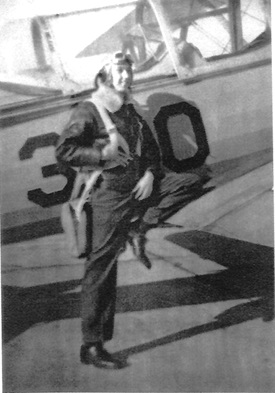 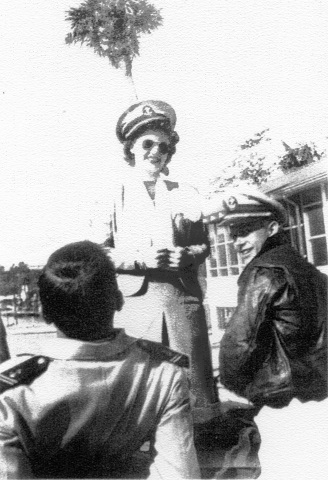 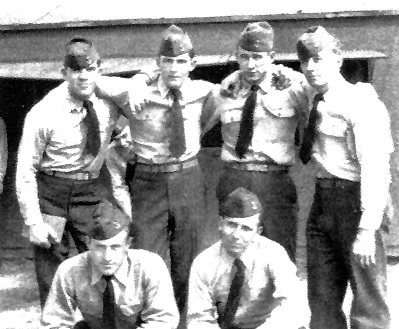