“Profile of a Flying Midshipman” * 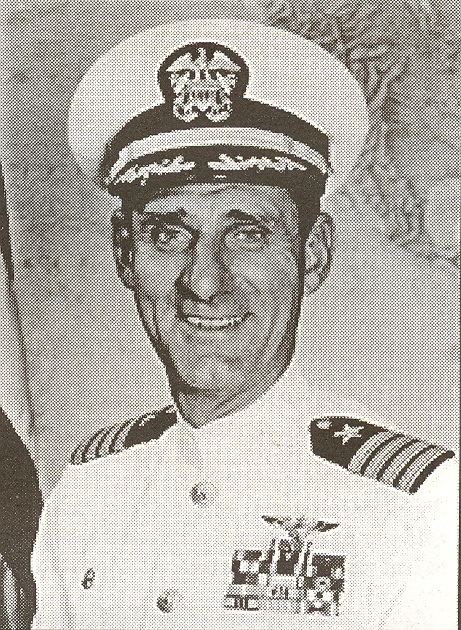 Many of you knew this personable giant--­Captain Harry Tarleton Jenkins, Jr. USN, (Ret). Harry died in a plane crash on August 2,1995, at Prescott, Arizona on a return trip to San Diego from the annual Experimental Aircraft Associ­ation convention and air show in Oshkosh, Wisconsin. He was flying the experimental Long Eze design he built in his garage in Coronado, California, over an eight-year peri­od. He had flown this plane for nearly five years before this accident. His aircraft crashed during take-off when the engine lost power due to magneto failure. His son, Chris, a passenger, survived the crash.

"Jenks" loved to fly and was an aviator's avia­tor whose flying career began in biplanes, pro­gressed to jets and continued on with light civil aircraft. Quoting Vice Admiral Jim Stockdale, "Harry was a great man to go to sea with. Mo­rale soared around him. High spirited pilots are more effective pilots. And they like to see their boss in the cockpit, where you could always find Harry." Captain Wynn Foster, TAILHOOK Association Offic­er, remarked, "Harry loved to bag traps and he had lots of them. But he was scrupulously fair in insisting that the serious fun of flying off and on the carrier deck was equally spread among the pilots of his squadron. His high­time, high-trap record in the Skyhawk [A-4] resulted from a double tour as XO when he flew with the "Saints". As squadron skipper, Harry never asked his pilots to fly missions that he wasn't ready, willing and able to do himself.

He was born in Washington, D.C., July 24,1927, and was reared, the old­est of three brothers, in rural Mary­land. He enlisted in the Navy in May, 1945, age 17, and attended Newberry College and the University of South Carolina in the V-5 Program. By scrunching down during his physical exam, he just made the maximum height requirement of 6'4". He completed his requisite two years of college by the end of August, 1946, and progressed through Selective flight training to solo in the Stearman "Yellow Peril" then to Pre-flight at Ot­tumwa, Iowa, where he became an Aviation Midshipman. Designated a Naval Aviator on August 19, 1948, he joined the fleet as a Flying Midshipman and was commissioned Ensign in December, 1948.

In the fleet, he began flying the Martin Maul­ers (AM) aircraft and subsequently flew Douglas Skyraiders (AD), Vought Corsairs (F4U) and Douglas Skyhawks (A-4) in a career that includ­ed 17 shipboard deployments and nearly eight years as a Prisoner-of-War in Vietnam.

While serving as CO of VA 163, Harry was shot down and captured by the North Vietnam­ese and remained a Prisoner-of-War in Hanoi from November, 1965 until February, 1973. Af­ter repatriation and hospitalization, Captain Jenkins served on the staff of Commander Na­val Air Force, Pacific Fleet as staff Operations and Plans officer. He assumed command of USS Denver (LPD 9) in July, 1974, and served as CO until September, 1975. He served as Commander, Amphibious Squadron FIVE from Jan­uary, 1976 through January, 1978. Six months of that time, he was concurrently Commander, Amphibious Group Eastern Pacific. He retired from active service in June, 1978, ending a 33 year career. 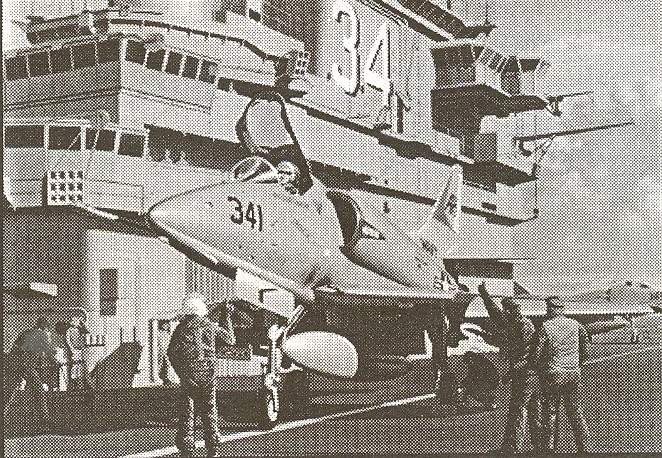 After transitioning from the roomier cockpits of propeller-driven aircraft to the womb-like cockpit of the A-4 Skyhawk, Harry's long, lanky frame would not fit with the easily with the can­opy closed until he leaned forward with his head tilted slightly to the side. Nonetheless, he loved the diminutive, agile Skyhawk. He was a tough combat pilot, innovative tactician, and was Wing Commander Stockdale's favorite strike leader during the early 1965 large-scale hits against North Vietnamese industrial and military sites. Harry's squadron, the Saints, was credited with growing military effectiveness re­ported at that time in Newsweek and Stars and Stripes articles. Jenkins led the 'maximum ef­fort' strike against the oil storage facility at Nam Dihn, 60 miles southeast of Hanoi, and was key leader in the combined attack on Vihn Airfield.

Harry was shot down on November 13, 1965, while on his 155th combat mission over North Vietnam. He was placed in an adjoining cell to Stockdale's (who had been shot down 2 months earlier) at the infamous "Hanoi Hilton." He, along with Stockdale, were two of the early se­nior officers to be captured; they were subjected to especially brutal treatment and systematic torture. After a two-month purge by the Hanoi jailers to uncover the prisoner's secret and for­bidden communications network, Harry was identified as a ring-leader and moved to solitary confinement along with eleven other non-coop­erative prisoners--known later as the "Alcatraz Gang." During his 87 months as a POW; he spent 46 months in solitary confinement. He remarked that he occupied his time mentally re­viewing college courses and books. One of his greatest achievements there was the force feeding of a comatose fellow prisoner and roommate (and also a former Flying Midshipman) Com­mander Howard Rutledge. He gave from his own meager rations and kept Rutledge alive in order to see repatria­tion in 1973.

Margorie, Harry's wife, reared their children, was the elementary school librarian where the children attended and carried on without knowledge of Harry's fate for over six years follow­ing the shootdown. Finally the North Vietnamese allowed a six-line postcard, dated November 13, to be mailed. It was delivered to Marge by the postal service on Christmas Eve, 1971.

After his Navy career, Harry and Marge retired to Coronado, California, where they were active in civic and church organizations. He took a second career with Cubic Corporation. He be­came a tireless lecturer and inspirational speak­er, who never accepted payment for his appear­ances. He was an advocate for POW/MIA con­cerns and continued to press for a full account­ing. His experiences provided guidance for re­thinking the armed forces Code of Conduct and for putting into place more realistic and compassionate guidance for military personnel subjected to systematic torture. Still an avid fly­er, Harry built the "Long Eze"--a 940-pound fiber­glass plane, numbered NJI63--N for Navy, J for Jenkins, and 163 for the Saints--his squadron he proudly commanded when he was shot down and taken prisoner. Harry Jenkins is survived by his wife Margorie Fowler Jenkins; three children, Chris, Karen and Kirk and eight grandchildren. Harry was not only a giant in an airplane cockpit, he had a giant sense of humor and was everyone's friend.