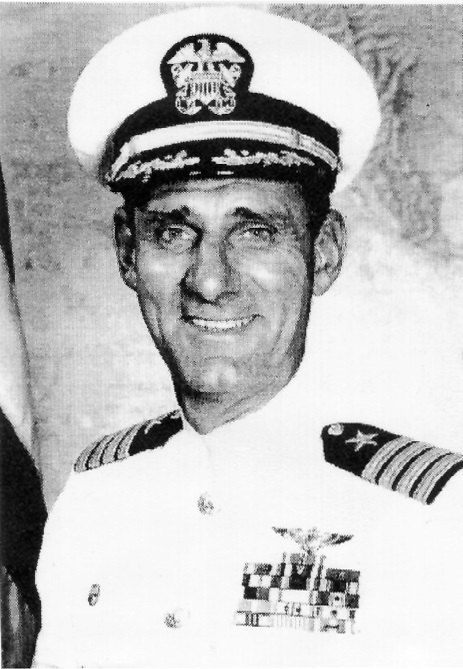 I got to know Harry T. Jenkins best when we shared a seven by seven foot cell for thirty-eight days after the infamous Hanoi Church riot. Secured by tight leg stocks flat on our backs with Harry on the right side concrete bunk and me on the left side, we made a pair of human like bookends. Our physical condition quite debilitated, due to the restraint of the stocks, was further augmented by a mental depression which could lead to lunacy in short order unless we were able to overcome those physical and mental pressures caused by our most restricted living conditions. Our release time was limited to a fifteen minute wash once a week. The rest of the time we were locked in the stocks, left only with each other's company to while away the hours.

In a few days we reviewed our POW experiences especially the Alcatraz ordeal. We covered our personal lives, home, family and Navy career. We were running out of topics of conversation when Harry, an addicted movie goer and story teller, decided to embark on an audio movie review career. He told me the title, who starred in the movie, the leading man and lady and then launched headlong into the main plot. Harry was good, a great entertainer. He had me laughing till tears came to my eyes in some of the comedies he reviewed. Harry had a remarkable memory and recited the Cremation of Sam McGee and the Shooting of Dan McGrew as well as Gunga Din and Kipling's, "If", all of which he taught me during the later years we lived together prior to release. His wealth of movie information just fell right in line with his gregarious and most pleasant personality. Harry Jenkins was a fun guy to live with in those trying 38 days. So I took it all in and laughed and thoroughly enjoyed Harry's nightly movie.

I was not much of a movie goer so what he covered was all new to me. One of Harry's finest movies was entitled, "Goodbye Columbus". A terrific comedy, it was one of Harry's best, which got firmly planted in my mind. I just couldn't forget Harry's plot, it was so vivid.

Some years after release, I was gazing at the telly, late one night, when lo and behold up popped the movie, "Goodbye Columbus". I couldn't resist so I stayed glued to the TV through to the end of the movie which seemed to be interrupted every five minutes for commercials. Except for the title, nothing that was on TV even remotely resembled Harry's plot. In fact the TV movie was a loser and far inferior to Harry's story. I phoned Harry the following morning and accused him of bullshiting me with his movies when we were in stocks together for those 38 days. Harry just laughed, "Muldoon" he said, addressing me by the self imposed Irish nickname he had given me, "I made it all up, every damn movie except for the title came right out of my head." I laughed so hard I was almost crying. That Harry Jenkins, he was some great guy.

After his stint in Hanoi, Harry ended up as the CO of a large amphibious helicopter ship. I can't recall the name of his ship. It was about 1975, when the final evacuation of Saigon and the U.S. embassy was going on at a full pace. The helicopters were shuttling back and forth carrying the fleeing American embassy personnel as well as many Vietnamese refugees fleeing South Vietnam.

One of Harry's officers came to the bridge after a South Vietnamese helicopter had landed and told Harry that Vietnamese General Lin Cao Ky and his family were its occupants. Harry went to the flight deck and ordered the helicopter pushed over the side. He went to where Lin Cao Ky and his family, with all their loot and booty, were standing. He looked down at the General, said welcome aboard in a curt manner, as he didn't like that 'little SOB". Cao Ky was wearing his bolstered two pearl handled pistols. Harry said, "General you are not allowed to have these guns on a U.S. Navy ship." He held his hand out and waited for the General to hand over the holster and guns. Lin Cao Ky complied and Harry, all 6'4" of him, strode over to the side of the ship and threw them into the ocean as that 5'2" little SOB looked on. Without another word Harry turned and returned to the bridge.

This is the story exactly as Harry told it to me personally at an Alcatraz reunion we held on USS Yorktown at Charleston, SC some years later. 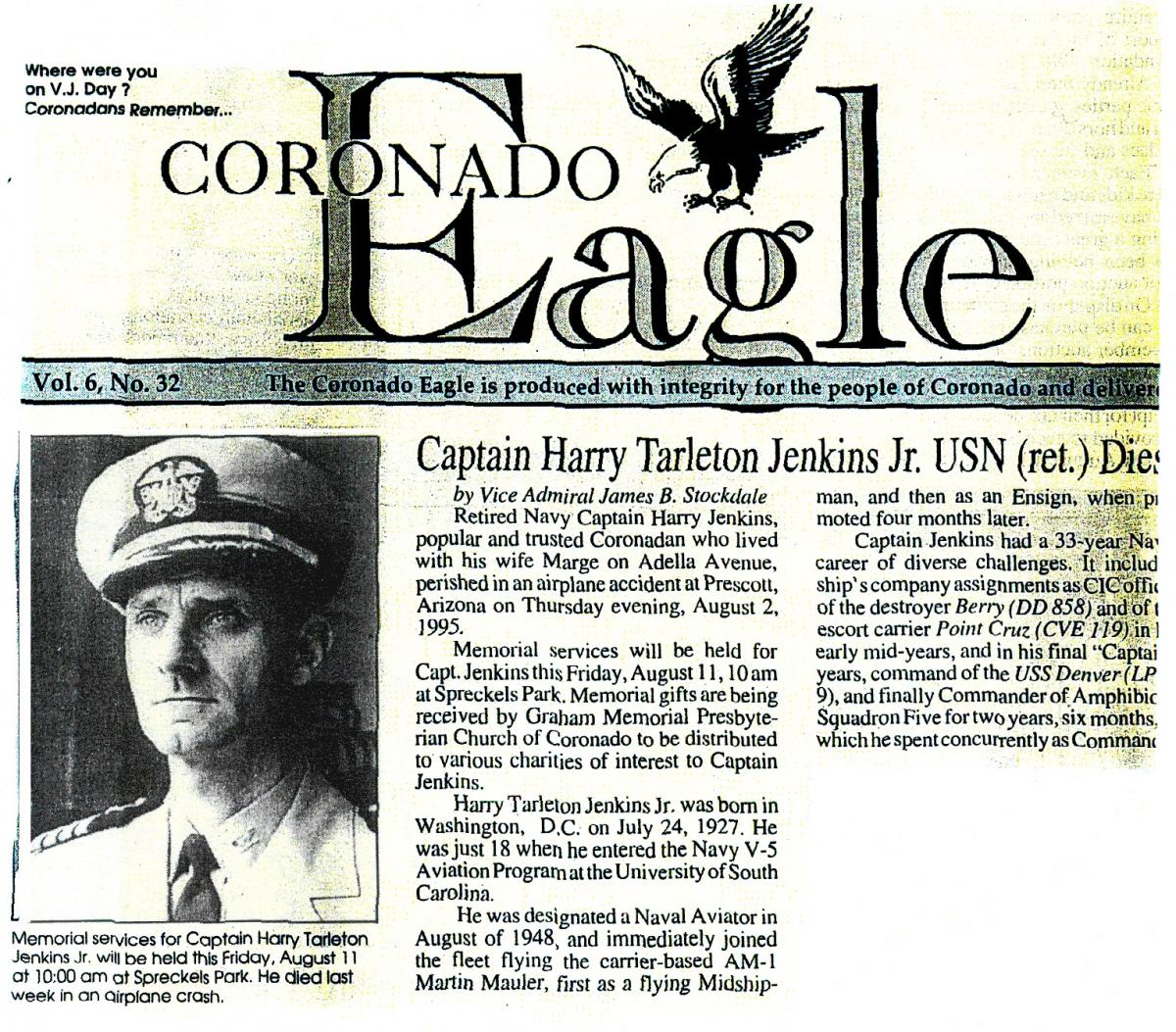 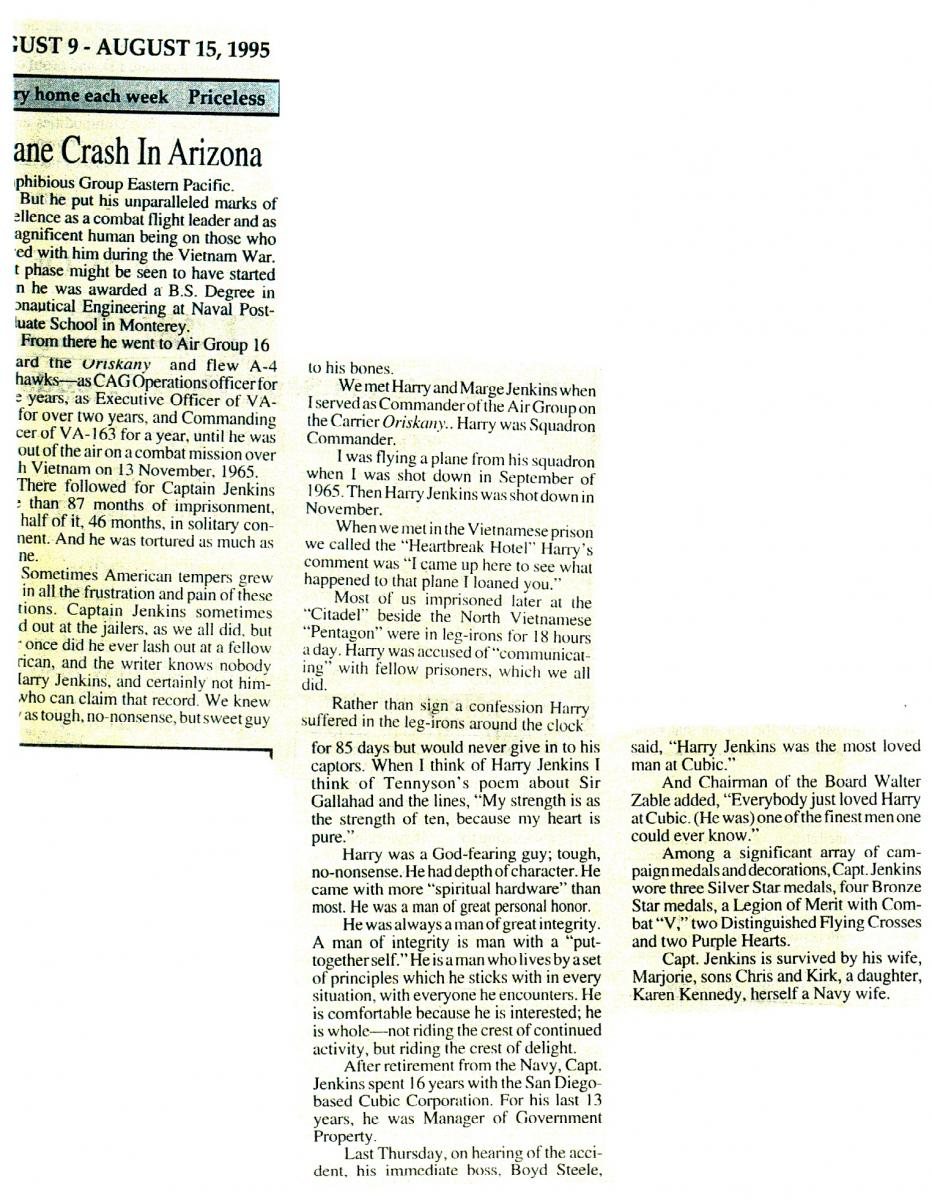 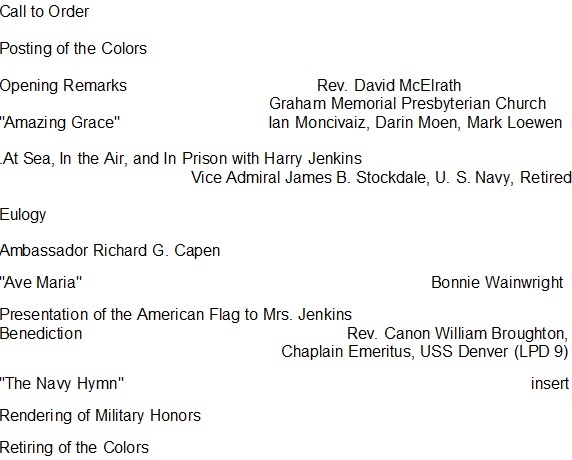 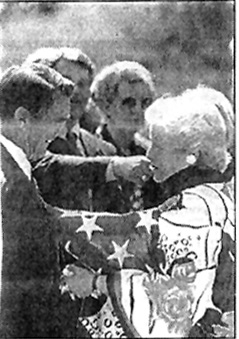 A crowd of more than 750 family and friends assembled last Friday to say a fond farewell to captain Harry Tarleton Jenkins, Jr., at Spreckels Park.

Overflowing the 600 folding chairs, and sheltering under the shade of the trees, they laughed at reminiscences of his wit in trying circumstances, as when he said to a fellow-prisoner of war in a bare Vietnamese solitary confinement cell, "nice little place you've got here."

"Give thanks your life was touched by Harry Jenkins," advised Rev. David McEIrath of Graham Memorial Presbyterian Church, who presided from the improvised chancel in the Spreckels Park Gazebo.

Admiral Stockdale recalled instances of Harry Jenkins' strength under torture in captivity in Vietnam. They had both been there for more than seven years.

Ambassador Capen described Harry Jenkins' passion for flying since age eight, his personal faith and integrity, and his strong love of his country. He also highly valued his wife and children, Capen recalled. 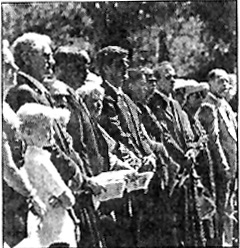 The flag was presented to Mrs. Marjorie F. Jenkins, his widow, by Commander David Jenkins, her son-in-law.

An estimated 100 fellow prisoners of war came from Coronado and from across the nation.

The benediction was given by Rev. Canon William Broughton, Chaplain Emeritus of the USS Denver, a ship once commanded by Captain Jenkins during the evacuation of Vietnamese civilians at the end of that conflict.

There was a color guard, a rendering of military honors by the firing of a rifle salute and the playing of Taps by a Navy bugler.

The service concluded with a flyover of F-14 fighter planes in final salute to Captain Jenkins. 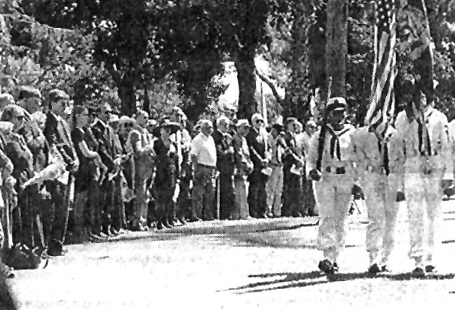 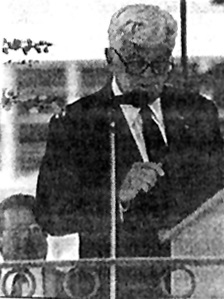 A two-seater, home-built plane crashed on takeoff late Wednesday in Prescott, killing one man and injuring another, police said.

The single-rear-engine plane was taking off from Ernest A. Love Field, the main runway at the Prescott Municipal Airport, when it went down around 8:40 p.m., Prescott spokesman Greg Fister said. 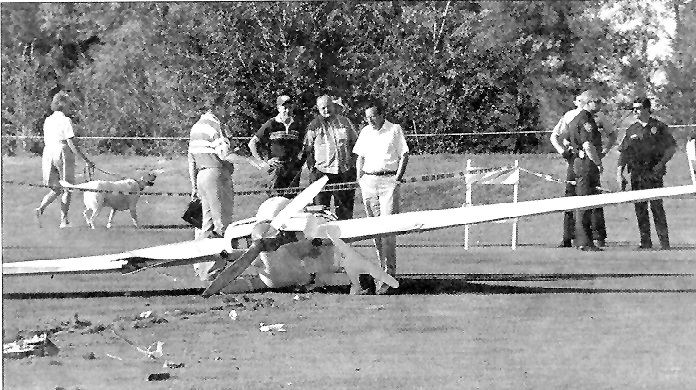 Fatal flight in Prescott Investigators and onlookers survey the wreckage of an aircraft that crashed on a Prescott golf course, killing the pilot. Harry Jenkins, 68, died, and his son, Chris, 44, was seriously hurt Wednesday when their experimental, single-engine craft plowed through a fence while taking off from the Prescott airport. Both men were from California. The crash is under investigation.