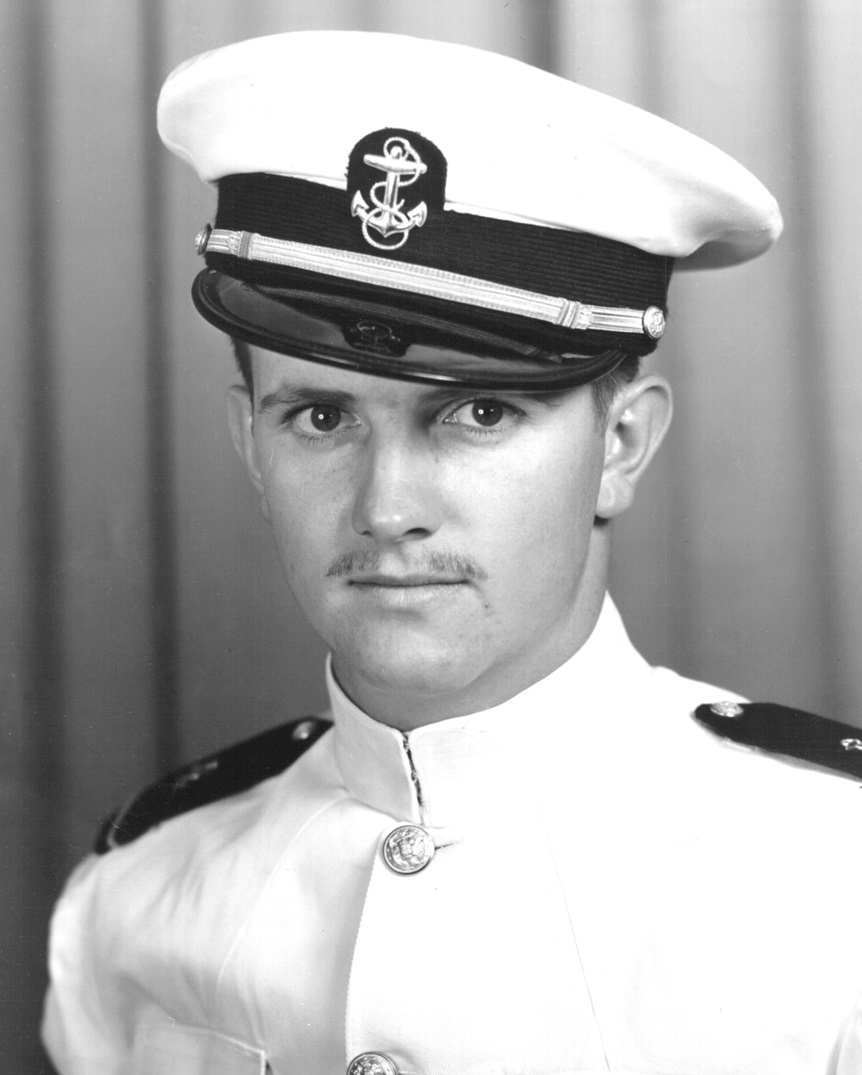 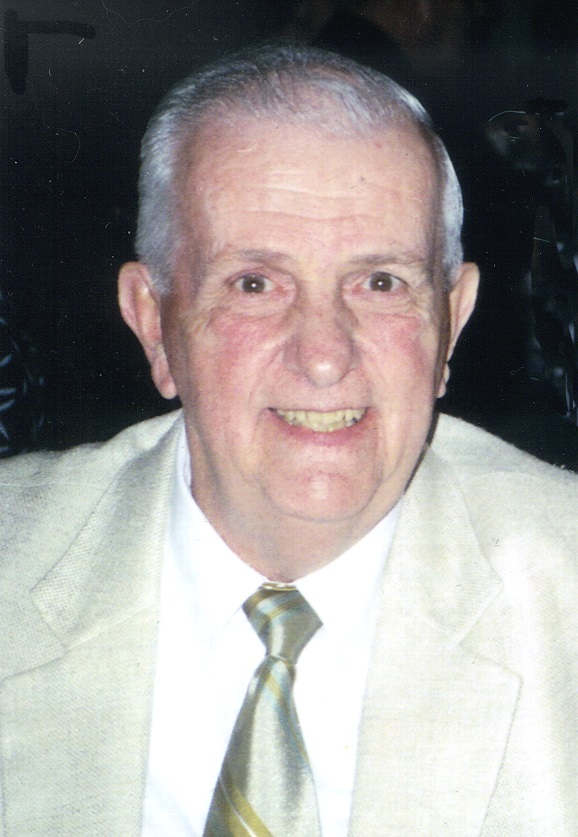 I have enclosed two short stories I hope you can use. I am reviewing other materials including pictures, copies of orders and other memorabilia to see if there is anything of value you may use. It would be helpful if you could advise me of any specific listing you are looking for. Call me.

The history of the flying midshipmen must contain an adequate preamble covering the V5 program contribution to the initial enlistment and preliminary training of all the flying midshipmen that I personally knew. I believe all naval aviators presented wings in 1947, 1948, & 1949 came initially through the V-5 program. Perhaps a couple dozen came from academy graduates or from black shoe volunteers.

A footnote to the V-5 Program should note that all enlistees were volunteers and were apprentice seaman (lowest rank in the Navy) and received the princely sum of $50 per month less $6.40 for G.I. insurance until they became aviation cadets or midshipmen.

I would like to point out the “Pre-Flight,” lasting 12 to 16 weeks and covering the subject of aerology (weather), navigation, theory of flight, radio, power plants, survival, military drill and physical training, was somewhat of a misnomer since all of us arrived at “Pre-Flight” with 8 to 10 hours of yellow peril N3S flight time consummating with a solo flight. Those who did not solo were washed out of the program at that point.

My personal story of signing on the Holloway Program was quite simple. After I soloed in the N2S at NAS Dallas, I reported to “pre-flight” NAS Ottumwa on 18 Dec 1946 along with 50 to 100 other Aviation Cadets. And it was cold –5 to +10 above with a good north wind and all we had in outer garments was a thin gabardine “raincoat’ (it didn’t shed water, it soaked it up). We were quickly mustered into an indoctrination meeting to explain the new Holloway Program.

The meeting did not last too long. After less than 30 minutes of program explanation, the punch line was delivered:

ALL THOSE WHO SIGN UP TODAY WILL BE
GRANTED IMMEDIATE LEAVE THROUGH THE
HOLIDAYS. ALL WHO DID NOT WOULD REMAIN
ON BASE FOR GUARD DUTY.

Our signatures were delivered faster than for a $100 an autograph sports show.

After we newly winged Midshipmen arrived on the west coast for fleet duty orientation at NAAS Ream Field in late summer of 1948, one of the must do items on our shore leave agenda was the bull fights in Tijuana. So it wasn’t long before a group of us green midwestern boys found our way to the bull ring on a festive Sunday afternoon.

Our education in the full pageantry of bullfighting followed. After each bull was ceremoniously dispatched, a less than ceremonious disposal was effected. A team of mules was hooked up to a rope around the bloody carcass and it was dragged out of the ring.

We noticed that each time during this removal process, several kids stationed strategically around the top row of the bull ring threw out over the crowd a small cloud of confetti-like paper pieces. During the removal of the third or fourth deceased bull, several of these paper pieces about the size of a small business card floated down to our front row seats. They read:

To my knowledge not one of our group of that day ever ate at AUGIE’S.

Here is another short story about our training with Brazilian Air Force Officers.

This also points out that we were not treated like “Officers” until very late in our training.

Up to our introduction to fleet (single engine) type aircraft at Jacksonville we were treated as trainees who should be treated like the great unwashed.

The multi-engined aircraft trainees completed their training at Corpus Christi and I cannot recant their treatment in this regard.

As to my nickname, I was “assigned” it at my first duty station within a week of reporting aboard.

One of the first items on the agenda of all Navy recruits is the close order drill training. Within 2 days we were out on the drill field under an unforgiving July Tennessee sun for one to two hours per day in tee-shirts and shorts. My northern pallor soon became a hot pink color. At the end of the first week as I was coming out of a hot shower after drill, a senior cadet wag noticed my color and coupled it with my last name he assigned the PINKY moniker and it stuck like velcro.

At the bottom of my old papers I found the handwritten poem enclosed. I cannot interpret some of the alphabet abbreviations as they are beyond my recollection. The “10 and 4” refers to 10 demerits and 4 hours of walking the rifle assigned by instructors or battalion officers for rules infractions. I have no clear recollection of the woman who wrote the poem.

TO ALL MIDDIES AND CADETS
SEPT 1947

Blessing, future Gentlemen
All Cadets and Midshipmen
With your clean starched khaki clothes
With your peeling sun-burned nose
Shiny shoes without a speck
Gold fouled anchors at your neck
On the line or to the show
Counting cadence where you go

Dreaming dreams of steak and roast
Getting “ala king on toast”
With the sun upon your back
Roasting still when in the sack
CDOs and MODs
MAAs and OinCs
CABs and ground school boards
Room inspection by the hordes
Work details and shining brass
Not allowed upon the grass
Liberty comes but once a week
“10 and 4” when e’er you speak
Taps at ten – then reveille
When you’re snoring peacefully
Quietly taking this rough life
Knowing ‘tis no good to gripe
Overlooking all these things
Striving for your little wings
When your wings at last you’ve got
When your nerves are nearly shot
Thank your lucky stars – or curse
Cause it could have been much worse.

In early 1949, a few months after the first flying midshipmen were posted to the Pacific Fleet, a high level decision was passed down to add night carrier landing training for squadrons stationed at NAS Alameda.

Shortly thereafter a schedule was posted for night landing practice at the base. The routine was to make it shipboard-like with a Landing Signal Officer properly lighted, a safety officer with jeep mounted radio and a designated assistant with the ubiquitous clipboard to record events. A runway would be designated as the flight deck with the LSO and crew positioned as if on the carrier. An additional wrinkle was added – at least 6 touch-&-go landings to assure proficiency.

This training routine with repeated touch and go landings resulted in a squadron of 16 planes forming a very stretched-out long, slow race track formed tail chase stretching over a large area of San Francisco Bay. And all at a 100 to 150 ft. altitude.

The bay area is very pretty at night with a million lights around the bay, on the bridges and ships in the bay. Even with the planes with their running lights on they were hard to pick out in the kaleidoscope of lighting.

The first practice session fell on an F8F squadron. They were less than thrilled. Several of us short timers were “invited” to observe and learn for our time was scheduled shortly thereafter. We were directed to an observation deck near the tower.

The squadron took off, joined up north of the field then returned as if coming back from a strike mission at sea. The first round of landings was com-pleted without incident. Now the squadron was really strung out after the touch & go and the northern-most turn of the racetrack tail chase was very close to the Bay Bridge. What we dive bomber pilots observed was very educational.

After about the third round of touch and go landings, the officer with the clip board started an animated discussion with the radio control officer on the jeep. Several appeals seemed to go out over the radio. Then all planes were called in for a final landing. Still the LSO, radio officer and officer with the clip- board continued an animated discussion and repeated appeals on the radio. It seemed that one of the aircraft was unaccounted for.

About this time a singular totally wet figure trudged slowly up the runway from the direction of the bay. The pilot of the missing aircraft!

His story was quite simple.

While flying on his second downwind leg about 100 feet above the bay, his attention was diverted into the cockpit for a few seconds. The next thing was the wake-up call when the plane hit the water, went over nose down and he exited under water. He came up (now wide awake) located the base lights, swam ashore and walked the field back to the LSO area.

The F8F was never found. To the best of my recollection, there were no more simulated shipboard night landing practices at Alameda in 1949.

James "Jim" R. Beloved husband of Geraldine Redden (nee Patten). Loving father of Jamie Redden of Austin, TX, Robert (Deborah) Redden of Cincinnati, OH, Bruce Redden of Las Vegas, NV, and Cinde (Jason) Nants of Pleasant Plain, OH. Devoted grandfather of Jessica and James Tyler Nants, Brooke, Michelle, and Christopher Redden. Cherished brother of Harold Redden of Fairfield,OH, Nancy Dasbach of Wilmington, NC, and Sandy Redden of Cincinnati, OH. Passed away Saturday, January 7, 2012 at the age of 84. Raised in Springdale, Ohio and graduated from Mount Healthy High School in 1945. Joined the Naval Air Corps and became a Flying Midshipmen (Class 1-47) in 1945. Graduated from the Ohio State University in 1952. Worked at General Electric in Evendale from 1952 to 1982. He enjoyed retirement, traveling with his wife and family, organizing Mount Healthy High School yearly reunions, and membership in the Flying Midshipmen. In lieu of flowers a memorial contribution may be given to the Flying Midshipmen Endowment Fund/The USS Midway Museum at www.flyingmidshipmen.org/midway.html. Visitation will be held Thursday, January 12, 2012 from 4:00-8:00 p.m. Funeral services will be held Friday, January 13, 2012 at 10:00 a.m. at the Gwen Mooney Funeral Home (513-853-1035). Interment Oak Hill Cemetery. Sympathy may be expressed at www.springgrove.org.

Published in The Cincinnati Explorer on January 11, 2012.