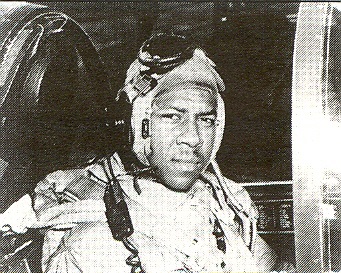 In the early days of our flight training at NAS Corpus Christi we often took the bus into town on liberty for an eve­ning of dinner and relaxation. One afternoon I was sitting on the bus as it was being loaded with trainees, all happily chattering as they looked forward to their evening. One particular midshipman entering the bus caught my eye. He received the mandatory salute from the seaman at the bus entrance, and then proceeded to walk all the way down the aisle past the rows of empty seats to the back of the bus. I shall never forget the look on his face, and his posture. His look was one of calmness and dignity, and his walk was one of pride.

He went to the back of the bus because he was black and could not sit with rest of us. He was to become the first black naval aviator, Jesse Brown. From him I learned about courage and dignity and what it meant to be black in America. Later, while at Amherst College I did pro bono work for an organization helping troubled black kids from Har­lem. (My boss at that time was a man who a few years later came up with the idea that led to the establishment of the Peace Corps.)

“Incident at the Chosin Reservoir” 1

On December 4 [1950], damage from small-arms fire forced down Ensign Jesse L. Brown near the Chosin Reservoir. Brown, a Corsair pilot with [U.S.S.] Leyte’s VF-32, was the Navy’s first black naval aviator. It had not been easy to move from childhood poverty in Mississippi to wings of Gold, and he had endured his share of discrimination, both as a youth and as a naval aviation officer candidate at Pensacola. Such attitudes reflected the times: a 1941 book for naval officers’ wives living in Pensacola suggested they hire black servants, but warned about theft, but warned about theft, since black women, the authors cautioned, had to support their unusually lazy husbands and numerous off-spring.”2 Brown managed to overcome this climate of casual racism, and received his wings in the fall of 1948. When Leyte went to war, he proved an aggressive and able fighter pilot.

On December 4, piloting one of four Corsairs launched on an armed reconnaissance of the Chosin area, Brown, flying as section leader, received a damaging hit on his plane’s oil system. Unable to climb or bail out, he selected to belly-in on the soft snow five miles behind Chinese lines. But the plane broke up on landing, and though Brown slid back the canopy and waved, he made no attempt to get out, even as smoke started pouring from the wreckage. While the flight leader radioed for a rescue helicopter, Brown’s wingman, Lieutenant (j.g.) Thomas Hudner, decided to help his trapped section leader. Time was of the essence; and even if a helicopter arrived, it would do so after dusk. He jettisoned his drop tank and napalm bombs, fired his rockets, and executed a carrier-like approach, force-landing within 100 yards of Brown’s wrecked plane. Hudner, at great personal risk, attempted to free Brown; he even scoped snow onto the wreckage to prevent the smoke from flaring into flame. A Marine rescue helicopter soon appeared over the hills and clattered to a landing, its pilot helping Hudner trying to free Brown, who now lapsed in and out of consciousness. Injured internally, the trapped pilot finally passed out, and died quietly as the two aviators worked frantically to free him. As night approached, the two men abandoned their task and wisely flew off under the protective watch of Corsairs, landing at Yonp’o [airport]. Several days later, with retrieval now out of the question as the wreckage lay deep within hostile territory, Brown’s squadron mates flew low over the crash site; determined to prevent desecration of the downed pilot, they drenched the site with napalm and created a surrealistic image of fire and ice that added a Wagnerian touch to this tragic story. On April 13, 1951, President Truman presented the Medal of Honor to Tom Hudner at White House ceremonies. On February 17, 1979, the story came to an end with the commissioning of the U.S.S. Jesse L. Brown (DE-1089). Present was the barrier-breaking pilot’s widow, and at her side stood Captain Thomas Hudner, USN.3 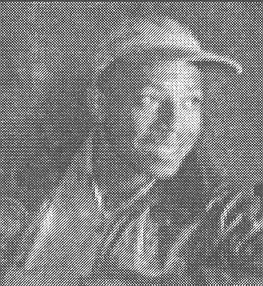 JESSE BROWN was a striking figure when he arrived at Ottumwa Pre-Flight. It occurred to all of us that we had seen no other Negros in the V-5 Program. (The terms ‘black’ and ‘African-American,’ were not in use at the time.) I recall being a bit surprised that the Navy was broadening the ranks. I think all of us were pleased to have him at Ottumwa, but didn't re­alize that he was the very first black to aspire to wear Navy wings.

We also didn't realize that Jesse's family were share croppers in Mississippi. Being five classes after ours, I had no more than a speak­ing acquaintance with him, but sensed he was a gentleman and a natural for the Program.

As we all moved through the flight training phases, I remember hearing that Jesse had some difficulty in Basic Training. There had been talk of unfair treatment on the part of his check pilots. In any event, he had gone before a Flight Review Board and was given additional flight time rather than being dismissed from the pro­gram. Jesse subsequently completed Advanced Training in single engine aircraft at NAS Jack­sonville.

It wasn't until recently, on reading Theodore Taylor's book, "The Flight of Jesse LeRoy Brown,1" that I realized how mentally and emo­tionally difficult the Program had been for Jesse. Being black in a sea of white, all the while be­ing subjected to the discrimination prevalent in those times, was an uncommon burden. Accord­ing to Taylor's account, Jesse more than once ago­nized over the situation and considered giving it all up. But, to his credit, he stuck it out and became an outstanding Naval Aviator.

The details of Jesse's death while flying in Ko­rea were sketchy to me. Then Theodore Taylor's book provided a vivid account of his life. The situation, as the Chinese entered the war, was a particularly vivid reminder. I highly recommend his book, but in the meantime would like to share a few excerpts: 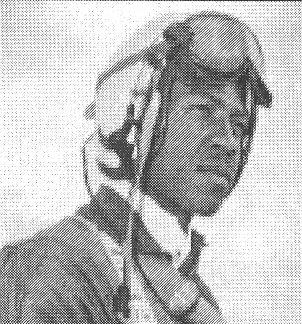 "The Marines were completely surrounded, fight­ing fiercely as they retreated; wounded riding trucks, walking wounded slogging and stumbling along. More killed, more wounded. The Chosin retreat would go down as one of the most agoniz­ing yet most successful in military history. Brav­ery and heroism went with each painful step. Those who survived became known as "The Chosin Few.”

"Never in the long history of the Corps had there been such a brutal winter ordeal as was happen­ing now to the foot soldiers on the twisting mountain road. The long columns of trucks and walking wounded slowly making their way south, dying under enemy fire, freezing to death down there. Fingers and toes turned purple and black from frostbite, soon to be amputated … Their only help and salvation was from the air.

"The planes dropped to about to about 500 feet to search for targets after they'd crossed the desolate coastline well north of Hungnam, the point of salvation for all the Americans grind­ing south through the Communist escape route gauntlet. They were flying along the west side of the Chosin …

"Lacking heavy antiaircraft guns, the Chinese infantrymen had their own technique of trying to deal with low-flying enemy aircraft. They'd lie in the snow in their white uniforms and point their rifles straight up, then fire simultaneously …

"Jesse replied calmly, 'This is Iroquois 1-3, I'm losing fuel pressure. I have to put it down.' One of those unlucky rifle bullets had hit a gas or oil line. He was 10 to 15 miles behind enemy lines …

"Jesse spotted a snowy clearing about a quar­ter mile in diameter almost on the side of the mountain, in an upgrade of about 20 degrees …

“It took a few minutes for the shock of the crash landing, the fright, the slamming physical and mental punishment, the screech of metal shear­ing to wear off. He tried to move his legs but realized the knee was jammed by the buckled fuselage against the control panel, straddled by his feet. He was trapped, deep in enemy territory …

"Without hesitation (LTJG Tom) Hudner made the decision to crash land beside Jesse … Hudner felt he was indestructible and with the Corsair and its big engine and nose up there acting as a plow, he could put it down and walk away to save Jesse's life …

"Jesse, bareheaded, was sitting in the cockpit, obviously in great pain, but spoke clearly and calmly, 'I'm pinned in here, Tom!' …

"Another few minutes passed and Jesse opened his eyes again to say, ‘Tell Daisy how much I love her …' Soon he took a shallow breath and then his head slumped down on his chest. Battle hardened Tom Hudner and (helicopter pilot) Charlie Ward wept.

"They wondered whether Hudner would get a metal or a court-martial for demolishing an aircraft, endangering a combat operation. A bugler played taps and Marines fired volleys over the stern in tribute to their shipmate."

"PRESIDENT TRUMAN awarded the Medal of Honor to Hudner, ending all speculation about the incident. Daisy attended the White House ceremony, as well as members of the Brown family."

PRESIDENT REAGAN on May 10th, 1987 in a speech at Tuskegee University said:

" … I'd like to speak with you about a man whose name is not so well known … Ensign Jesse Brown, the first black naval aviator.

"On December 4th, 1950, Ensign Brown's air­craft was hit while making a strafing run against the enemy. With tremendous skill, he managed to crash land on a rough, boulder strewn slope. He survived the crash, waving to his fiends as they circled overhead. They knew he was in trouble when he remained in the cockpit, even as smoke began to billow from the wreckage.

"Finally a fellow member of his squadron could stand it no more. As others attacked and held off the enemy troops, LTJG Thomas Hudner ignored the dangers of the mountains and enemy troops and made a wheels-up landing. He ran to Ensign Brown's plane, now erupting in flames, and found his friend alive, badly injured, trapped in his cock­pit …

"Now, I would like to tell you that they both made it and that, over the years, they have been the best of friends, caring about one another. But that was not to be. Ensign Jesse Brown died on that slope in Korea. When he risked his life for those be­sieged Marines, Jesse did not think of the race of those he sought to protect. And when his fellow pilots saw him in danger; they did not think of the color of his skin. They only knew that Americans were in trouble."