During the Korean War CAG-19 aboard USS Princeton kept busy knocking out railroad and highway bridges. They strafed and rocketed truck convoys and trains loaded with supplies that moved along confined roads and rail-lines through narrow snow covered mountains and frozen valleys.

The North Koreans moved mostly at night and remained hidden as much as possible in daylight. While supplies were transported under the cover of darkness, hundreds of North Korean and Chinese workers laid rail-lines over frozen river beds where large steel bridges had been bombed the day before.

VC-35 was tasked with night interdiction. Using the naked eye and helped by radar, the squadron’s OinC, LT Frank Metzner, and his pilots sought target and when they found them they lit the sky with tracers, rockets and exploding bombs.

At first light one morning CVC-35 pilots, flying AD-4Ns, spotted several trains in succession making a dash for the mouth of the nearest tunnel into a mountainside. LT Metzner and his flight waited but the trains did not emerge from the other side. Discussing this back on the carrier the flyers came up with an idea and proposed it to RADM Ralph Ofstie, who commanded TF-77. Why not drop a large bomb with a delayed fuse into the mouth of a railroad tunnel?

The admiral was skeptical because the bombing aircraft would have to approach the target low and slow, susceptible to ground fire. Secondly, the largest of the North Korean tunnels were only 17 feet wide so the bombers would have to be extremely accurate. It was decide that a division of F4U Corsairs from VF-192 or VF-193 would roll-in and strafe the area surrounding a tunnel to suppress enemy fire as the Skyraiders followed shortly thereafter, carrying up to three 2,000-pound bombs which they would release one at a time. 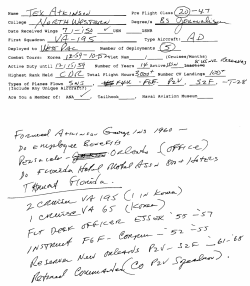 RADM Ofstie agreed to try the concept. I was in VA-195 at the time and we had been asked to contribute our ideas. We agreed with VC-35s tactical plan. We would fly low along the tracks that led to the tunnel, release a bomb, then climb up and away to clear the mountain. On our first hops some of us dropped too soon and too fast. The bombs hit short, tumbled into the air and exploded without doing any damage. Thereafter we slowed our run-ins, sometimes using partial flaps and in effect, made wheels-up carrier landing approaches to tunnels.

From March to May 1951, VC-35 From March to May 1951, VC-35 and VA-195 flew many tunnel strikes hour mission. LT Atlee Clapp, an outstanding pilot, led my division most of the time. He was the first to put a 2,000 pounder directly inside a mountain tunnel. The explosion drove dirt and debris out the other side so far that from our ringside seat it looked like the world’s largest cannon shot. After nearly 50 years I still have a vivid image of that hit and of our other tunnel bust experiences. One day, flying with ENS Bob Bennett and two others from VA-195, we spotted a locomotive seemingly out of control, speeding out the end of a tunnel after we had exploded a bomb inside. We chased and strafed it until someone in the flight radioed, “Hold up! Check ahead!” The runaway locomotive was heading into a rail yard. We gained altitude and watched and the locomotive rammed into parked box cars, sending twisted metal and debris in all directions.

After a time we were able to place nearly half of our bombs into the mouths of the tunnels and since we flew in four-plane divisions with three bombs each, that meant six 2,000-pounders found their mark on a typical tunnel-busting flight, knocking out two to three tunnels per four-hour mission. The Skyraiders and Cor-sairs sustained only minor damage and we suffered no casualties on tunnel busting flights.

I received the following comments on tunnel busting in a letter from VC-35’s John Ness, a LTjg during the Korean War:

“In tunnel bombing, I personally don’t remember ever getting slow or using flaps in the approach. I kept my speed up (170-180 knots) and flew 100 feet over the tracks. Close to the release point, I started a slight descent in order to ‘fly’ the bomb into the tunnel opening. It seemed to work. I had watched others precede me in trying to skip the bomb in, and it really got scary as to how high those bombs went when they hit short and bounced.”

“We carried smaller bombs which we dropped to get the feel before releasing the 2,000 pounders. This added to one’s vulnerability as you were climbing the mountain on pull-up with a heck of a lot of ordnance sill attached to the plane.”

“In view of the bomb stations for the heavy bombs, I always released the center station first (aiming high because of the center bomb cartridge ejection system). On subsequent approaches, if I was releasing a bomb on the port wing. 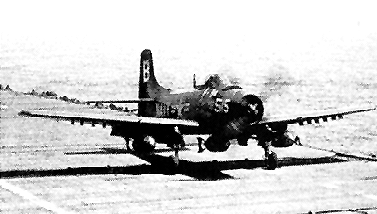 I aimed for the right edge of the tunnel and vice versa for the bomb on the starboard wing.

“I also recall that Gene Sizemore and Tommy Thompson were pretty good tunnel blasters. I think all of us were pretty lucky in that the ground fire was not all that great and the bomb fusing worked as advertised.”

In the early fall of 1950 the Korean War was underway and waiting for reinforcements. VA 195, a Navy Attack Squadron stationed in Alameda, Calif., was busy screening and training new pilots so that the squadron could be brought to combat readiness as quickly as possible and head overseas.

Dave Davidson, our exec, was one of “screeners.” Dave, myself, and jake jacobson had flown together in Dave’s “Tiger” division on a lengthy Pacific cruise which had ended just before the conflict started. The 4th member of our division had been transferred and Dave was checking the new pilots to find a replacement to fill our vacant slot. 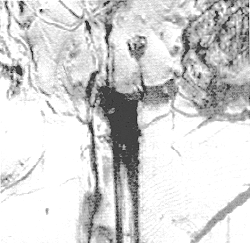 In June 1953, transferred to Barin Field as an LSO instructor. Returned to the fleet at NAS Miramar as senior LSO for Air Task Group Two under Gus Macri and deployed on the USS Hancock. Biggest scare of Navy career occurred during Operational Readiness Inspection when Billy D. Holder, VA squadron CO, had an emergency. Weather was light rain, low ceiling and a black night as Holder was making a very fast approach. He was cut with the mirror lights and the aircraft passed over the ramp, down the angled deck, power was added and he goes around again, all with his wheels and flaps up. Seems he disconnected his hydraulics when the emergency occurred but he reset the system and came aboard next pass as if he were on rails.

One of the new ensigns was scheduled with us for a routine night training flight. Dave assigned the new guy to fly his wing (my old spot); Jake flew section, I flew Jake’s wing, number four spot. Dave led our flight out of Alameda and over San Fran bay so that we would have a good horizon and enough lighting for practice rendezvous.

Dave was not one to take a new ensign out over dark water; with no horizon, to practice what could be a very dangerous maneuver. We made a normal break and tail chase; then Dave began a wide shallow turn so that he could turn inside and join back into formation.

As the new guy got close to Dave, Jake and I could see from his wing lights that he had thrown up a wing. By doing so, he totally blocked his view of Dave’s plane. However, Dave, the experienced old sage, was on guard and moved his AD in time so that the rookie went screaming right by; left wing straight down, right wing straight up. No way could he have any idea where Dave’s aircraft was. Not a good start!.

Dave called on the radio and said in a calm voice, “OK, let’s try it again. Number TWO do not throw your wing up; if you have to, just slide on past, but do not block me out.” We tried another rendezvous; this time it was even worse. Number TWO came barreling in at high speed, stood the AD on its wing, totally losing sight of Dave’s plane. Dave made a fast climb, just in time, and TWO went skidding on past – Jake and I thought the new guy had caught Dave with his wing.

Dave kept his patience and then let the new ensign make a V-E-R-Y S-L-O-W join up. Then Dave called, “OK, Tiger flight, let’s close it up and head for the barn.” We landed, secured the aircraft and headed for the Ready Room. Number TWO was the last to enter. Dave took a hard look at the newcomer, studying him carefully, then asked to see the goggles strapped to his cloth helmet (before hard hat – remember?). Number Two’s goggles had lens that that were so dark they looked black. When asked, “Why would you do such a stupid thing?” He replied, “Well, you see sir, by wearing the dark lens while night flying, I have no trouble with night landings. When I am ready to land, I simply lift my goggles and everything is just like daylight.”

The next morning the new ensign was no longer assigned to our squadron. 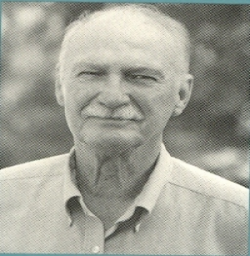