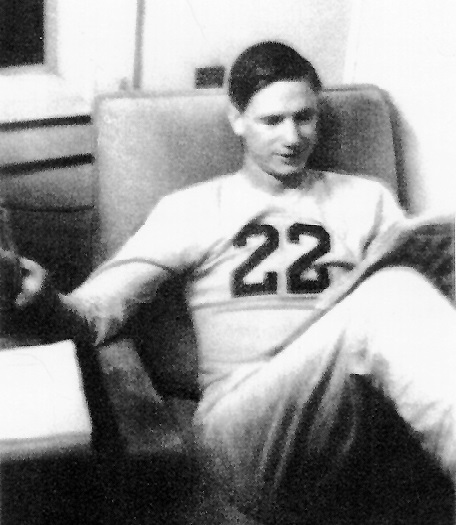 Experiencing the Margin of Flight
by Dick Palmer

In the summer of 1950 the Korean conflict had been perhaps several weeks old as we pre-flighted our PBM-5A for routine flight into that combat arena from Itazuke AFB, Fukuoka, Japan. We were to pick-up a now nameless Admiral and staff, according to schedule. While LTjg Jack Pefley, our PPC, prepared his flight plan, ENS Russ Roberts, his PP-1P, set out to capture a few box lunches for the crew, encountering an Air Force sergeant along the way who requested permission to load mail for destination Naval units without mail since the conflict began. Envisioning perhaps three or four bags, Roberts gave his o.k. But when the mail arrived it was not three or four bags but a whole truckload from which our 5A was filled to its watertight doors, stem to stern! Conventional wisdom certainly dictated a recomputation of weight and balance, but aware that the Admiral expected our arrival on schedule, our dauntless pilots felt constrained to stick to their flight plan, taking-off without further ado.

As Russ Roberts recalls, we barely made it off the runway that day, missing a fence at the end of the runway by perhaps a few feet, if not inches. Beyond that point were some five miles of rice paddies, enclosed in bowl-like fashion by low-lying hills. Normally inconsequential, these hills became an unexpected challenge upon discovering that we could do no better than manage a low-level skim over the intervening terrain at about ten feet of altitude. Even the gentlest of turn induced loss of altitude, compelling us to proceed straight ahead with engines at bone-rattling military power settings, wheels up, flaps down. But to make matters worse, a badly smoking port engine forced us to reduce to climb power on that engine, starboard remaining at full military. Approaching the hills we finally managed gentle turns to the starboard, about five degrees wing down. Now headed seaward, away from the hills, at some forty feet of altitude, we next encountered the City of Fukuoka, its daunting structures formidable obstacles at our flight altitude. It was at this point that I personally noted our predicament, gaping out at the still smoking port engine from our forward bunkroom, chimneys and smoke stacks zipping on by as we literally flew down the streets of Fukuoka at roof-top level. The astonished citizens of that city could hardly forget the tumultuous roar accompanying that bizarre event!

Clearing the impediments of Fukuoka, the sudden transition to over-water flight afforded us profound relief. Our rapid fuel burn-off had, by that time, and additionally permitted us to bleed-up flaps and reduce to climb power. And although we settled very low in the water at our destination, the remainder of this flight was uneventful.

One might recognize that a conventional PBM, similarly loaded, might never have made it off the water since PBMs generally porpoise badly when poorly loaded. The fact that this particular event did occur, given a runway take-off, demonstrates what must have been the upper marginal limit of the PBM to manage flight under such adverse circumstances, including elevated summer temperatures.

That same summertime sun also bore down heavily on the Admiral, his boat tying alongside directly after engine shut down. Informed of our ponderous load and the circumstances under which it was received, the Admiral, by now sweat-drenched, agreed to step aside as we began off-load. But apparently noting that the operation would take some time, he reached down into the after-station, picked-up a small red airmail bag and, making sure that no one missed the point, tossed it into the boat and again stepped aside. You should have seen his staff leap to the task, as did our pilots! With some six officers assisting in the effort, our plane was off-loaded in short order and that memorable mission drew to a humorous close!

[Lou - Dick Palmer, who wrote this, was a young radioman on the flight]. The connection with AvMid’n is me, Russ Roberts. If used, suggest that Dick receive credit for the very clever write-up.]