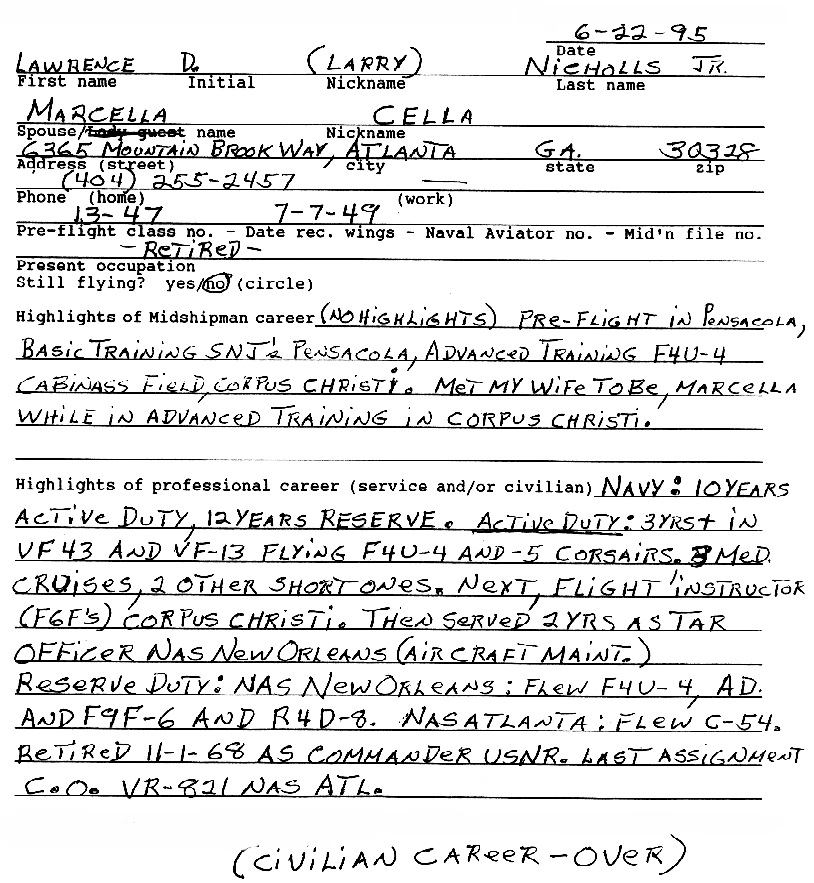 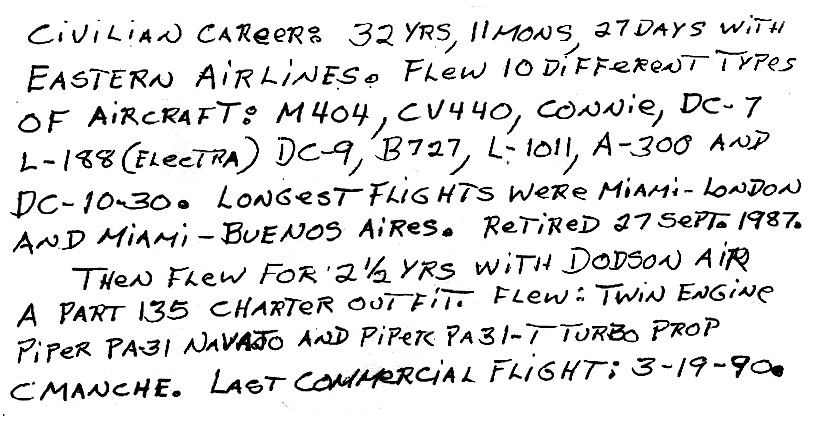 "After earning my wings, I was assigned to the Atlantic Sixth Fleet, serving in VF-43 and, later, in VF-13, flying F4U-4 and -5 Corsairs for a little over 3 years. Deployed on 5 cruises on 5 different aircraft carriers. Next tour of duty was as a Flight Instructor (F6Fs) at NAS Corpus Christi, Texas. Applied for and was accepted as a TAR (Training and Administrative Reserve). Attended Aircraft Maintenance School, Navy Memphis, and assigned as Assistant Aircraft Maintenance Officer, NAS New Orleans. Met several airline pilots there and decided to leave the Navy for an airline pilot career with Eastern Air Lines."

"After retiring from Eastern, continued to fly commercially with Dodson Air, owned and operated by a friend. We flew Comanche turbo prop and Piper Navajo aircraft. Had the good fortune to fly with my own son, Scott, before he left us to fly for an airline. Last commercial flight was 3-19-90."

"Am now starting the retirement life with a lot of tennis, some scuba diving, fishing, and an occasional trip or two, such as going to fish in Venezuela. Health is good, thank the Lord, and am enjoying life as much as I can." 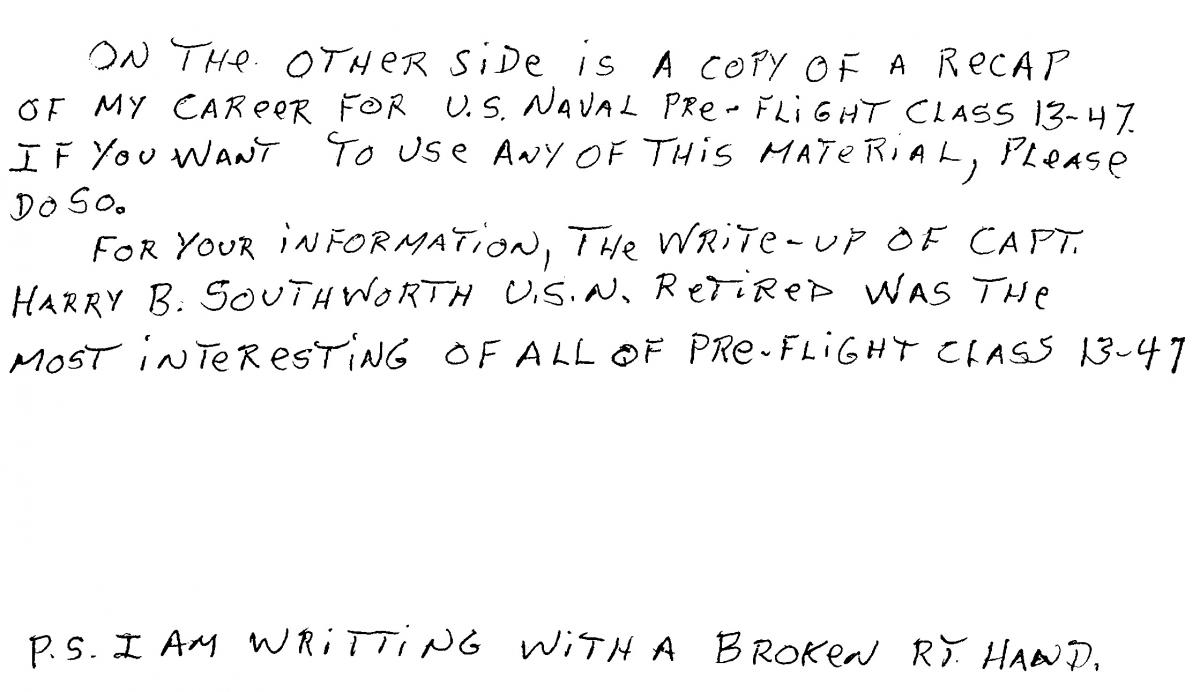