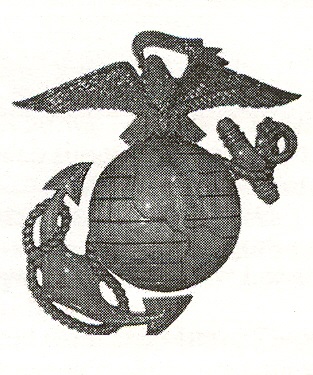 I was selected for the Naval Aviation College Program [NACP] and attended the University of Southern California 3 semesters and a Summer session before reporting to Pensa­cola in Feb 1949. I was an Aviation Midshipman in Class 5-49 [same class as Neil Armstrong, Bob Smith, Joe Akagi, Ken Schechter, Jerry Bell, and others] and completed flight training in August 1950, flying F8F Bearcats. At the con­clusion of flight training I desired to join the Marine Corps. Since the Marine Corps could not accept Navy Midshipmen in their squadrons, it was necessary for me to resign as a Midshipman and become a NavCad for about I week [time it took for orders and commission as a Marine 2nd Lt to pro­cess].

After Jet Training at JTU-1, Whiting Field, in TO-1s, I re­ported to VMF-122 at Cherry Point, NC. We flew F2H-2 Banshees and were deployed on a Med cruise aboard the USS Oriskany. After the Med cruise, I was transferred to VMF-115 for deployment to K-3 [Pohang] in Korea. Flew F9F-4 & F9F-2 Panthers out of K-3 during the war.

Had a number of close calls including a "cold" cat shot off the USS Coral Sea [splashed off the bow in the Atlantic dur­ing Carquals-scratch one Banshee]. Also ejected from an F9F-2 after my plane was "shot up" by shrapnel from a 260# daisy cutter [with proximity fuse] that exploded on my flight leader's plane over Korea [Capt Howard "Soup" Campbell was killed instantly].