“The Story of an Unrequited Love Affair” * 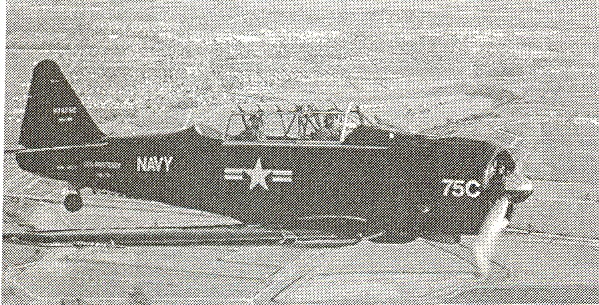 While retired here in Monterey, one of my pre-flight classmates, Tom Woolcock, showed up. We eventually got into a Stearman project because my son, Jeff, pushed us. Sometime after we completed the Stearman project, Tom became the manager of the Monterey Navy Flying Club.

Then about 1979 we saw an ad for an SNJ/T-6 kit from Ed Kalleta at Brown Field.** He had literally tons of not too clean SNJ/T-6 parts that he had bought from a desert parts farm. We bought a kit in 1980 and began the assembly process in our garages at night … then moved on the big stuff on weekends. We had to scrounge for an engine and a prop.

It took us almost six years, but we finally got it all together and flew the rascal. We did all sorts of taxi tests and runs down the runway. When we flew it I had no gripes. It was in trim and light on the controls. Since Tom carqualed on the USS Monterey we decided to paint it as though it were a ship's plane. The tail hook is real, but the shank is not and there is no damper device … it is just bolted to the tailcone. 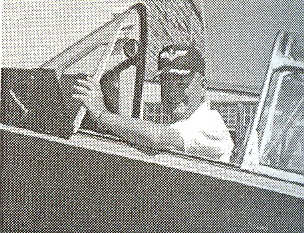 Then in July 2000 I took it to an air show in Grass Valley [California]. Margaret was in the back seat when we landed. Unfortunately there is a steep slope on the right hand side. We landed in calm conditions, but not for long, as we headed for the ditch!!! Couldn't stop the swerve so I decided to go around. (Incidentally, it turned out that the right brake had locked.) Got airborne and made an easy turn, but as I was below the runway, my left wheel struck the side.

Now, I have done ground loops with students, but this was altogether different. Took all three wheels off, broke the prop, dinged the main spar, and broke Margaret's collar bone!! After all the dust settled and Margaret was repaired, I called our kids and told them. When Jeff was sure Mom was al right, his next words were, "Don't sell the plane!"

I wasn't too enthused since I felt a little too old to undertake the repair job. Besides Tom had lost his medical clearance and wasn't too interested in joining in.

Well, cooler heads prevailed and we did rebuild it. It's a better plane now. We found a center section and right wing in Canada. The left wing was rebuilt, the engine over­hauled, a new prop installed, and since we were at it we gave it a new paint job. Had it back in the air in 2003. Not too bad for a couple of Attack pilots!!

We fly it in local air shows and are members of CAF. Also, we help train formation flying and have BIG fun doing it. Flew it to Oshkosh in 1998 and 2004. It's been quite a long journey since we bought the kit in 1980, but we wouldn't have missed it for the world! 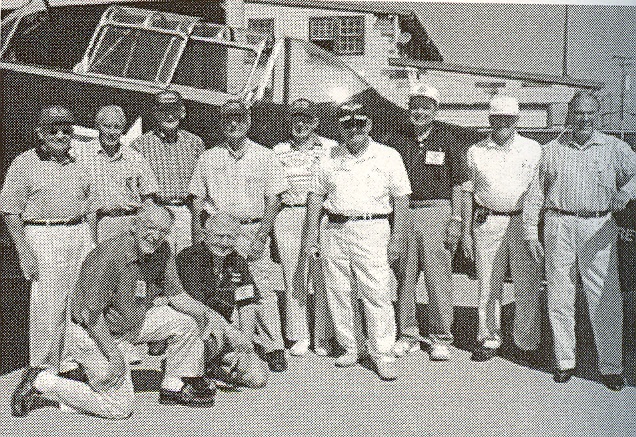