“The Pinnacle of My Career” * 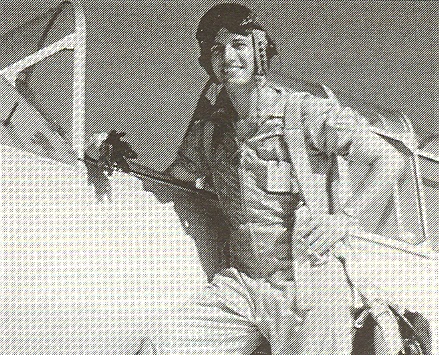 My experience is similar to a number of others. I had no money for college ... then a Naval Officer spoke to our High School senior class and left some ap­plications. It was then on to ONOP in Cincinnati to be the only one of twelve to survive the testing. After two and a half years at the University of Louisville, it was on to Pensacola, Corpus and the West Coast. I think it was more the fear of failure than ambition that got me through all the training. But once I got to the fleet I loved it more than anything I could have imagined. I was with VP-1 deployed to Japan happily anticipating a 30-year career in the Navy when I flunked an eye chart test.

I was then grounded, ordered to Amphibious Training at Little Creek VA, then to an AKA for shipboard duty. It was as if the Navy was giving me maximum punishment for busting that eye test. They apparently couldn't find any kind of aviation facility to order me to. I floated around for about a year, very unhappy, then after a lot of difficulty was allowed to resign my regular commission to accept a reserve commission, but was given inactive duty. It was then I got into corporate aviation ... a great way to make a living in flying. I spent a total of 40 years in that capacity, ending up with 45 years doing what I loved.

While at the May 2009 FMA Reunion at Pensacola, I heard Neil Armstrong say that he had to leave the Navy to continue his career in the space program. I thought, WOW! He and I have something in common. But that wasn't all. On the day he landed on the moon I was in Brighton, England watching his exploit on television with a English family. After watching this excitement, my host, an English banker, rose and raised his glass and said, "I'd like to congratulate the people of the United States for this incredible accomplishment." I could think of nothing else to do, so I stood up, raised a glass and said: "On behalf of the people of the United States, I accept your gracious congratulations." Because of Neil Armstrong, I got to represent all the people of the United States. Maybe that was the pinnacle of my career.