“How It All Came About”

When I was 7 years old my father answered my request for an airplane ride. We went up in a FORD Tri-Motor over Sacramento, CA which was home during my child­hood.

After that flight I was hooked and wanted to fly. In my teen years in high school I played football, worked in a drug store, and saved my money. Once a month I took a bus to Reno, Nevada, and took flying lessons. You were not per­mitted to fly private planes within 100 miles of the Pacific Coast since this was during I 944-1945 and the second world war was still on.

I got my private flying license when I was 16 and I decided I wanted to be a Navy carrier pilot. I started hanging out at the local dirt field and soon was flying "ride-alongs" with some of the "Old timers." 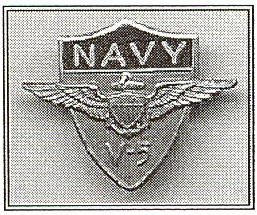 I took my tests and was accepted in the V-5 program in 1945. Upon graduation from high school in Janu­ary, 1946 I was sent to the University of California, Berkeley, to start col­lege. We lived in a large building just off campus, two to a room, and were treated as if we were in a similar environment as that of An­napolis.

We attended classes in seaman uniform, and had inspec­tions each week, as well as regular room inspections, and had curfews. When summer came after the first term I, and others, were sent to Naval Air Station Sand Point, Seattle which was converting to a base for Reserves. Much to our delight we were soon plane captains on F4Us, TBMs and dive bombers. (Got to clean them and start them!) I hitched rides in the back of the TBMs and loved the flights over the San Juan Islands and Seattle.

Little did I know that many years later I would be flying A3D's out of Oak Harbor, Washington.

While at Sand Point that summer a meeting was called and we were told "The program is changing. If you want to get out you can. If you want to stay and become an Avia­tion Midshipman, go to a college of your choice, get tuition, books paid for and $50 a month … then sign here!" They also committed to send us to the college of our choice later at some time after we got our wings in order to complete our 4 years of college. ("Right"--we thought.) The choice was a no brainer.

I went home to Sacramento and finished my first two years of college in Sacramento Junior College and was sent to pre­flight about February, 1948--Class 11-48.

Needless to say, primary flight training was a ball. I did not broadcast that I had a private license and about 100 hours in 10 different types of aircraft including the Stear­man; snap rolls and all. The Stearman checkout was inter­esting. This 17 year old showed up at a grass field outside of Sacramento and said he wanted to rent the Stearman (which I had never flown). The operator said," Well, let's take a few turns around the field." After asking him what he recom­mended for climb and approach speeds I took off. On the first approach I cut the throttle at the 180, did a side slip over the trees and .landed. His only comment was "We usually make a power approach." I did so on the next approach and then took off to solo.

My first flight in the SNJ started where many of you will remember--at the assignment blackboard. I found my in­structor and he took off with me in the front seat. He landed at one of the grass fields and said "OK, taxi to the other end of the .field." (You will remember how "easy" the SNJ was to taxi.) I said "Yes Sir" and did so. He said "you have flown before", and I replied "Yes Sir." He said "take off." I did, and that was the beginning of a great Primary training period. The rest of flight training, instruments, carquals, etc. was a wonderful experience. 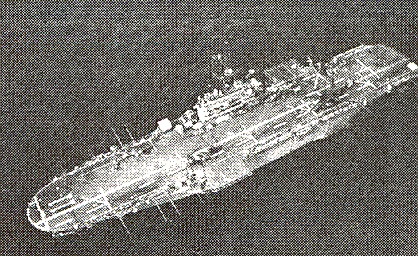 I was sent to Corpus Christi for training in the TBM, then back to Pensacola for carquals, received my wings, and then to San Diego to VA-115 flying the AD. When the Kore­an war broke out we were on the first carrier deployed from the states. Boxer was already out there. Later I was trained and deployed as an LSO and then later transitioned to the A3 and deployed to the Vietnam war.

The Navy did, of course, fulfill their promise to us to com­plete college. I went back to UC Berkeley and got a busi­ness degree (BS) and then later to Management school in Monterey (MS) and Naval War College at a later time.

I retired in 1978 while in the position of Chief of Staff, Naval Surface Force, U.S. Pacific Fleet.