I think you have a great idea in getting the history together. I was able to identify MORT BOYD, WALLY SITTELL, JERRY HUBER, DICK OWENS, MYSELF, AL McNALLY, JACK RADICAN, JACK QUINN, and JACK McWHIRTER in the picture and have indicated them on the photo diagram.

My career in the Navy was fairly routine and unspectacular. Same number of landings as take offs. Been shot at, plane hit once, but no damage to me personally. Received my wings in Feb 1950 and went to the March jet training class at Whiting field, then on to VF-72 at Quonset Point. Made a Med cruise summer of 1950 in Bearcats then transitioned to the Panther in 1951. Korean War cruise in Bon Homme Richard [CV-31] 1952. Served as formation phase flight instructor at Saufley Field 53-54. Went back to college 54-56 at University of Pennsylvania, B S in Civil Engineering. Then to the Shangri-La 56-58 as CCA-Asst CIC officer. Made two West-Pac cruises during this tour (one 8 months, one 9 months). Next tour was in VA-55 at Miramar flying FJ-4B and A4D-2 in 1959-60. One West Pac cruise in Ticonderoga [CV-14] in 1960. During this deployment I became a Ticonderoga Centurian. Next assignment was VA-126 RAG squadron at Miramar instructing in FJ-4B, A4D-2 and F9F-8T. Next stop was Naval War College, Newport, RI. Graduated class of 1963 and assigned to ComNavAirPac at North Island as operations schedule officer 63-64. Finally back to sea as CATC/Air operations officer in Kearsarge [CV-33]. Made one Viet Nam tour in 1966. Had a great tour 1967-71 at SHAPE Belgium as nuclear weapons employmant officer. My staff section included officers from Belgium, Germany, UK, Greece, Italy, Canada and of course US. My final assignment was NAS Key West Admin officer 71-77. Retired as a Commander in May 1977, moved to California and plan to stay forever. I have a good wood-working shop in my garage and do some gardening. No second career for me! My wife Carrie and I have been married since 1953. We have 3 sons, 1 daughter and 3 grandchildren. Our youngest son spent about 8 years in the Navy as a first class ET Nuclear Power Plant operator in USS Texas (CGN-39) and in USS Arkansas (CGN-41). Never miss an [Flying Midshipmen] event if I can help it. I find them most enjoyable.

I have some information about a couple of … classmates. Jerry Huber and I were high school classmates in Titusville PA. We joined the Navy together and were college roommates at Penn State. Sometime in D stage (instruments) he decided that flying wasn’t his bag and DOR’d (dropped at own request). He went back to Pennsylvania and started a banking career. Ended up as a Trust Officer and Vice President.

Another college classmate of mine was Mort Boyd. I last saw him by chance at Washington National Airport at Christmas of 1951. We were both going home on leave. He from a P4M (Mercator) squadron at Port Lyauty, Morroco. I think he left the Navy shortly after that and ended up as a college professor at Iowa State. If you get in touch with Al McNally he can give you more info on Boyd.

Best of luck on this project Bob. I’m looking forward to seeing the results. 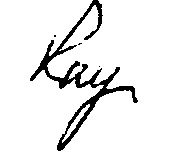 P. S. Suggest numbering the faces on the picture and keying it to a list of names.