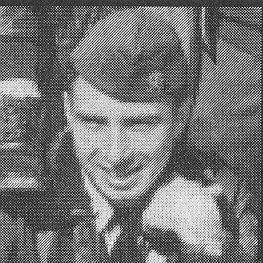 What led you to join up?

I thought I was going to be drafted in Sept. 1945, so rather than being a grunt, I took the Navy up on their flight training offer.

What was your V-5 college? What (and who) stands out?

Denison Univ., Granville, OH then Union College, Schenectady, NY and Kent State, Kent, OH. … Got "Dear John" from steady girl friend from home when I was at Denison.

Where did you attend Selective Training? What fond memories and/or unusual events?

NAS Glenview, IL. … Guarded the Truculent Turtle after record setting flight from Australia to Ohio, USA. Got drunk with other work party detail while painting indoor pool at athletic facilities at Glenview … fumes de­prived us of oxygen.

Pre-Flight. What event or occurrence will you never forget?

"Big Bill" Miller, who was later a profes­sional TV wrestler; advising late arrivals from binging in town to "keep it down!" And following it up by pouncing out of his bunk and advancing on offending party! 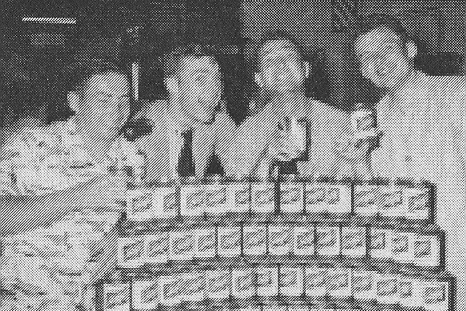 Describe your hairiest experience at Corpus or Pensacola?

Mid'n. Frank (n) Jones, later a Blue Angel, try­ing to join-up/fly … in Formation Training … had to use flaps, violent maneuvers, whatever, he was God-awful … very thankful he was put back to a later group.

Where did you go for Advanced and in what aircraft? Describe the highlights.

On to the fleet … where did you go and what was it like being a Flying Midshipman?

To answer the foregoing question, here is my STANDARD BIO: 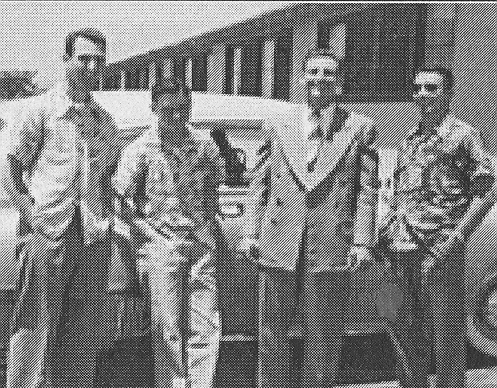 He received his wings on August 25, 1948, at Corpus Christi, Texas. His first duty was flying Martin Mariner (PBM) seaplanes in Patrol Squadron 43 (which was decommissioned in early 1949); then transferred to VP-42. He com­pleted a far-east tour as a 1st pilot in early 1950 and was being processed for discharge when the Korean war began. He returned immedi­ately to VP-42 and 'TransPac-ed' to Iwakuni, Japan in July, 1950. He flew 50 combat mis­sions in Korea before returning with the squad­ron to San Diego in the spring of '51.

In 1958, he received a Bachelor of Arts degree in Communications at Stanford University, California; with later advanced education at the Navy Post Graduate School, Monterey, Cali­fornia, and George Washington University, Washington, D.C.

He was awarded the Distinguished Flying Cross, 3 Air Medals and Letter of Commenda­tion in the Korean War. He has flown over 40 different types of military and civilian aircraft and accumulated over 5,000 hours of flight time. He then spent 20 years in industry as an Advanced Programs Manager, Interstate Elec­tronics Corporation and then with the parent company as Government Relations Manager, Figgie International Corporation. 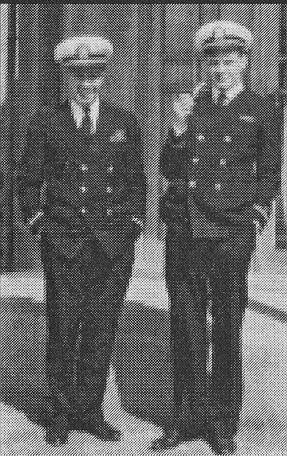 What was your favorite song .... other than Peggy Lee's "It's a Good Day"?

"Take This Job and Shove It"

What are your current interests?

Kayaking, Reading and Do It Handyman Projects.

What are you looking forward to?

Living as long as "Mommy" … she lasted to 95 … AND continuing to ogle and flirt with young ladies! 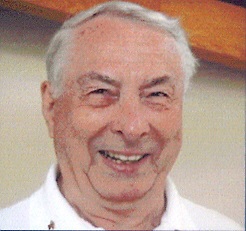 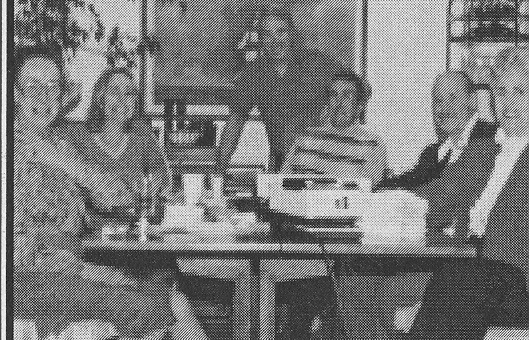 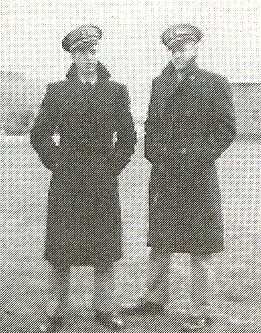 We first met on the train going to Great Lakes Naval Base on the first day of our active enlistment. We were seventeen years old. Sitting together I learned that Ort was from the small farming community of Ravenna, Ohio, and he learned that I spent my summers outside Ravenna on my grandparent's farm. From that day on we were the best of friends.

On the train we met another enlistee, Al Carmont. We immediately took to each other, and we three remained close throughout our early education and flight training. One of the "goofy" things I did was to try to find a way to make fun of my friend, Richard O. Rudd. I ze­roed in on his middle name which I thought was pretty unusual, and pretty silly. So I started calling him by his middle name, “Orten,” instead of his first name. And it stuck … like glue … with everyone. That soon evolved into the nickname, "Ort", which really stuck like glue.

These were happy days. We eventually became separated because of the circumstances of flight training, and much to my regret we lost contact with each other for the rest of our lives.