(Editor's Note: Bob is now a Monk living in Lafayette, Oregon, at the Trappist Abbey. His note accompanying this story reads “I wrote the enclosed story which the lads will find interesting ... which I swear on a case of Heineken beer is true (or partly so.)" 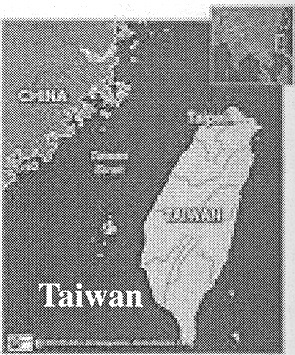 It was early in 1952 during the Korean War when Navy Patrol Squadron Twenty-Two (VP-­22) was stationed at the NAHA U.S. Air Force base, on the southern tip of Okinawa. We were flying the China coast from Shanghai down to the southern end of the Formosa Straits, to protect Formosa (Taiwan) from invasion by Communist China. It was our second "tour" on the China coast, flying Lockheed P2V-4 "Neptune" patrol planes we had gotten the year before. They had large radomes under their bellies, housing a large ARC-20 antenna that gave us a terrific 120 mile radius radar view. The large radomes also proved useful for something else, as we shall see.

Our squadron "Exec", LCDR Hobson, had chosen Kevin Giffen (class 3-48) and me (class 7-48) for his crew, so we were flying “Armchair 2.” Kevin and I traded off between co-pilot and navigator. One morning we flew to the China coast, I was navigator at the time, and we found a terrific storm all along the coast. Gale winds of over 100 knots were blowing, leveling the normal sea swells and troughs into a flat white surface as far down as the coast as we could see. With a tailwind like that, we were zipping down the coast in record time. That is, until we started having engine trouble. First one and then the other began run­ning rough and changing gas tanks didn’t seem to help. PANIC.

We were too far from Okinawa to return and still about 100 miles north of Taiwan. We would never make it to Taipei the way the engines were running and if we ditched on the China coast, we would be captured by the Communists. Even so, we would never survive ditching at sea in the terrible storm. We had to do something.

It occurred to me that, if we could maintain forward motion in the water, we would have a better chance of not sinking. So. when I called Commander Hobson to give him the heading to Taipei, I suggested deploying a parachute out of the ceiling hatch, next to the "nav" table, to catch the gale wind and let it pull us along. We would lose nothing by trying, so he said "O.K.," but only if the engines quit. So I opened the ceiling hatch, buckled a 'chute harness around the hatch cover, and waited to see what the engines would do. When they did quit, I lifted the parachute and cover into position and pulled the cord to release the 'chute. When the 'chute opened, it slammed against the ceiling with a WHAM, but the straps and 'chute didn't break and I could still cut it free, if need be.

I made the mistake, though, of releasing the parachute too soon, but as it turned out, it was good that I did. When the 'chute opened in front of us we were still in the air and the canopy blocked Hobson's forward view, which he certainly was not happy about--to say the least. He still had enough visibility to land the plane, though, and as he eased the plane down to the water, we were not settling in, as expected. In fact, we seemed to be hydroplaning on the big radome, which was acting like a hydrofoil. If I had waited until we were all the way into the water to release the 'chute, we would not have hydroplaned. So my goof paid off.

It was working far better than expected. In fact, it worked so well that Hobson had Kevin deploy another 'chute out of the co-pilot's side window. That didn't help our forward visibility any, but it kept us hydroplaning as we lost our air-speed momentum and slowed down to about 90 knots (over 100 m.p.h.), which was still plenty fast--and better than swimming.

Then they discovered something very strange. All of the control surfaces (ailerons, rudder, elevator) still worked, but in reverse. Full back elevator raised the tail instead of lowering it and right aileron lowered the left wing instead of raising it. With gale force winds blowing over the flight control surfaces from the rear, instead of from the front, the aerodynamics were reversed, Kevin Giffen figured that out and Hobson had to tediously keep us level on the hydroplaning radome (equivalent to tying the plane backwards, because of the wind from the rear) by carefully pushing the controls in the opposite direction to normal flight. A little left rudder, also, moved the tail to the left, presenting the right side of the plane as an oblique surface to the wind from the rear which tended to push us to the left, away from the China coast and towards Taiwan. If we could keep that up, we might make it to Taiwan after all.

After what seemed an endless length of time (about an hour), the steeple peaked island at the north end of Taiwan did come into view, at the edge of the parachute canopy in front, but at a distance. Hopefully, we would get closer to land further south where the island widens out to the west, and not simply sail by it. As the coastline came into view, however, we could see that we were getting closer and closer. Finally, when we were getting very close, we cut the parachutes free to let us settle into the water and slow us down. It was a relief to see ahead of us, again.

We still had momentum when we saw our left wing-tip angling towards the shore and braced ourselves for it to hit. The left wing-tip gas tank dug into the sand and swung us around, hard, to the left, burying the nose of our plane into the sandy beach. Then, we had to get out quickly, because of the surf and in case the wind should flip us over. Hobson and Kevin got out easily through the cockpit windows, right onto the sand. Most of us went through the ceiling hatch and down the right wing to the beach. The only ones who got wet were those in the back who released the emergency life-raft and crawled out through that side hatch, because the bottom hatch was under water.

WE HAD MADE IT! Thanks to the storm winds that leveled the sea for us and pulled us along. It's not every day you hydroplane a hundred miles on a radome and step out onto dry land. Well, not so dry. There was a stinging rain blown by the wind, but no one complained about that!

[Ed:] “Is It Fact or Fiction?” My initial reaction to Bob’s “Jock” story was that, since he was a trappist monk, this must be ‘The Gospel Truth.”

However, having heard that it’s always good to get confirmation, as an editor I called Kevin Giffin, who was a squadron mate of mine in VP-22 prior to the Korean War. Kevin hesitated a minute, then said, “My good friend Friar Timothy (aka Bob Mitchell) has obviously been on the sacramental wine too long!” We had a good laugh and trust you did also.