“The Life and Times of Stan Pederson” 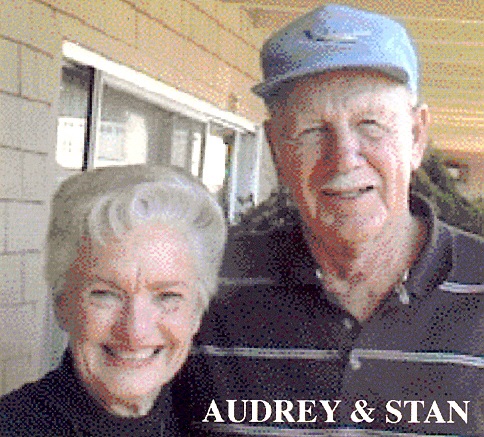 Having built and flown model airplanes all my teenage years want­ing to fly the real things was at the top of my list. When the Navy V-5 program opened up I was first in line. I reported to Occidental College as an apprentice seaman on July 2, 1945. After one semester of college life the whole unit was transferred to Cal Tech Pasadena. Again, after one more semester we transferred to Univ. of So. Calif. After this semester the Navy couldn't find any other place to transfer us so they decommis­sioned all V-5 units and we where on our own. A friend (Jack Shea) and I decided to loaf through the summer so we went to Los Angeles City Col­lege.

After somehow squeaking thru that summer with nothing less than a "D" we ended up at NAS Los Alamitos in Sept. 1946 and were promoted to Aviation Cadet. Los Alamitos was fun when we weren't cleaning the barracks (ours), the enlisted barracks, doing KP, washing airplanes, and attending General Quarters in front of the Admin. On Sunday night, we could sit and stare at the fog. It only took six months of this routine to get 12 hours of flying and a UP for solo from my instructor.

Having soloed the Navy paid my way on the Super Chief to a lovely little town in Iowa named Ottumwa. When we arrived we told that an Admiral Name of Holloway invited us to become Midshipmen USN and that if we didn't accept his kind invitation we could go home. So most of us that weren't home sick signed on the dotted line and we were Midship­men for two years. One young man known as Stubby Hines was a little short on stature so they allowed him to remain an AVCAD.

One of my fond memories of Pre-Flight was standing, up to my you know where, in water patrolling the city streets and rousting drunks out of the bars during the flood of 1947.

Again as was becoming stand practice NAS Ottumwa was closed and we finished Pre-Flight at Pensacola. Finally in June of 1947 I am to begin Basic Flight training at Corpus Christi, Tex. We lived at Mainside but flew out of Cabaniss Field. Upon soloing the SNJ, I decide to chase cattle on the King Ranch like everybody else. There was only one problem--an Instructor caught me. I figured that was the end of my Naval career but I only got a good chewing out and a pink slip.

As usual they closed Corpus at the end of Basic and we finished training in the Pensacola area. The fields were Corry (instruments) and Saufley for formation, gunnery, and Carrier Qual. Everything went pretty well until my day on the USS Wright. I was given six waveoffs in a row for fouled decks. It got so bad that a visiting Con­gressman on the bridge ask the Skipper if they were going to shoot me down. I got the next six cuts.

Off to Corpus once again to Advance Training. Rick Cotton and I took to the SNB like a duck takes to water. With one exception, I came very close to getting a down on my check ride. The damn land­ing gear warning horn kept blowing when every time I reduced the throttle on final approach. The only thing that would stop it was advancing the throttle. Luckily I finally came to before sliding on to the runway.

Next we tried our luck at PBMs. What a funny machine, a boat with wings. It sort of flew like a boat--wallowed more than flew. Climbed at 90 knots, glided at 90 knots, and cruised at a mighty 135 knots when you got the weight down. Our highlight was an overnight NavigatIon flight to Cuba and a return to Corpus with bombays full of rum and other good things.

Don Day and I received orders to FAETU PAC in San Diego to learn how to be good ASW officers. At completion of that training we further assigned to VP-41 based in Tsingtao China.

In 1948 there was a song playing that became my favorite. It was "On A Slow Boat To China" We flew via Mars to Hawaii, Troop Carrier Command C-54 to Shanghai and an Admiral’s R5D to Tsingtao. When we boarded the Pine Island, a seaplane tender, the Exec. didn't know what to do with us. Finally a Warrant Officer determined we ranked below him, but we deserved to be berthed in Officers' Country. 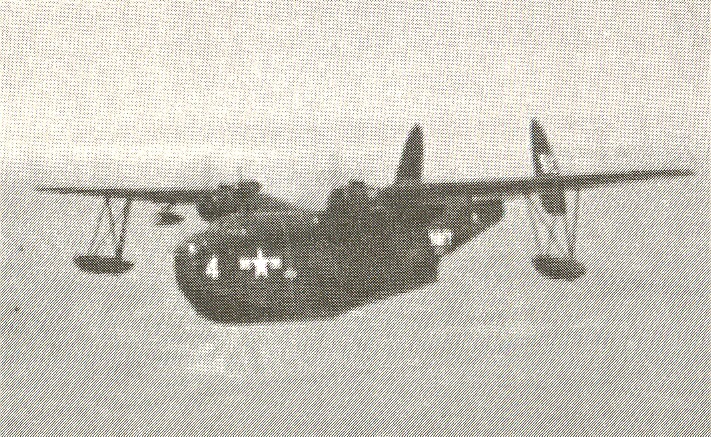 My introduction to squadron life was a buoy watch that lasted three days due to bad weather. Man was I sick and it was really cold as it was mid February.

As usually happened in my career, after a month the squadron was scheduled back to the States and decommissioning. This was good this time, as my future bride, Audrey Morrison, had our wed­ding all planned for my return. However when we reached Saipan the Skipper of VP-46 said he was short of junior officers. Our Skip­per swore Don and I in as Ensigns transferred us and I went back to Tsingtao. Boy, was Audrey Mad!

In August I finally got home and we were married on Aug. 19, 1949. On June 24 1950 Don and I where separated from active duty. The next morning we were asked to come back for the sum­mer to train called up Reservists. We helped Form an OUT and trained two squadrons in the use of PBMs.

Three years later, after tours in VP-892 and ATU-10 at Corpus, I came to my senses and left the Navy and joined American Air­lines. I flew copilot on CV-240s for six months and was furloughed. In need of money I joined the reserves and served in VR and VP for the next ten years.

In the ensuing years Audrey and I raised a family of two girls and a boy. We had thirty two happy years with American and were based in Dallas and Los Angeles. 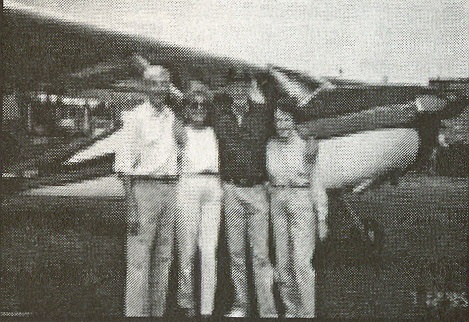 We currently live in Winchester Ca. On an airstrip off which we fly our Cessna 180. On days when we aren't flying or mow­ing the South Forty we play golf. This along with a little trav­eling is what our future is about.