“A BIT OF AD ‘SKYRAIDER’ HISTORY”

Introduction & Summary … The highlight of BuNo 135332's service was its historic action in Attack Squadron VA-145 as lead aircraft on USS Constellation's (CVA-64) Operation Pierce Arrow strike on North Vietnamese PT boats at Lac Chao on 5 August 1964 in retaliation for the Gulf of Tonkin Incident. Thus, BuNo 135332 was a historically significant participant in initiating the air war against North Vietnam. The "Historic Spad" (the common term for the ‘Skyraider’) was piloted by Sam Chatterlin (St. Mary’s Preflight Class 12-45).

One Day earlier, the evening of 4 August, both Ticonderoga (CVA-14) and Constellation received urgent requests for help from Turner Joy who believed PT boats were attacking the DeSoto Patrol ships again. This PT attack was later proven imaginary but seemed real to some on-scene at the time. These actions became known as the Gulf of Tonkin Incident. President Johnson's order to strike targets on the North Vietnamese mainland in retaliation, Operation Pierce Arrow, on 5 August enlarged the battle from the sea, where we had been providing South Vietnam in-country air support, onto the territory of North Vietnam.

Hong Kong. While the Gulf of Tonkin Incidents were taking place, A-1H Douglas Skyraider NK507, BuNo 135332 was safely tied down aboard Constellation anchored by Green Island, Crown Colony of Hong Kong. The evening of 2 August [1964] saw many VA-145 pilots enjoying themselves at the Eagle’s Nest Bar at the top of the HK Hilton. About 2100, someone came to the party and informed the group that all leave and liberty were cancelled and all hands were to report to the ship. Fortunately, liberty was granted the next day to allow the crew to collect their purchases from the Hong Kong tailors and the China Fleet Club.

Constellation underway. The ship got underway about 0800 on 4 August and headed for the Gulf of Tonkin. That evening, just after the movie in Wardroom One started, the three attack squadron Operations Officers were tapped on the shoulder one by one and told to report to strike planning. Shortly after that, all the other attack pilots were pulled out of the movie to report to their ready rooms. In response to USS Turner Joy's call for help, pilots were briefed on their new mission to fly cover for the destroyers for the night. Meantime, Flight Quarters was called away and the A-I s were loaded with four 260-lb. fragmentation bombs on the wings and a flare pod on the centerline.

As soon as they had a little altitude, they could see smoke from the burning fuel depot at Vinh which had been hit two hours earlier by aircraft from Ticonderoga. As Sam's flight approached the coast near Lac Chao, a thundercloud was between the target and the Spad division. Jim Hardie reported that they circled to the north and as they cleared the clouds near Lac Chao, they spotted two larger gunboats about a half-mile from the coast and north of Lac Chao. The boats were firing at the flight as they approached. Sam led the flight to attack from northwest to southeast, pulling up out to sea. As they rolled in, the pilots saw three other boats to their north partly hidden by offshore rocks. Those boats were firing at the Spad flight too. The pilots attacked in single file but reported that they remained at fairly close intervals. Sam, Gary, and Dick were on their last rocket run from northwest to southeast when Jim saw an explosion in the air and the fireball crash into the sea. It was Dick Sather, the first Navy combat loss of the air campaign. Jim fired another LAU-3A pod as Sam and Gary were clearing to sea. Jim then reversed and went back to attack the boats again and saw both smoking and one dead in the water. He fired his two remaining rocket pods on the moving boat and cleared to sea and Sam reported that Jim's rockets put the second boat out of action. Sam and Gary checked Jim's aircraft visually and saw only one hole in the area of the port wing root.

Current Status of BuNo 135332. This Skyraider has been at NASM's Garber facility for 24 years and still sports the USAF Sandy camouflage she wore during her last years of service. Navy veterans have interacted with NASM over the last three years to advance the cause that the most significant, documented historic action of this aircraft is her 5 August 1964 “Pierce Arrow” mission with the Navy and to urge her refurbishment and display accordingly.

Responses have fairly consistently stated that the decision on presentation of the aircraft will not be made until the new restoration building of Phase II at Udvar-Hazy Center near Dulles is completed in 2009 or later and that the decision will consider "all relevant facts related to the rich history of this particular artifact … " Thus, as of May 2007, there is no indication on how the Smithsonian will finally display our historic Navy aircraft, BuNo 135332. 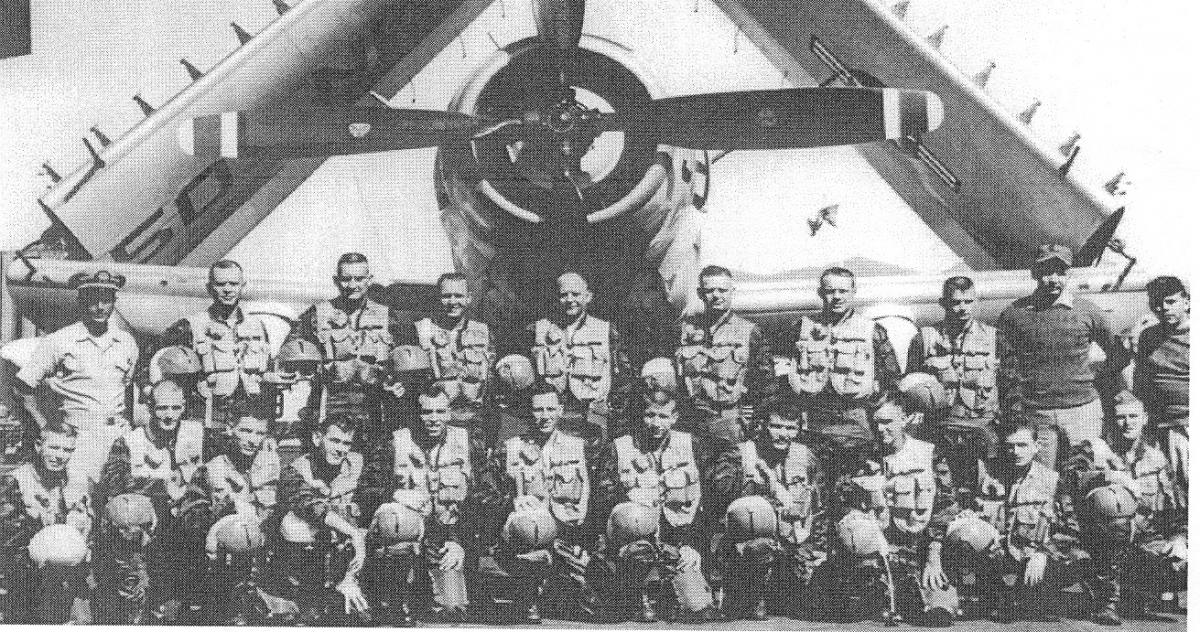 (About the author: In early 2005, Thomas H. Curry, CAPT USN (RET), was recruited to be the ‘duty scribe’ and speak for the VA-145 pilots who flew these historic flights in August 1964. He believes the project of getting BuNo 135332 recognized, restored, and appropriately displayed as a Historic Navy Aircraft is a cause worthy of great effort. thomasc@comcast.net.)