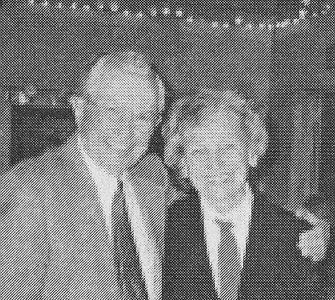 It was the spring of 1945 and I was a ram­bunctious 17 year old. In those years as soon as a lad turned 18 he was drafted, mostly into the walking Army. I found out about the Aircrewman Program and signed up. After passing all of the requirements, I waited to be called to active duty. Then I received a letter from the Navy asking if I wanted to take the V-5 test, WOW!!!

I passed and was sent to Dubuque University in Dubuque, Iowa, on July 2, 1945, for one se­mester, then on to Marquette University in Mil­waukee, Wisconsin for two semesters and a sum­mer session prior to Selective Flight. One thing I will never forget is Hank Stanley and I climb­ing down an outside pipe on the dorm to sneak up to The Eagle Dance Hall to see Stan Kenton and His "Band of Renown."

Selective Flight was at [NAS] Los Alamitos in South­ern California. The weather was a treat for this Midwest boy. The Stearman [N2S] Trainers had not arrived nor our uniforms, so we were put on working parties in our Apprentice Seaman gear brought from college. We cleaned empty enlisted barracks, worked in General Mess, policed up the station and other choice assignments. The aircraft and instructors finally arrived and when I soloed I was exhilarated and terrified.

After Christmas leave, Ottumwa Preflight School was next. Arriving Jan 2, 1947, we were assigned to Class 1-47. I had more than my fair share of problems in DR Navigation and spent many a night in special study hour on the Varsity Navigation Team. I liked almost everything in Preflight except the cold weather Survival Hike, (-14 degrees F) and Mighty Mouse. 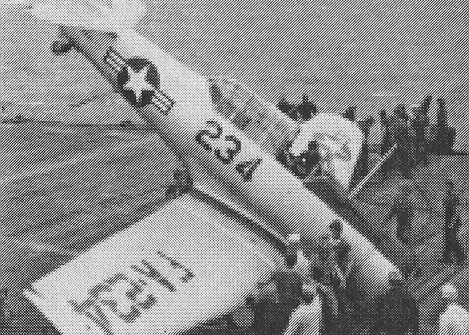 Corpus was next, for Basic, Aerobatics and In­struments. No major problems, but I sure did struggle with Instruments. Next was Pensacola, Saufley Field for Formation & Tactics, Gunnery and Carrier Qual. Everything went well except on my sixth and final trap I held off and hit the barrier on the venerable USS Wright. For some reason I was called Qualified and was sent on to Jacksonville for Advanced.

At Jax the AlC was the F4U-4 and the syllabus was Attack. I thoroughly enjoyed Advanced and out fired my instructor on every gunnery flight. The liberty in Jax was outstanding and it was a real pleasure to be allowed in the O'Club. The biggest thrill was Carrier Qual with no barriers. I received my wings in Sept., 1948.

I was assigned to Airgroup 4, VA-45, The "Black Knights." We were flying the AD-1 Skyraider, what a wonderful aircraft. Being a Mid 'n was no problem as there had been several in the Airgroup before me, the only drawback was the pay, which didn't go very far.

Later we transitioned to the AM-I Martin Mauler. It was an excellent dive bomber but not much good overall. It was so poor on the Carrier that we got our AD-1 's back, but not before an AM engine ( R-4360, 28 cylinder monster) quit on me and I put it in the St. Johns River. 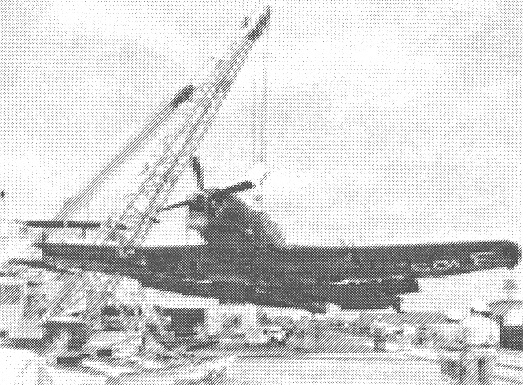 We took our beloved AD's with us on a Med cruise and a good time was had by all. We returned Stateside in June, 1950, and decom­missioned the Airgroup and since I was not selected for USN I was getting out. I was in the Separation Center when Korea hit and I stayed in as a USNR guy.

I was transferred to VC-12 at Quonset Point where we flew the AD-4W Guppy. I became an AEW Team Pilot and went on another Med cruise. We were night Qualified and I ran my totals to 150 traps of which 50 were night, all straight deck. Thus ended my Carrier career. MY shore duty was as a Basic Flight Instruc­tor at Corry and Saufley Fields in Pensacola. The duty was not my first choice, but I did en­joy working with the young Cadets. There was great satisfaction teaching someone to do what I had come to love.

During this time I met and married my lovely wife Arlene who will be celebrating our 50th anniversary on Sept. 8, 2002. I opted for inac­tive duty in July 1953.

We moved to Pomona, California. After an unsuccessful try at business I went to work for Pomona Tile Mfg. Co. staying with them for 10 years after which I resigned as Chief Industrial Engineer for a better position. I changed to the Oilfield Molded rubber business. I stayed with the same Company for 23 more years, but through mergers, acquisitions, etc., there were three names and three plant locations. I retired as Plant Manager in Texas and returned to Up­land, Ca. The main Company was Hughes Tool Company. 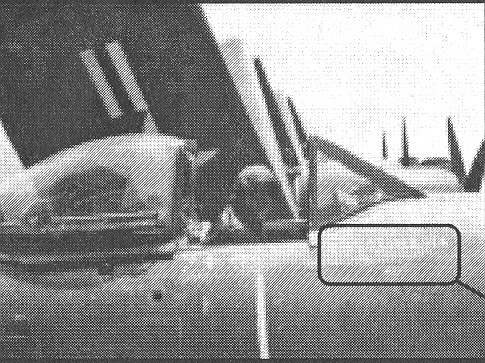 During this time I was active in The Naval Air Reserve. Flying in F4U, AD-5 and F9F Squad­rons at Los Alamitos and Olathe. After my eyes got too bad for Group one Aviator, I migrated to the ASW OPCON end of the business. I stayed in it for the balance of my Reserve ca­reer. I wound up being CO of an OPCON unit and later was promoted to O-6. An interesting part of my career was that I was a LCDR for 10 years, being kept in a pay billet on waivers.

Then I was selected for CDR and selected for Capt on the first try. Go figure. I retired in 1968 with 8 years active and 25 in the Reserves.

My good wife Arlene and I reared five children. We worked hard, but survived. We now live in Upland where Arlene has been teaching pottery and doing craft projects. She recently stopped teaching pottery, which is a pretty lively craft, but is still active with her other crafts.

I try to play golf twice a week and do most of the home maintenance. I'm in the process of sell­ing my motor home. I've tired of messing with it. We travel some and I enjoy working with this damned computer.

By the time this is printed I will have had my 75th birthday and the two main things I am look­ing forward are to continue to look down at the flowers and, if it doesn't hurt any more to­morrow than it did today, that's good.

One parting shot. The most wonderful and grati­fying part of my Naval career was the quality of the people I was privileged to work with and be­ing considered part of it.