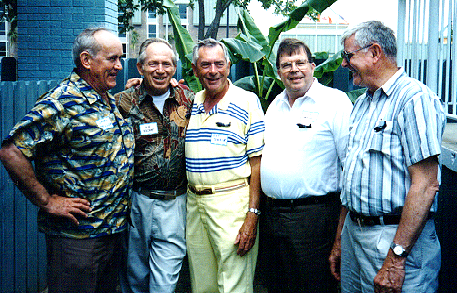 It was really good to see and visit with you and all the other Flying Midshipmen at PNS. Those are enjoyable, and Peg likes them also. I was amazed that so many showed up in Pensacola. Attendance at this reunion had to be twice as large as that held at Mustin Beach O’Club some years ago (I believe it was in connection with the 75th anniversary of Naval Aviation). I wish we could have arrived a day earlier and stayed a day longer but I had to fit the reunion between two hard time commitments. Peg and I enjoyed seeing and visiting with old squadron mates/friends and new friends, too. I particularly like the joint meeting time with ANA because it provides an opportunity to remain abreast of what is currently the Navy Programs and Policies. I get a little involved with the local ROTC Unit and area Recruiting so it is helpful to be aware. Last year in Arlington, I was intrigued by joint service flight training plans and this year some have come to fruition. 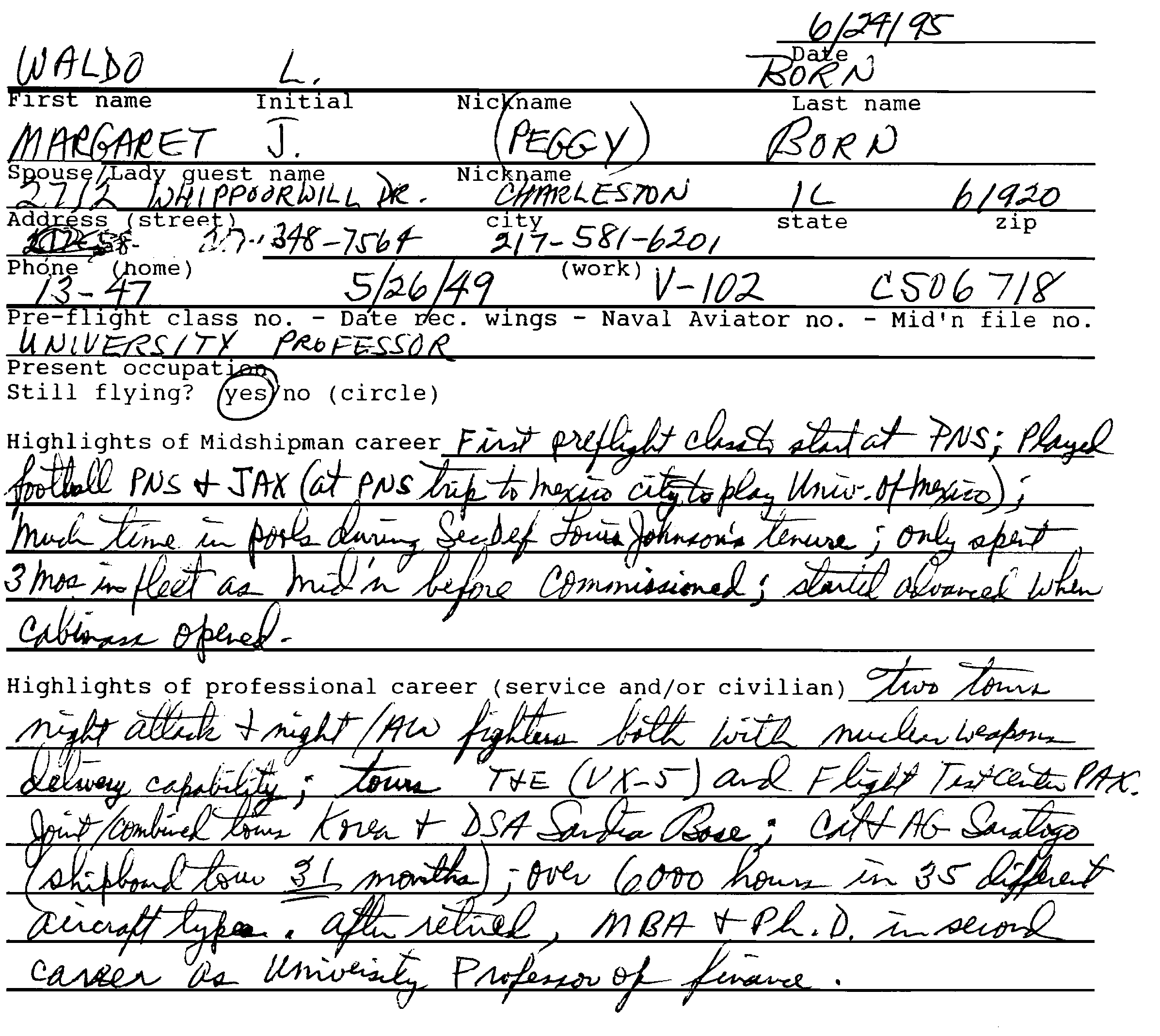 I recall Gus Kinnear commenting at the Banquet regarding a complete Flying Midshipmen file on all members. I think ?? I remember completing a form and sending it in, but I am not sure. From Gus’s comments I gathered that you keep the files. I would appreciate you sending me whatever it is I might be remiss in providing. I have enclosed a stamped, self-addressed envelope for your convenience. You’ll probably have to copy some material and I’ve included a little compensation; and keep it – you’ll probably need change in the future for some other soul looking for information. You shouldn’t have to put your own funds in support of the effort. It is enough that you give your time.

It was great seeing you again and we look forward to next year. Thanks for your help.