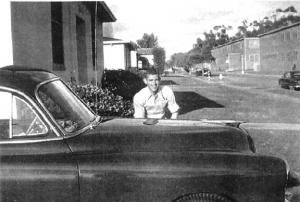 ENS William E. Brown washing his car in parking lot of BOQ 863, NAS San Diego, CA. ENS Brown was attached to VF-53 of Air Group 5. He was shot down in Korea, evacuated his F4U, and was captured. 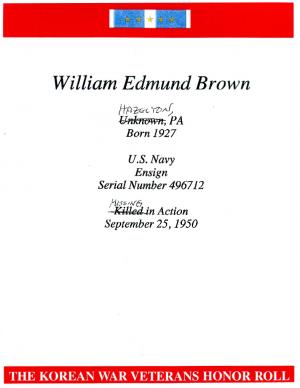 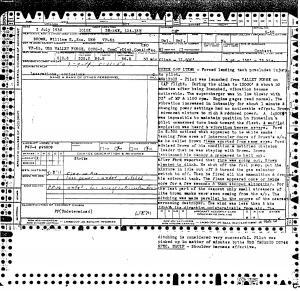 Pilot was launched from VALLEY FORGE on CAP flight.  During the climb to 15,000’ & about 50 minutes after being launched, vibration became noticeable.  The supercharger was inlow blower 33” of MP at 2150 rpm.  Engine gages read normal.  The vibration increased in intensity for about 1 minute & changing power settings had no noticeable effect.  Brown advanced mixture to rich and reduced power.  A  1,5000  was impossible to maintain position in formation & pilot commenced turn back toward the fleet.  A muffled explosion was heard and vibration became severe.  Ford in x-505 noticed what appeared to be white smoke issuing from area of intercooler doors of Brown’s a/c.  As he called Brown flames spurted from the same area.  Ford advised Brown of his condition and notified division leader that he was staying with Brown.  Brown jettisoned his canopy and prepared to bail out.  After Ford reported that fire was going out, Brown elected to ditch.  He shut off the fuel pump, put the mixture in idle cut off & turned the gas selector switch to off.  He then fired all his ammunition & dropped his external tank.  The flames appeared once or twice more for a few seconds & then stopped altogether.  For the last part of the descent only small streamers of lite brown smoke were seen coming from the a/c.  The ditching was made parallel to the course of the nearest screening destroyer.  The wind was less than 5 kts [garbled] its direction   undeterminable from air.  The ditching is considered very successful.  Pilot was picked up in matter of minutes by the USS TAUSSIG DD744. 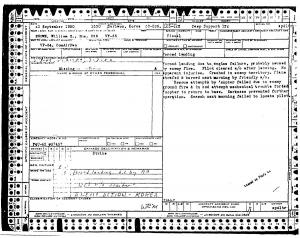 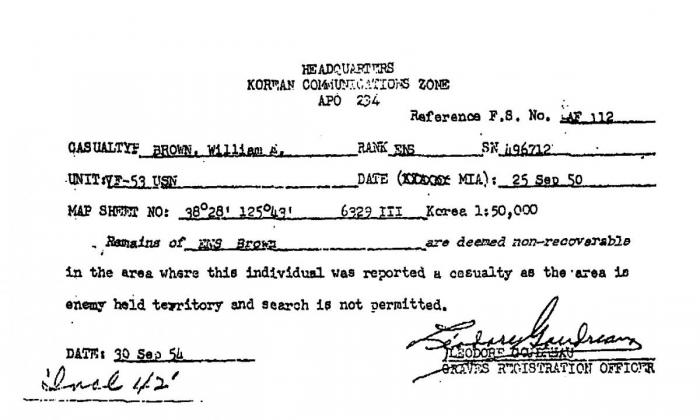 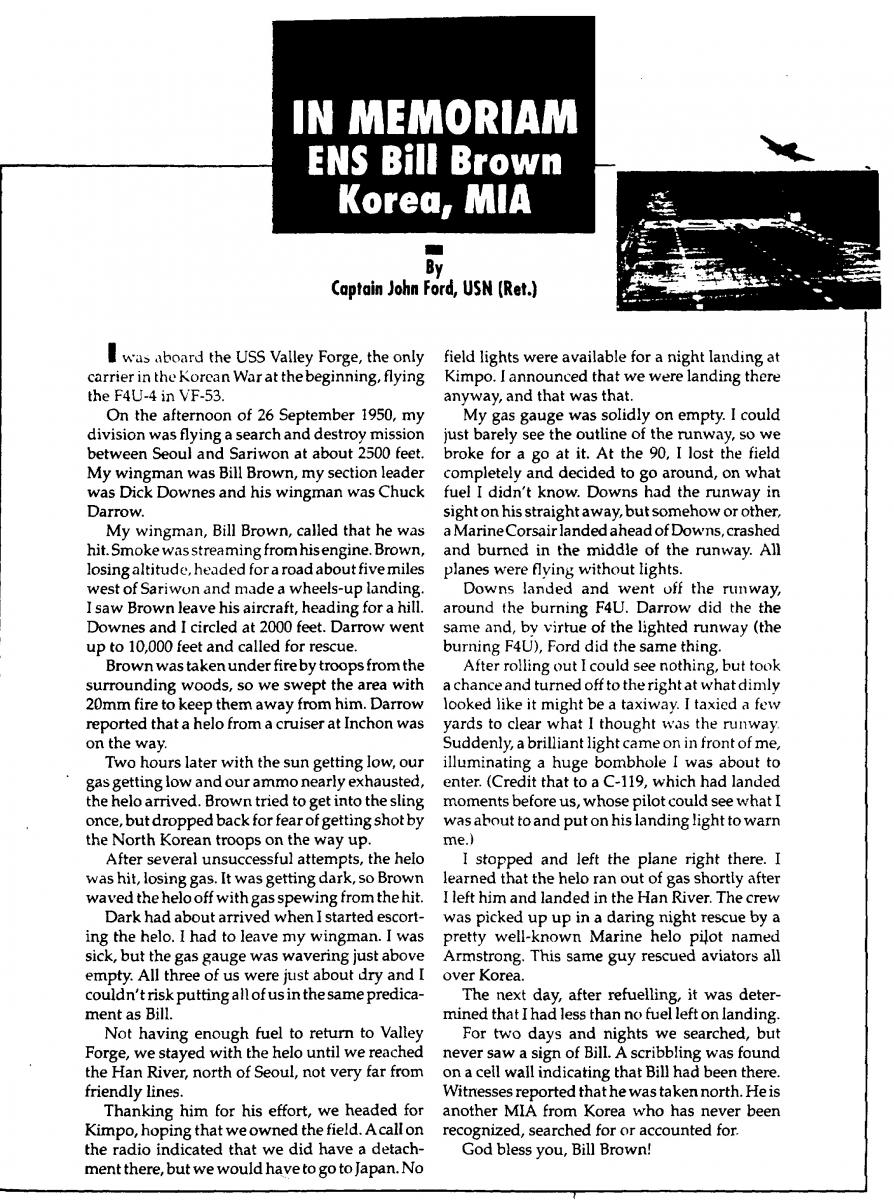