If the F4U Corsair isn't the best American fighter plane ever built, it surely must be near the top. As a young naval aviator in 1947, I was sent to operational training at Cecil Field near Jacksonville where I made my first flight in that wonderful fighter plane. It was an FG-ID, the Goodyear version. It was March 27, 1947.

My first fleet assignment was to VF-2B at Oceana, Lcdr Howard Ady, commanding. I was later reassigned to newly commissioned VF-23, Lcdr Tom Gallagher was skipper. Both squadrons flew the F4U-4. Here I pushed the envelope as any young fighter pilot might.

Fortunately, the Corsair could handle young exuberance. It was nearly impossible to over-stress the airplane as long as you kept it in the sky. You'd black out before pulling more Gs than the airplane could take. The landing flaps were airloaded, so they wouldn't extend beyond their limit in airspeed or G-force. The landing gear was so rugged that it was used as speed brakes for dive bombing runs. There was not a much hotter maneuver than screaming into the break, snapping it up on a wing, as you threw the gear and flaps down.

In January, 1949, we were assigned the F4U-5, with the super-charged R2800-32W engine. This engine gave us a high altitude capabil­ity which surprised the P-47 pilots from Langley who had been giving us the business any time they could catch us above 20,000 feet. Of course, the Air Corps pilots couldn't see the difference visually, so when we were all over them with the new Corsair, they must have thought we'd learned a lot very quickly. 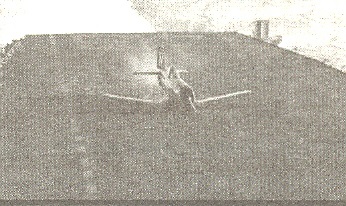 I flew 260 hours in the -5, but supercharger unreliability resulted in the squadron changing back to F4U-4s for deployment aboard Coral Sea. The -5 was later used mainly as a night fighter (-5N) and as a photo plane.

I found out more about how rugged the F4U was on a cruise in USS Coral Sea (CVB-43). In June, 1949. Ensign Conklin was flying wing on a "group grope." On return to the ship, I entered the landing pattern. On extending the landing gear, there was an unsafe indicator. I called for a landing gear check, flew by the LSO and learned that the wheel well doors were open but the wheels were just barely out of the wells. My next action was to pull a safety pin on the emergency CO2 bottle which was meant to blow the landing gear down. The CO2 blew out of the same broken line that the hydraulic fluid had.

Primary Fly radioed me to pull out of the landing pattern and wait until the entire air group had recovered aboard. This gave me the pretext of doing plain and fancy maneuvers around the ship, ostensibly to force the gear down. These consisted of high speed dives with high-G pullouts, skids and yaws, and even a few inverted runs past the ship

The ship's captain came on the radio and gave me several options. I could bailout and the helicopter would pick me up, I could ditch alongside, and ditto, or I could bring it aboard wheels up. It didn't seem like much of a choice to me, so I prepared to come aboard after all the other planes had landed. USS Coral Sea was one of three Midway class carriers which were the first to have steel decks. She was a straight deck carrier and we made our approaches on the LSO's paddles with canopies open and 3/4 cowl flaps to facilitate seeing Paddles around the Corsair's long nose. Everything was normal with the approach. When I took the cut, I eased it down flat rather than the dip and flair technique favored by most Corsair pilots doing normal landings. I was surprised with the softness of the landing. The noise of the prop clattering against the steel deck was 'different' to say the least. 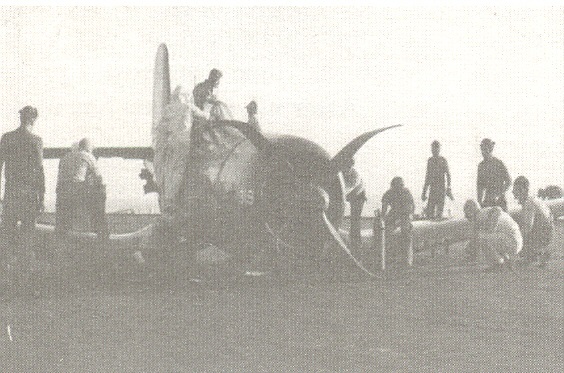 The landing flaps and the wheel well doors absorbed much of the force of the landing. I felt no jarring of my body whatsoever. I got out of the cockpit and stepped the unusually short distance to the deck. Casually and with some bravado, I sauntered up the deck toward the island. Skipper Tom Gallagher came running toward me. I expected a handshake, and perhaps a "well done," but those who knew Tom will not be surprised to know that he ran past me like I was invisible, and continued on to assess the damage I had done to one of his precious airplanes. From sudden stoppage of the engine and superficial damage to the flaps and wheel well doors, there was no major damage. With a new engine, it was flown to a base in Italy for further inspection and was soon back in service.

I went on to fly many different fighter planes, ending my career as Skipper of Fighter Squadron 194 flying the terrific F8 Crusader. As great a fighter plane that the F8 was, when I reflect back on sheer flying fun and fighting capability, the Corsair was the best of its time. 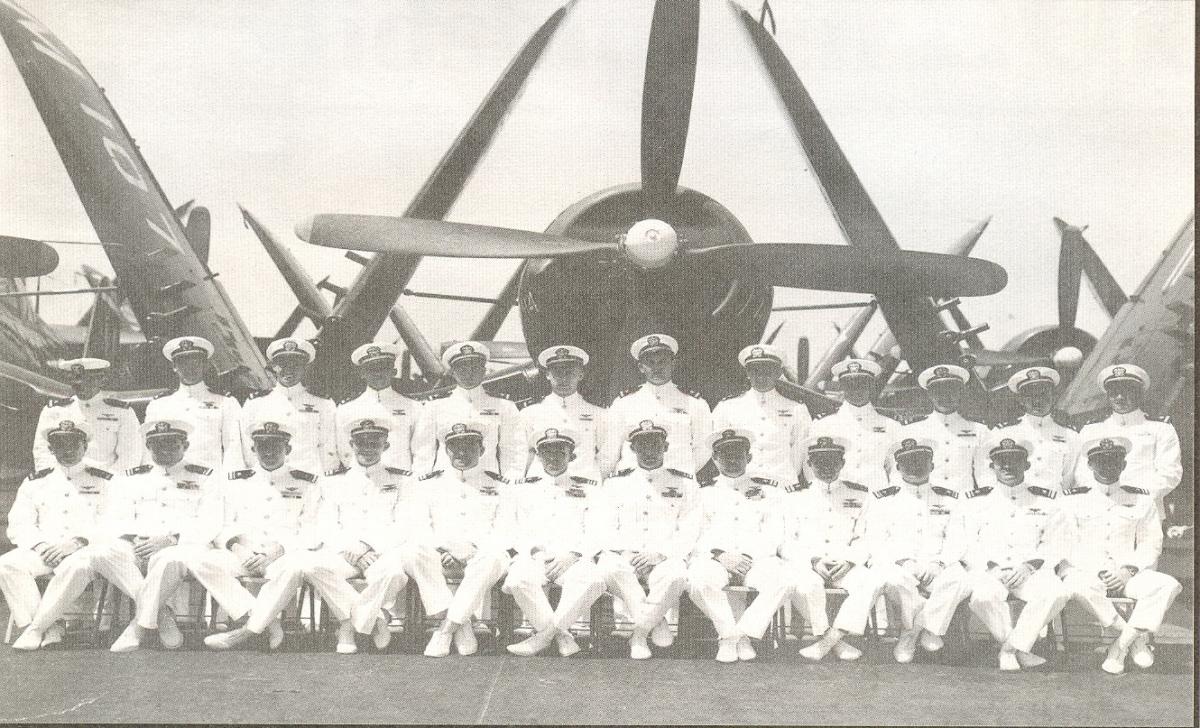