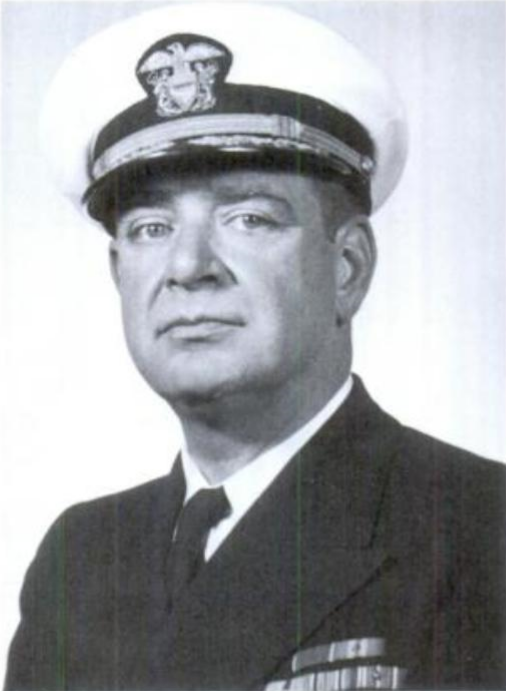 Although commonly termed “The Holloway Plan” the title of the act is:

Interestingly, the terms “Aviation Midshipmen,” “Avmid’n,” or “Flight Training,” are not mentioned in the act.

At the end of WWII, a need arose to replace those Naval officers (mostly reserve) who left or would shortly leave the Navy.  In early 1946, Admiral James Holloway, Jr., USN Chief of the Bureau of Personnel, was given the task of designing a program for the training and education of Naval Officers from the college level--the Naval Academy [USNA] and the Naval Reserve Officer Training Corps [NROTC]--through flag rank.

With the assistance of others from the military and academia, ADM Holloway presented his study in 1946.  It was approved by the Secretary of Defense, James Forrestal, passed Congress, and was signed into law by President Truman [as Public Law 729].

It affected all who were currently in Navy flight training; those who chose to remain Aviation Cadets, USNR, did so; those who elected Aviation Midshipmen, USN, were discharged from the naval reserve and sworn in to the regular navy on 16 December 1949.  Both AvCads and AvMidn served together in preflight and through flight training.  However, beginning in January 1947, all entering preflight were required to be AvMidn.

The Act was all encompassing, it described training for all Navy students and officers, from USNA and NROTC through flag rank.  Also included in the plan was the establishment of the Naval Postgraduate School at Monterey, California.

The plan sets out a general outline for the training.  The details of the training were delegated to the Commanding Officers of each command.

Articles and essays regarding the plan, its implementation, and its results; copies of individual letters from and to the participants; and articles and letters by RADM Holloway are included in this section.