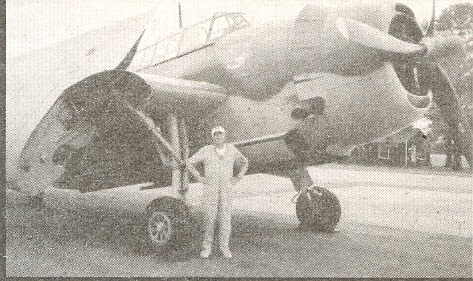 At 1410 on the 5th of December 1945 five Navy TBM's departed NAS Fort Lauderdale, Florida (now Fort Lauder­dale/Hollywood Executive 'Airport). This was scheduled as Navigation Prob­lem #1 consisting of overwater naviga­tion with low level bombing at a target on the first leg. The flight instructor/ leader was a Navy Lieutenant with over 2000 hours and 10 months combat time in the South Pacific. The other 4 air­craft were piloted by newly designated Naval aviators in the TBM training pro­gram with total flight times of 350-400 hours and approximately 55 hours in type. Pilots were 2 Marine Captains, a Marine 2nd Lieutenant and an Ensign. There were 2 additional crewmen in 4 of the planes and one in the other for a total of 14 souls.

The flight profile was to fly 091 degrees for 123 miles (with bombing enroute), turn left to 346 degrees for 73 miles which would put them over Grand Bahama Island and then left again to 241 degrees for 120 miles which should put them back at home plate in just over 2 hours. A relatively simple flight. The weather was reported CAVU except for a few scattered showers. At 1620 the leader reported that they were lost and their compasses were malfunctioning. He stated that he thought they might be over the Florida Keys. Radio commu­nications were poor and radar non-exis­tent. The last transmission heard was that they would ditch together when low man reached 10 gallons. At max con­serve they would have exhausted their fuel by 2000 at the very best.

A massive search was initiated cover­ing some 380,000 square miles and sus­tained for well over a week. The search turned up not a trace nor clue of what happened to Flight 19. A PBM was launched on the search at 1930 and it also disappeared with the loss of its 13 man crew. No trace of this aircraft was found, however a merchant ship reported a burst of flame in the sky about 20 min­utes after the PBM took off and it is be­lieved that it exploded.

The people at National Geographic decided to make a documentary about the so-called Bermuda Triangle and Flight 19 and wanted to recreate the in­tended path of the flight in a TBM. For the past several years I have been flying the airplanes of the Fighter Factory, a warbird restoration facility located in Suffolk, Virginia (30 miles from Nor­folk). We have a beautifully restored TBM that I am lucky enough to fly fre­quently to airshows.

We were asked if we could fly the flight and I immediately volunteered. On the 25th of this past May, I made the 5 hour flight down to Fort Lauderdale and met with a seven man British production crew assigned to the task.

On the 26th we conducted interviews, rigged the plane with external and in­ternal cameras and briefed our flight. A camera plane was to accompany me and a very nervous director and soundman were to ride in the TBM. I was to navi­gate by dead reckoning just as the origi­nal flight was briefed to do (I did slip a small GPS in my pocket just in case). We took off at 1410, the same time as the lost flight had departed. Flying at 1500 feet we were just under the base of some scattered clouds.

It was a great day for this kind of flying. My first checkpoint came up in about 45 minutes and after turning NW, for some reason, I recalled what my dear wife had said just before I left the house. "DO YOU ACTUALLY THINK THAT A 76 YEAR OLD MAN FLY­ING A 63 YEAR OLD AIRPLANE WAY OUT OVER THE OCEAN IS A VERY SMART THING TO DO?"

I may have heard the word "senile" in there someplace, but I'm not sure. Had I chosen to answer I would have said "HELL, YES !” but I'm a lot smarter than that.

Grand Bahama Island came into view on schedule and a turn to 241 degrees got me back to Fort Lauderdale which was right where I left it a little over 2 hours before. It was a great flight that I really enjoyed. The flight back to Suf­folk the next day was routine except for a complete radio failure--but, heck, you can't have everything.

Neither I, nor anyone else, knows what happened in those cockpits that night some 60 years ago. Theories range from UFO's to black holes in the ocean that suck in ships and airplanes, to a dis­torted magnetic force and on and on. I would guess that if they flew NE be­cause the instructor somehow thought they were in the Keys they simply ran out of gas somewhere off the coast. In December it gets dark early, and I'm sure that added to the confusion/panic.

At the Fighter Factory I fly the F4U for the sheer joy of flying … the TBM for exercise of the arms and legs … and the SNJ to remain humble.

The documentary was first aired on No­vember 19, 2004 on the National Geo­graphic channel.

There is, one knows not what,
sweet mystery about the sea,
whose gently awful stirrings,
seem to speak of some
hidden soul beneath.