“Where the Heroes Are” 1 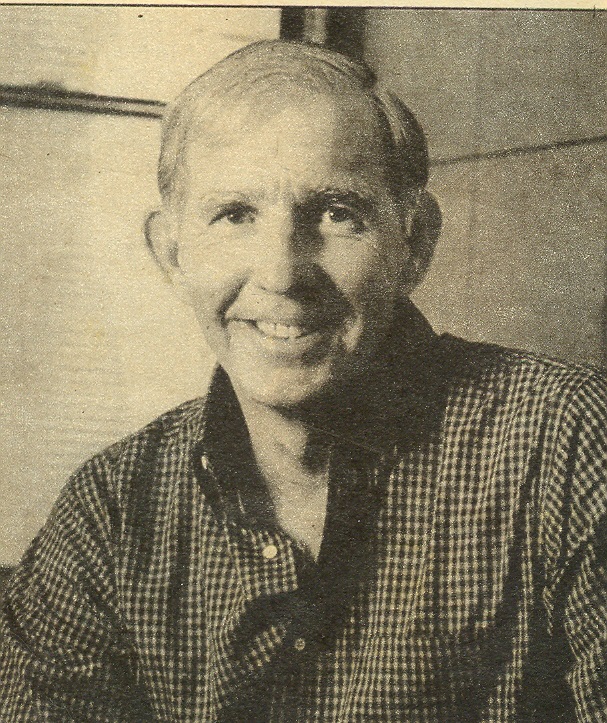 IT WAS JANUARY 1973 AND. ALTHOUGH it had not yet been confirmed, our release after years of brutal and dehumanizing incarceration as prisoners of war in North Vietnam was imminent. The massive B-52 bombings in the Hanoi area the previous month had caused the Com­munists to get serious at the Paris peace talks. And improved conditions and somewhat looser security in the big pris­on compound made it possible for me to talk with a recent captive--a young Air Force B-52 navigator who had been shot down during the awesome raids. Speaking through a big double door of rusted iron bars, I thanked him and his buddies for having finally made the difference. He seemed incredulous.

"Sir, it was you guys who inspired us," he said. "We been keepin' you all in our prayers for years. We been tryin' like hell to get you outta here. You guys are on everybody's minds back home. There's special POW flags and ceremo­nies. My God, sir, we're just amazed to see y'all's enthusiasm and sense of humor, and how you've stood up under all this for so long

Heroes? In the years since my release, I've thought a great deal about what makes a hero. True, the return of the POWs--treated with strong emotion in the media--seemed to symbolize the ­closing of a very painful chapter in our nation's history. Indeed, just as every returning GI should have been, we were greeted enthusiastically as heroes.

As I speak to various corporations and associations around the country, I am frequently introduced as “a real American hero.” Just as the rest of my Hanoi brothers, I quickly demure. I point out that we had all been uniquely selected and trained to fulfill our mission should we become POWs: to survive and return with honor. That was the least we had expected of ourselves and, in our view, was no act of heroism. As military men, that was our job.

My own idea of heroism is much this much more than just doing our jobs, getting along, simply surviving our daily chal­lenges and adversities, even tragedies. It is going beyond survival, building on life's challenges to emerge tougher and more capable because of them. I use the ­speaking platform to point out that there are real heroes right there in my audiences. You see, more than anything, a true hero sparks our recognition of the hero within ourselves.

Who are the heroes today?

The fact is, we frequently confuse fame and celebrity with heroism. There are, of course, entertainers and sports stars, duly celebrated for their high levels of talent and achievement, who go beyond their professional endeavors to inspire and motivate us, sometimes in truly heroic proportions. But celebrity, by itself, isn't heroism.

To find today's heroes, you need look no further than the people around you­--family members, friends, neighbors, community associates--people whose heroic qualities we tend to miss. Let me tell you about two of my heroes.

Recently, my father, Len Coffee, lay weak and delirious in a hospital bed. Fearing his death, I thought back upon his life--and mine with him. As an infant, Dad had contracted polio—then it was called "infantile paralysis." He survived but was left with a withered right arm, which he carried returning GI should have been, we were with the elbow canted out, and a shortened left leg. He always walked with a rolling limp. Over the years he worked hard at a half-dozen supervisory jobs in the building industry, lost a business and ended up with little more than his Social Security pension. There had been hard drinking on the isolated construction sites during the war, and alcoholism had ensued. But I can never remember him being unemployed, not even during the earlier years of the Depression. There was always food and a roof for Mom, my sister and me.

Only in reviewing all this during his crisis did I realize that, in spite of his physical circumstances, I had never looked upon my dad as crippled or handicapped--probably because he himself never used those terms. I never heard him blame his problems on his physical disabilities. In fact. he never let them be disabilities.

What is more, he went beyond just surviving his circumstances. He taught me all the things a father was supposed to in those days—to play ball, to fish and hunt. He had been a Boy Scoutmaster, and he included me—when I was a first- and second-grader—in all the activities with the other boys. He always pursued his love of cooking, and more intensely so when my sister got older and Mom got older and Mom started working as a school secre­tary. All through our schooling, Dad and Mom supported Sis and me in all our endeavors, praising and cele­brating our achievements. They never missed a ball game or a swim meet or a school play, even though they had to make up the time at their jobs. While I was a POW, they counseled and consoled many a POW wife and family as well as my own. To this day, Dad is active in the Navy League, the local chamber of commerce and in church functions--usually behind the scenes in the kitchen.

Had he not recovered from his illness, our family would have lost the most loving father, grandfather and great-grandfather we could ever have had.

Why did my dad have to become 78 years old and near death for me to realize for the first time that he had been "crippled" all his life?

Because he didn't live it that way. In spite of his handicap, problems and probably pain, he reached beyond his own troubled existence to help his fellow humans and to be a loving father. That's why my dad's my hero.

I have another example very close to home. It's about heroic choices. Peter Isaak was my son-in-law. He and Kim were married in January 1988. The wedding was held at beachside, and the atmosphere was Hawaiian mellow. All the guests--just close friends and family--and the family dogs were decked in fragrant flower leis. During the ceremony, Pete beamed as Kim danced for him, a gentle hula to "Pilina Mau" (Companions Evermore). Both tanned and vigorous, they were a picture of happiness and promise. An outsider would never have guessed that, during their courtship, Pete already had endured two rounds of chemotherapy to counter the leukemia that coursed through his veins. His brown hair was now thick and wavy, but we had seen him grow pale and bald-twice, and still the cancer defied treatment. As good as Pete looked as a bridegroom, his healthy blood cells were even then declining. It had become clear that a bone-marrow transplant might have to be considered.

The young couple had weighed the pros and cons of marriage under the circumstances. Should they postpone it and first see how a transplant would go--the cautious approach that would keep things uncomplicated? Peter had been Hawaii's premier ten­nis player and several times state champion. With such an athletic constitution and positive outlook, surely his chances for a successful transplant would far exceed the average.

Not only did they decide to go ahead with the marriage, but also-after considering carefully the possible effects of chemotherapy on reproduction ­to go ahead with their family. Kim became pregnant in July 1988, and Pete had a marrow transplant that October in Seattle.

Pete exerted incredible self-discipline as he fought back from the intense bombardment of radiation and the megadoses of chemotherapy. He endured the nas­ty effects of the steroids needed to help his body accept the grafted marrow. There were a few set­backs, but by Christmas he was well enough to join Kim in their little apartment near the clinic.

In February they returned to Hawaii. They took walks around Diamond Head and went to Lamaze classes. Pete even worked out lightly, pedaling around the block and lobbing a few tennis balls. Then, in early April, infection hit his lungs.

Pete and Kim were admitted to their respective hospitals the first week in April—he to fight for life, she to bring forth life. Their daughter was born on the 11th and was able to visit her daddy two days before he was committed to the intensive-care unit. The infection had defied all treatment and was gradually lleatherizing his lungs. He fought to breathe, to oxy­genate his now cancer-free blood. Sedated, on a respirator and multiple IVs, Pete moved his head affirmatively or negatively as Kim went down their final list of names for their daughter. They chose Amy Marie.

Pete fought even harder than we knew he would, but after a month of frustratingly futile effort in search­ing out an effective medication, he lost the tie-breaker of the fifth set. Kim was at his side during those last hours, and when it was over, her first teary words were, "I don't care. It was all worth it. We would make the same choices again."

Rather than settle for a couple of "safe" years at decreasing speed, they had chosen to go for all or nothing. Not until his memorial service did any of us truly realize how many people--mostly youngsters--­Pete had inspired, not just in his struggle for life but over the years by his teaching of commitment and perseverance through tennis.

You can be sure that Amy will someday know that she is the embodiment of the heroic choices made by her parents.

Now, it's not my intention to discourse self ­indulgently about my family. I'm hereto talk about heroes. But wait a minute--what's the difference? Do you see the point?

To help make this point, I have been working with Putnam Books, the New York Life Insurance Co., Hyatt Hotels and American Airlines in sponsoring an essay contest for youngsters in the seventh through ninth grades in 12 major cities. The subject is "My Living Hero." The thousands of entries have dis­pelled the myth that there no longer are heroes to inspire us. In fact, they have reconfirmed that, indeed, there are heroes around us every day in our families, schools, neighborhoods and workplaces. Several regional winners already have been announced, and the national winner will be named on March 19.

Take a close look at your loved ones--spouse, parents, children--and others in your lives whom you might have taken for granted. Maybe a coach or a teacher. Maybe the mailman. There's probably some­one close by--perhaps even the person you see in the mirror--to whom you'd like to say: "Did you ever know that you're my hero?"