Lou, old friend, where to begin—promised you a background “summary” of this old guy a couple of years ago. I prefer to keep it short and simple but hard to do looking back about 84 years. Fortunately for me you were an important player in some—no—many of these years.—From V-5 in Colo College (1945 to the present !) 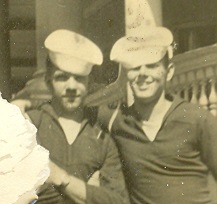 Next, Selective Flight Training @ Livermore & N2S (10 hrs)—You cut my only good black tie (‘Solo’ award). You know bal.—Pre Flight at Ottumwa 1946 when Fly’g Mid’n Program began. Think the program once was 12 weeks—then extended to 30 by the 26th week conversion Mid’ns & so it all began ! 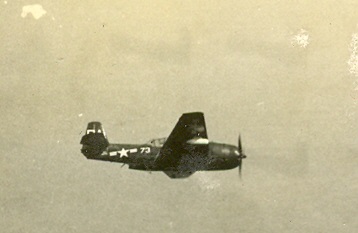 First, it was FAETU/Fleet Airborne Electronic Training (radar nav in Calif. Valleys), done @ nite. Nxt Amphib Warfare @ USMC & Ldg Boats at Coronado; FAC [Forward Air Controllers] with Radios in hills N of San Diego; next, School of Naval Justice, Port Hueneme—(“Sea Lawyers”!). Then-- --! Believe we got orders to Air Group 21 (VA-213) at NAS Seattle ! A TBM squadron (active duty “rejects”). But the birds still worked. (Only connection with G.H.W. Bush who “lost” his in Asian Sea). At some point in time, 4 or 5 of us were volunteered to ferry F6F Hellcats to the Marines at El Toro, CA. They failed to tell us the F6s would be stripped & given to USMC for target drones. I discovered this enroute when we found out the underseat relief tube gone--over the mountains of Oregon! (Flight gloves—never worn—came in handy, but left a “green” icy canopy on right side!). This was the same flight that Bob Ramsey said he spun out of the clouds (alt?) & recovered in a valley & headed to NAS Oakland for refueling (I think the rest of us stopped at a SAC base (Merced?) and got machine gun/Jeep escort to refueling & a quick “goodbye.”

Forgot—earlier at San Diego, I got Temp assign’t to VR-21 to ferry TBMs Corpus. 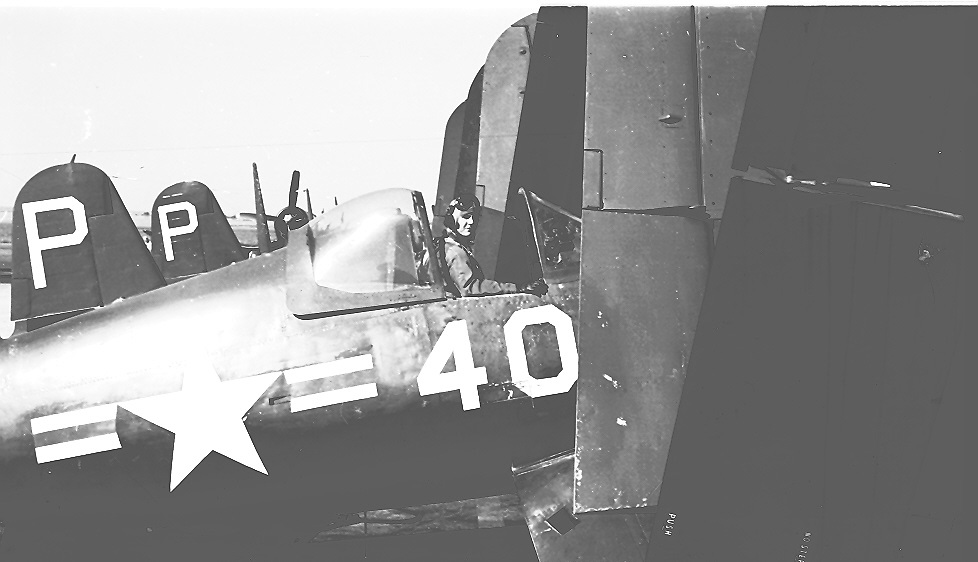 You’ll know timing for Decommish of VA-213 & transfer to VA-134 (Air Group 13) @ San Diego & transition to F4Us for some of us. Transf JAX—You flew, I drove your car along with Momento of a generous flight surgeon (“Organized Athletics”) & a sneaky roommate (You!), also recall your mix of my toothpaste & shaving cream (can’t trust U.S.C. guys).

Then a stop @ FSU [Florida State to see] Danny, then too short a tour at JAX [VA-134 F4Us]—requalled @ F4U on [USS] FDR off JAX. Later, recall bad engine on take off “attempt” at JAX @ learned the bird had been downed just the flight before for same reason @ yellow sheet showed squawk never worked off—Thrill for me.

P.S.—Lou, The previous notes had most everything to do with military, business—life; etc., but in no way could summarize great emotional, spiritual, and physical activity that really defines my family & personal life. It would take a book to do that!

Sixty-one years with Danny & the youngsters that followed; friends, neighbors, co-workers and especially church friends everywhere we lived, made it outstanding. We did everything together & loved it. I’m sure you could say much the same thing. Seems like I’ve done most everything I’d hoped for

--- Except, maybe, climb a taller mountain and—fly wing on you in those early ’50-51 years o’seas. I take my hat off to you, ole Buddy—you’re a real hero!

Yeh, fly wing—remember that day in Seattle, we were flying wing on Marty Lloyd in a 3-plane Turkey (TBM) section—he signaled us to reverse wing positions, and we screwed it up so badly that he broke radio silence and hollered at us to shape up?

Or, that day in JAX when we were in a 4-plane F4U division (Marty Lloyd again) and he signaled for a tail-chase. Marty and Bill Hoyman did all kinds of dingbats—too much for us lowly ensigns—so we pulled out and watched two pros at work?

[Note: I’m not the FMA historian. After some members of the FMA Board tried to tell me how to manage the history project, I disengaged from the FMAssociation and set it up as The Brown Shoes History Project—also to include the AvCads, instructors, squadron mates, whitehats, all those who otherwise kept our noses clean, and with supporting background information. Those who got their wings 1945-1950 were, indeed, Flying Midshipmen—and these are their stories.

I hope to continue this project, collect the stories, put it on the internet, link it to interested historical entities, and keep it as a viable interactive source for historians, scholars, families, and rubberneckers. No one else will do it.]