Lieutanant Commander. Born July 5, 1926 Baltimore, MD. After a short stint with the Merchant Marine joined the USN as a seaman in 1943. Served as a crew member in B-24 Privateers and PBM seaplanes flying various air patrols between South America, Mediterranean, and Europe. Entered flight school in 1946 and designated naval aviator in 1948. Flew combat aircraft off carriers as a midshipman for seven months before being commissioned.

In 1990, at the age of 65 became the sixth US pilot and the oldest, to check out in the Russian MiG-29. Took part in flying the MiG-29 in an aerobatics demonstration at an airshow hosted by the Russian military.

Married to Lois and they have four children and 10 grandchildren. 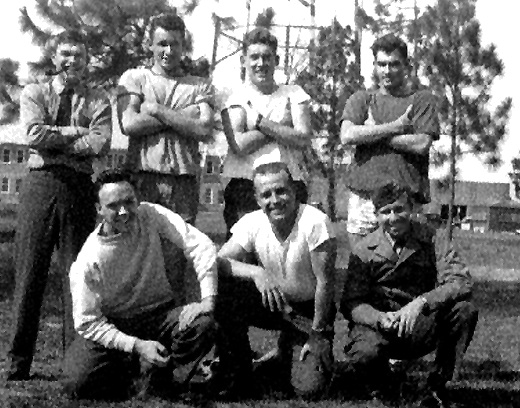 I joined the navy in November of 1943. As an enlisted man I was assigned to a PBM squadron out of Patuxent, Maryland and later to a B-24 Liberator squadron flying between South America, Africa, and England. In 1944 I transferred to the V-5 program as an aviation cadet. I was in the final phase of pre-flight training in Athens, Georgia when the war ended. About four months later I was discharged.

I flew a variety of fighter aircraft including prop and jet. I was discharged in 1951. I joined the Naval Air Reserve and flew until mid-1960. I have 303 landings on eight different carriers. I left the reserve as a Lt Commander.

Maybe this is a qualified first for different types of planes flown by former Midshipmen.

No doubt about it, they wouldn’t let me take off or land “against the Russian rules”, but everything else was fair game - including a few “tail slides” and “cobra strikes”.

The two flights were a ball and the Russians were great to be with for few days of exchange. My check out pilot, Valery Menitsky, was the “Chuck Yeager” of Russia a real “Top Gun”! 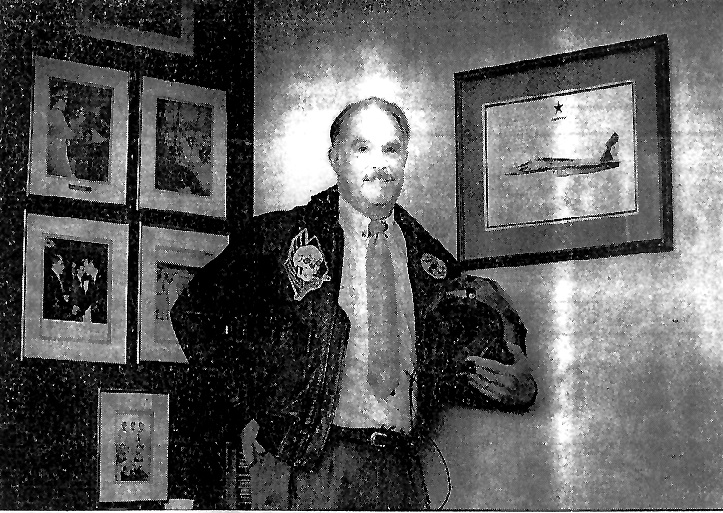 "First, Russia has been a mysterious secretive place for years. And the MiG personified all that mystique.

"Secondly, when the opportunity came along to finally fly one, I couldn't resist it. That's because I’m 65 and I wanted to prove something about my age."

Phillips, a Mt. Lebanon real estate developer who is the father of four and grandfather of seven, lived out his flying dream when he recently climbed behind the controls of a Soviet MiG-29 at the Cleveland National Air Show.

It was the first stop on a six-city tour for a Soviet delegation making a goodwill trip of the United States.

Phillips heard about the Russian's visit, contacted Chuck Newcomb, executive director of the show at Burke Lakefront Airport, and arranged the flight through him.

Original plans called for only media representatives to get MiG rides, Newcomb said. But he made some exceptions -- with the Russians' approval – when Phillips and two other former military pilots offered contributions toward the visitors' expenses for the opportunity to fly with the Russians.

That's how Phillips came to be sifting in a MiG beside visiting pilot Valery E. Menitsky and flying the 33,000-pound jet at 1,000 miles per hour, soaring up to about 20,000 feet.

"At first, Menitsky [pilot of Russian MiG] was reluctant to let me fly with him. When he heard I was 65, he just said, 'Nyet, nyet.' Finally he agreed to allow me to try five of the 12 maneuvers he was to perform."

Menitsky changed his mind after leaming of Phillips' experience as a Navy flier and after airport officials urged that he be permitted to fly. However, since neither could speak the other's language, they had to work out a simplified common flight language with the help of an interpreter.

"He put a number and just two other words together for each maneuver. So if the commands he gave were, for instance 'Howard, pilot, 2; Howard, pilot, 3,' etc., etc., up to the fifth maneuver."

The next day, they took the MiG up. Menitsky insisted on handling the takeoff and landing, but Phillips said he got to perform vertical and horizontal rolls, the loop and some high-speed turns.

"The Russians said I was the oldest guy ever to fly a MiG."

As for flying at an estimated 1,000 mph, Phillips smiled and said, "The paper in Cleveland said it was faster, but I'm estimating it was not. I'd say about 1,000. The truth is, I was too busy concentrating on what I was doing to spend too much time looking at the panel. Anyway, it's in kilometers. I was concen-trating on not getting sick because a reporter who went up before I did lasted just six minutes. And I was also concentrating on the maneuvers."

Newcomb, a former Navy pilot himself worked out the opportunity for American civilians to fly the MiGs because it "helped toward the Russians' expenses, which were running about $100,000 a day."

He added "The main thing was the air show itself, and the ticket sales. But when we found out some former military pilots wanted to fly, we saw that as a means of a fund-raiser to also help offset the foreign visitors' expenses."

In addition to Phillips, two Ohio business men, also former military pilots, got chances to fly the MiGs by agreeing to make contribution toward expenses of the tour. Phillips said he gladly contributed "over $5,000" for the experience.

Howard is so energetic that he was a delight to work with," Newcomb said. "There was really great rapport between him and Menitsky.

When I flew the MiG-29 three years ago, it was an interesting news item. I was one of the first few and at age 65 definitely the oldest. Today, however, the Russian nation has collapsed and almost anyone willing to part with some sizeable cash can fly the airplane. I was recently offered (and I'm sure lots of others were included) a chance to fly to Russia and visit their super secret Air Base at Zhukovsky. At the Air Base I would have the opportunity to fly with Russian pilots, simulated attack strikes on military training flights. The Russian hunger for hard currency has prompted this opportunity. In addition to the MiG-29, the Russians are willing to let pilots fly their latest Sukhoi S. V. 27. What will it cost? Only $8,000 per hour with a minimum floor of $20,000.

You are not allowed to take-off or land, but you can follow the pilot with "hands on." Once airborne, your own flying capabilities are the only limitations. You do get to fly with Russia's very best test pilots: Evgeny Frolov, Igor Votinsev, Valery Menistky and Victor Pugachev, all Russian heroes with the similar popularity of our Chuck Yeager.

Now that it has become so commercialized and so non-exclusive, I really don't think it deserves an article in Wings of Gold.

My purpose in writing was just to add another plane to the types flown by the Flying Midshipmen.

Mr. Phillips had written Wings of Gold about his interesting MiG-29 experience.

Thank you for the [2012 Christmas] greetings. Sorry I'm so late, but I have had some good times.

I don't think I will ever forget our time at OTTUMWA. You have been very good in keeping in touch with some of our groups. I'm always glad to hear from you. If I can be of any help or if any of our friends are in need, let me know.

My very best to you,