“One of Life’s More Pleasant Moments” *

February 1946 on my way to Fort Snelling for my Army physical on the bulletin board was a notice of the Holloway Program. I went to the Navy Procurement Office in Kansas City, took the tests and was sworn in. On my return home an induction notice was waiting and one of life's more pleasant moments was to return it with the comment that “I was already in the Navy."

Reading some of the anecdotes of our training days prompts me to write of Gerald (Zeke) Huelsbeck. We were both in 15-48 (different battalions) and didn't get to know each other until we found our true love in flying, as most of us did. We went through basic together including our carrier qual on the Cabot. One of our antics was a night round-robin and on our way back from Mobile we dropped down to 199 feet or so above the RR tracks and turned on our landing lights to an on coming train with some resulting fire works. 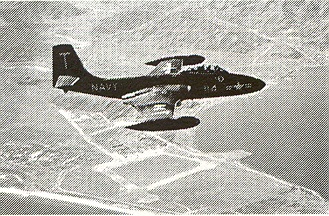 We drove to Corpus in tandem just in time for a hurricane and during the wait Zeke came up with appendicitis and by the time he healed up there were openings in a fighter unit. He was assigned to an F4U squadron on the East Coast that was probably the first to get the F2H Banshee. He developed a camera for his hard hat and got some good footage that earned him a slot in test pilot school and an offer from McDonnell as a test pilot at 3 times what we were making in the Navy.

Early in 1955, I had an offer from TWA for a class starting the following Monday morning. I was instructing in ALL Weather Flight in Corpus, so I took a student (Marine Major who also needed to go to Washington) and flew into PAX River to borrow Zeke's car. We found him behind a desk, temporarily grounded because of some advice he gave two first class midshipmen from the academy during an indoctrination ride. 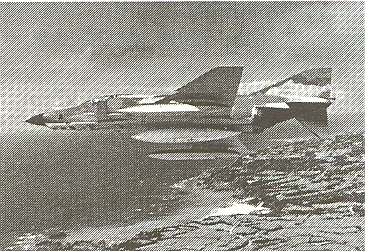 The following Fall of 1955 as I was filing a flight plan at NAS Glenview ops when what rolls in but a shiny new McDonnell 101 and out jumps Zeke.

We didn't hear from him after a couple of years and some time later I found out he was the second test pilot to be killed developing the F4 Phantom.

“I SCRAMBLED UP TO THE FLIGHT DECK”

Reading DOC FRIESEN'S hairy tale reminded me of one in the P2V-5F that got a little hairy. We got the P2V-5F at Glenview in late 1957. I took a transition cruise and when we started our annual two week active duty, was all set to start checking out the rest of the squadron. My mother passed away Sunday Feb. 17th, 1958 and when I got back to Glenview on Friday afternoon there had been no flying. (The supply sys­tem was not good for the Reserve Stations in those days and we had to go to Alameda for parts.) Needless to say I was pooped, but we did have a JG cruising with us who had about 800 hrs. with a couple hundred in the P2V-5F.

We left Glenview at about 1800 with a fuel stop at Albu­querque. I got to know Steve a bit on the way. He was pret­ty sharp so put him in the left seat out of Albuquerque and when things were squared away went into the bow for a nap. We were in fairly heavy icing, but the P2V was very good in those conditions and I felt comfortable.

I srambled up to the flight deck and inquired and he told me the prop was starting to hunt· and that is how he remembered the handbook. My next question was, "Did you start the jets?" He had tried, but neither one would start. As I got back in the right seat we kept it coming around to the left (no way we're going back into icing conditions on one recip and a min. altitude of 15,000 ft.) so we went into George AFB at 0200 in the morning. We rigged the Aldus lamp and found a bridge of ice over both intakes.

They trucked up an engine from Los Alamitos and we got back to Glenview just as the cruise was winding down. Steve made a good call on the feather as the prop reduction gears were starting to fail. There was nothing in the handbook or NATOPS about lighting off the jets in icing conditions. However, in our squadron ... and I believe at Glenview … from then on it was SOP to run them at "flight idle" in moderate to heavy icing.