I just read the latest letter, and I don’t remember any contest for “firsts” or “mosts” going on. To counter two of those you listed, I offer the following:

Airplanes flown by AvMid’n: A lot of these are probably common, but I thought I’d list all the types I’ve logged time in. 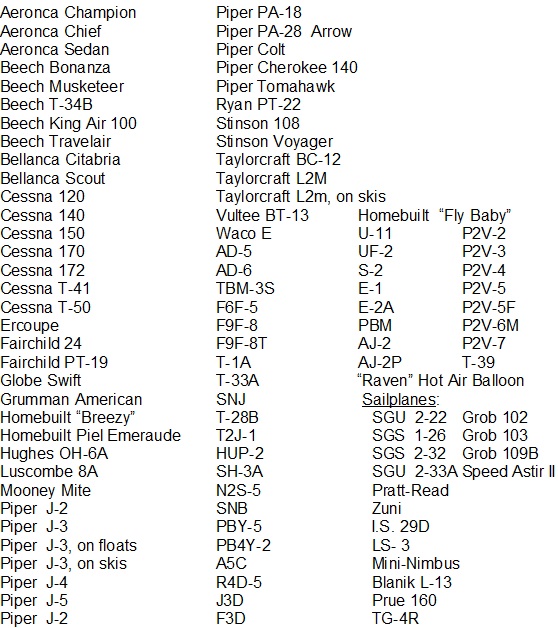 Of course, since I’m still flying, I hope to add a few more. Just stay tuned!

In the January newsletter, you noted that Al Franier (3-37) had a large family. HA!

I know of at least one other who matches me, but I’m not sure of the grandchild number. Sally and I have 9 children, and 19 grand-children – so far! Two of our kids are still single, so keep tuned in!

Not only that – we were married in Hawaii, and had one child at each duty station from then until retirement! Obviously, kids are caused by BuPers!! (formerly OP-59).