Perhaps at one time or another we all have wondered why we were singled out. Why had Dave and Russ and Jesse and Bud, and many others, died such an early death, while we had been blessed with some seventy-five years of exist­ence. Now we are planning to attend the Thirtieth West Coast Reunion [2002] of the Flying Midshipmen Association and, obviously and sadly, they will not be among us. When you consider the almost bizarre events that put our friends in harms way, you wonder how the cards are dealt. Why were WE given the gift of such a long life and they were not? 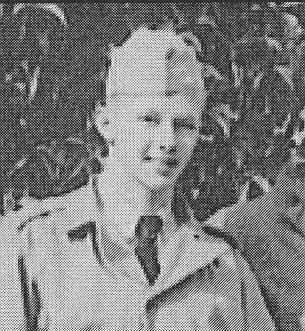 One of my best friends during Preflight and Ba­sic Training was LOREN D. "Bud" SMITH. Bud was from Oklahoma and had a laid back friendly outlook on life. Due perhaps to my appearance and being from Arizona, his nickname for me was "Half-breed.”

One of Bud's claims to fame was having won the Oklahoma City Tennis Championship while on leave between Ottumwa and Corpus Christi. I had a chance to hit a few with him on a clay court hidden in the outer reaches of Ottumwa. He was good!

I didn't see Bud again after we parted company in Pensacola. The next I heard was that he com­plete Advanced Training in Jacksonville and was bound for Korea. In the process of obtaining in­formation for this booklet, I asked if anyone knew the details surrounding Bud's death while flying off a carrier during the Korean War. I received the following report from Lou Ives:

"He was on a pre-dawn launch with mucho load, including a couple of 1,000 pound VT fuse bombs. About 1,000 feet forward of the ship, the sky lit up for miles. Later an arming wire was found on the deck. The VT fuse has a 1,000-foot travel before arming.

"Bummer. Another bummer: Bud is not listed as Killed In Action, although he was on a com­bat hop."