“I Bought Two Pounds of Bananas” *

June 1945. I graduated from high school on a Saturday, turned 17 on Sunday and went to Boston to join the Marines on Monday. The Marine recruiter told me their quota for 17 year-olds was filled to overflowing and that I would have to wait three to six months to enlist. But I was in a hurry.

I went down one flight of stairs to join the Navy. After a brief interview, I was told I might be eligible for the V5 Program leading to flight training. They put me through a physical exam that I passed OK. However, I only weighed 113 pounds and the minimum weight was 115. 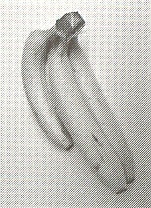 I asked the Corpsman if I could come back that afternoon and weigh in again. He said he had no objec­tions but that I was wasting my time. I left the building, bought two pounds of bananas and washed them down with two large milk shakes. At 1:00 PM sharp, I weighed in again. 115 pounds on the nose, and I was in the Program!

I got two years of college, soloed in the Yellow Perils at Memphis, enjoyed a winter of preflight school as a midshipman at Ottumwa, Iowa, but then washed out of flight training at Corpus. I left the Navy and joined the Marine Reserves while I was finishing college. In June 1950, the North Koreans com­menced an "incident" and I soon found myself a platoon leader in Korea.

PS: The AvCads and Midshipmen I knew back then still live on in my memory as a really great bunch of guys. I enjoy reading their sea stories in the LOG. Keep them coming.