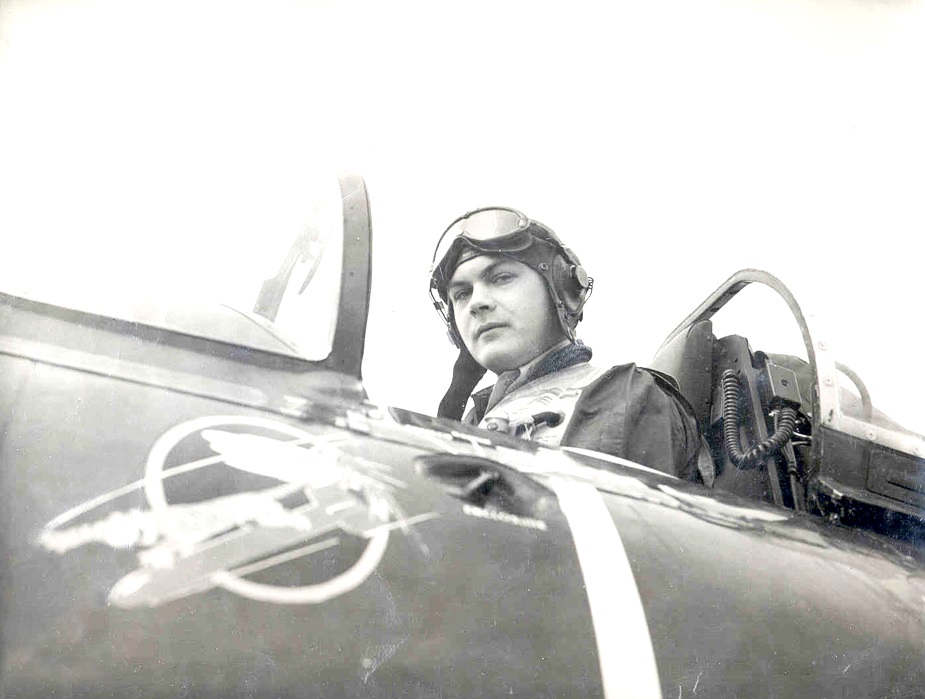 Thank you for the announcement to the Troops dated December 28. It has prompted me to amend the enclosed page which lists me and to add my name to the Defense Department Attaché listing. I've enclosed also a short biography.

We Flying Midshipmen are truly indebted to you and Pat for your dedication and hard work in compiling these materials. I have several scrapbooks containing news items, photos and the like which I can loan to you. In fact, if you are interested, I will deliver them to your office. Let me know what makes sense to you.

With all best wishes,
Sincerely, 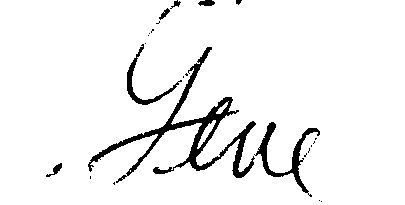 Rear Admiral Sizemore was born in Chauncey, Illinois, the son of Mr. and Mrs. Boyd M. Sizemore. He was designated a Naval Aviator in October 1948 as an Aviation Midshipman and was promoted to the rank of Ensign 3 June 1949. Rear Admiral Sizemore served tours of duty in various fighter, attack and anti-submarine warfare squadrons operating from aircraft carriers, including: USS VALLEY FORGE; USS BOXER; USS PRINCETON; USS YORKTOWN; USS WASP; USS TICONDEROGA; USS RANGER; USS ENTERPRISE; USS HANCOCK; AND USS JOHN F. KENNEDY. While aboard the USS PRINCETON, as a member of Attack Squadron 195, he served a combat tour in Korea in 1950/51. He was aboard the USS TICONDEROGA in the Tonkin Gulf in the summer and fall of 1964 and the USS RANGER in early 1965 and participated in the initial retaliatory strikes against North Vietnam. He also flew combat strikes in North Vietnam in 1965/66 as Commanding officer of Attack Squadron 93, aboard the USS ENTERPRISE.

Rear Admiral Sizemore has logged more than 6,000 flight hours in carrier aircraft, completed 218 combat missions in Korea and Vietnam and has in excess of 1,000 carrier arrested landings. In addition to serving as Commanding Officer, Attack Squadron 93, he also commanded Attack Carrier Wing One (USS JOHN F. KENNEDY) and Naval Air Station, Jacksonville, Florida. He is a graduate of the Naval Line School and Naval Management School at the U.S. Naval Post-graduate School, Monterey, California, and graduated from the University of California at Berkeley with a Political Science degree. He is also a graduate of the Department of State Foreign Service Institute.

He and his wife, the former Hellen H. Fish of Lawrenceville, Illinois, reside in Arlington, Virginia. 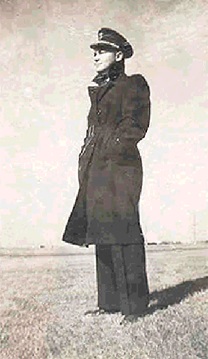 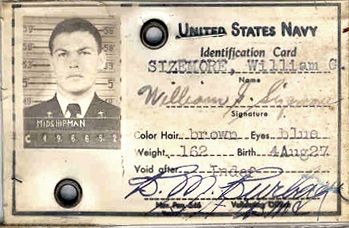 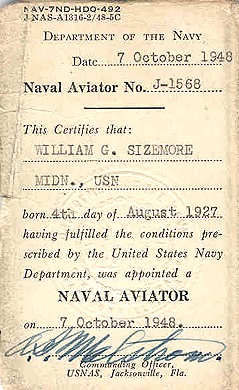 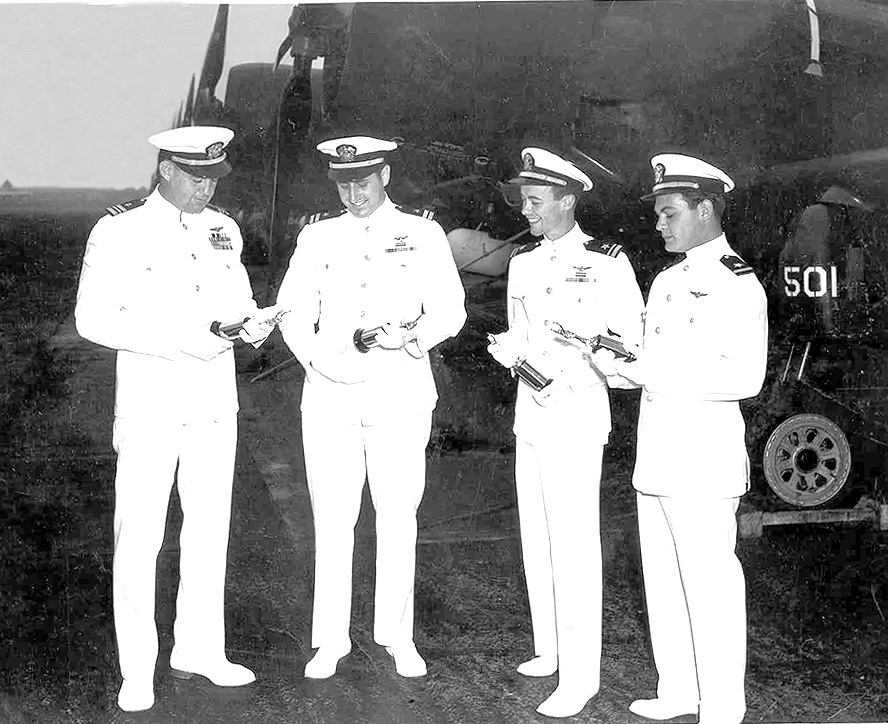 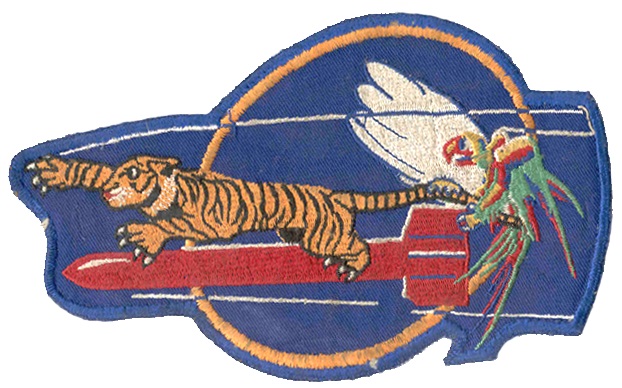 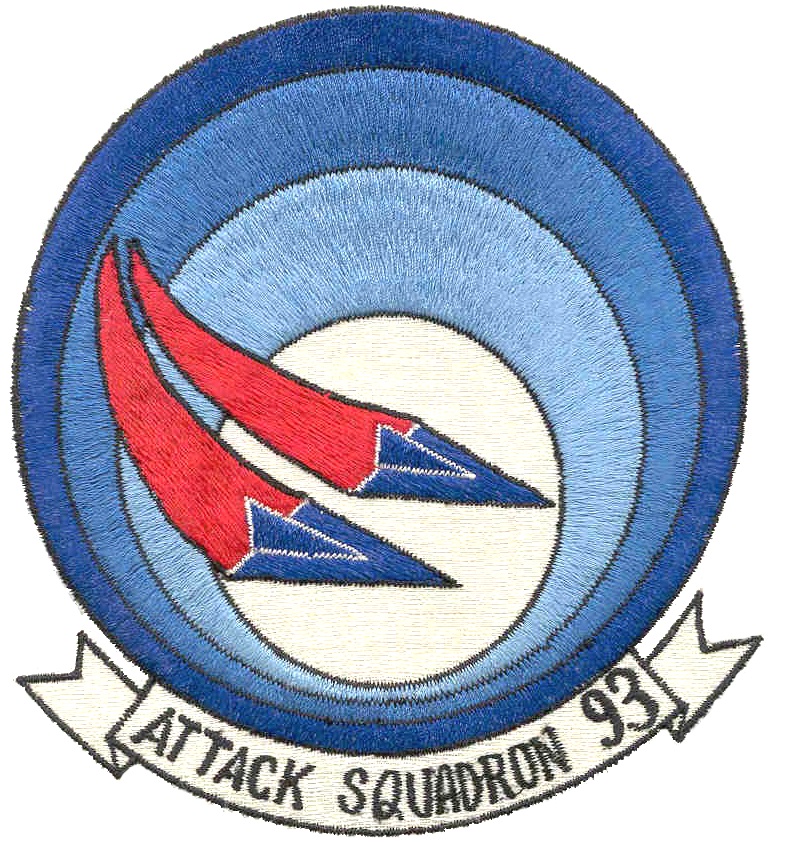 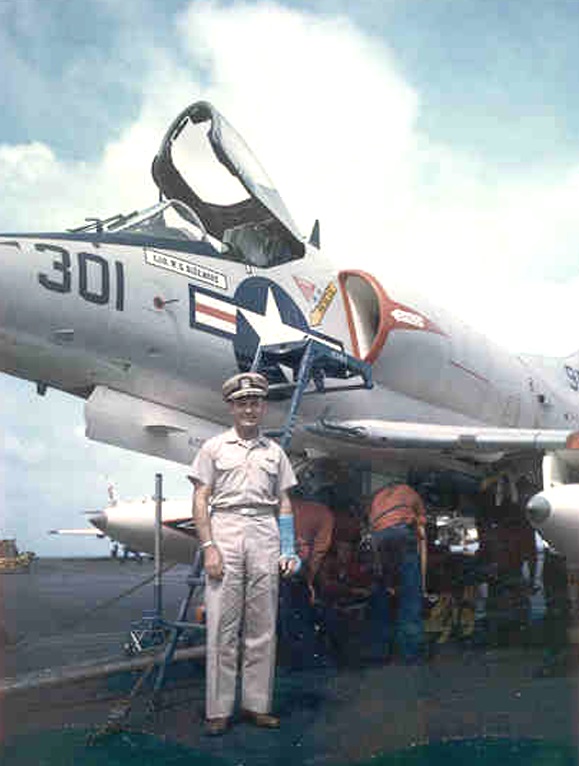 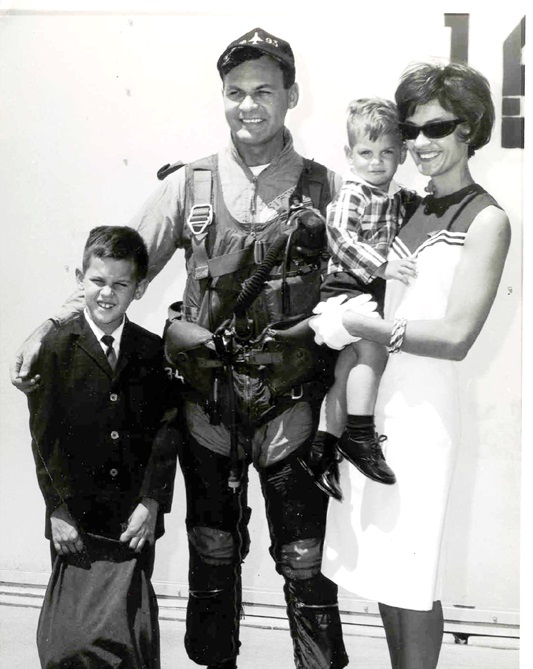 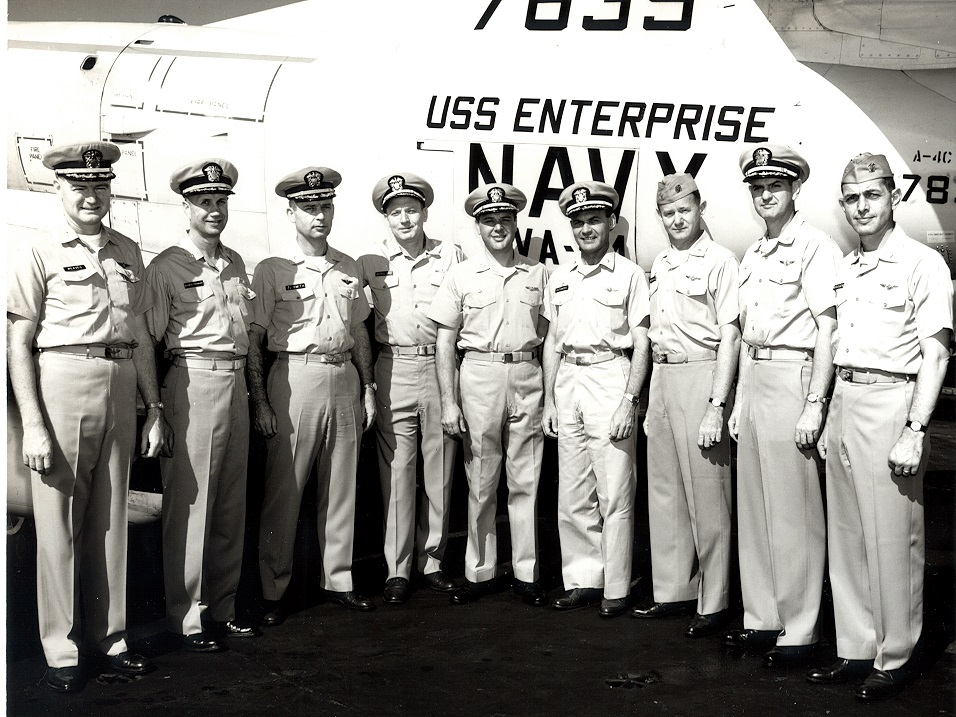 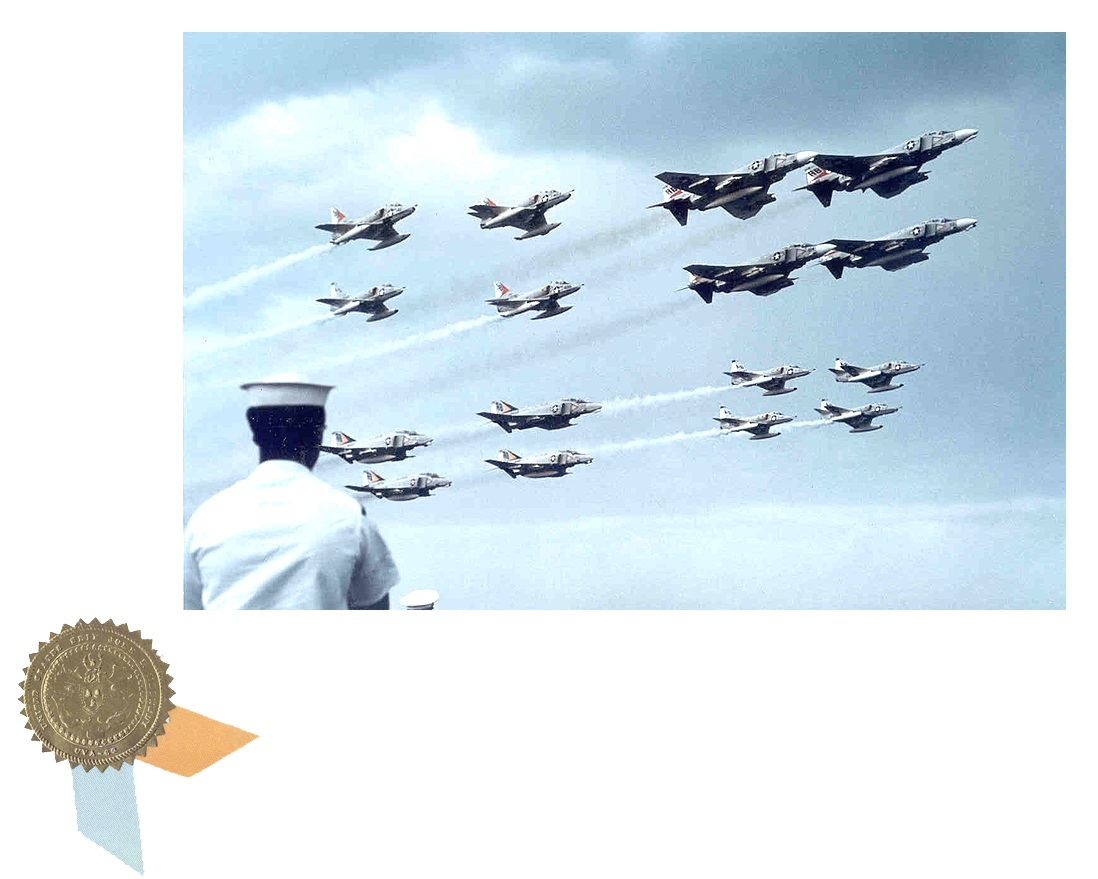 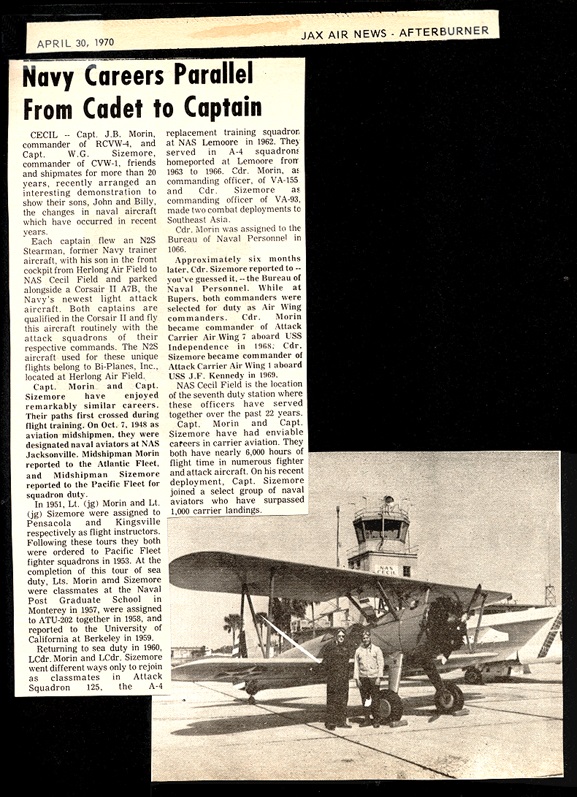 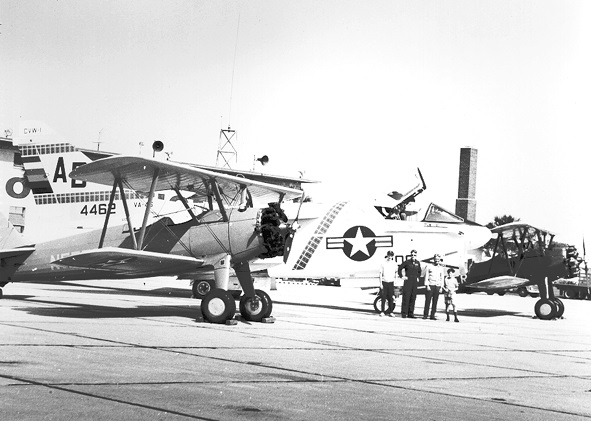 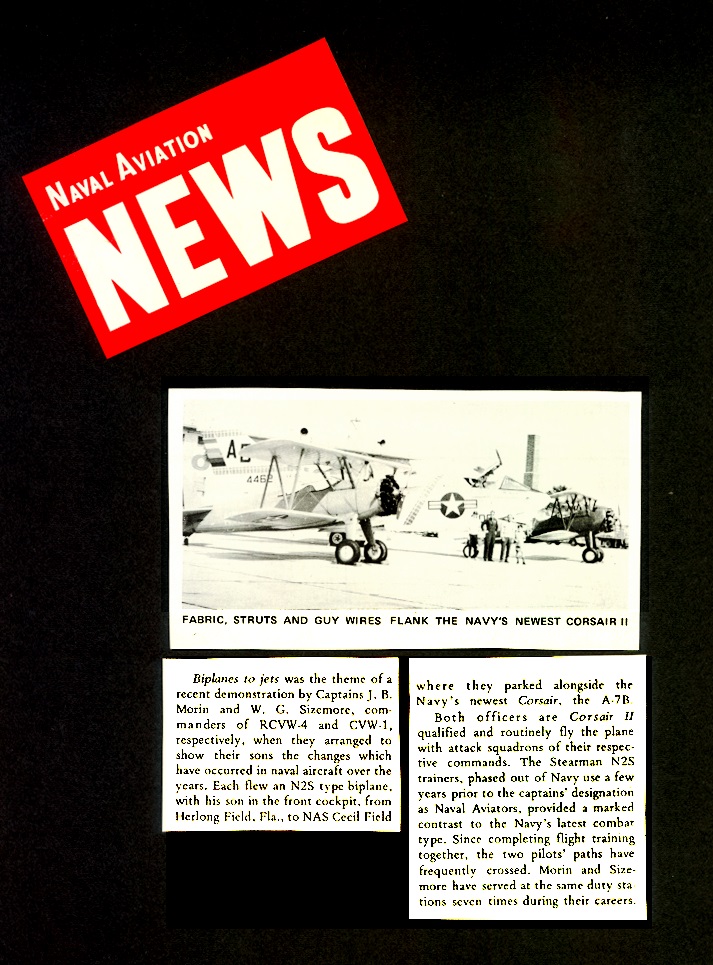 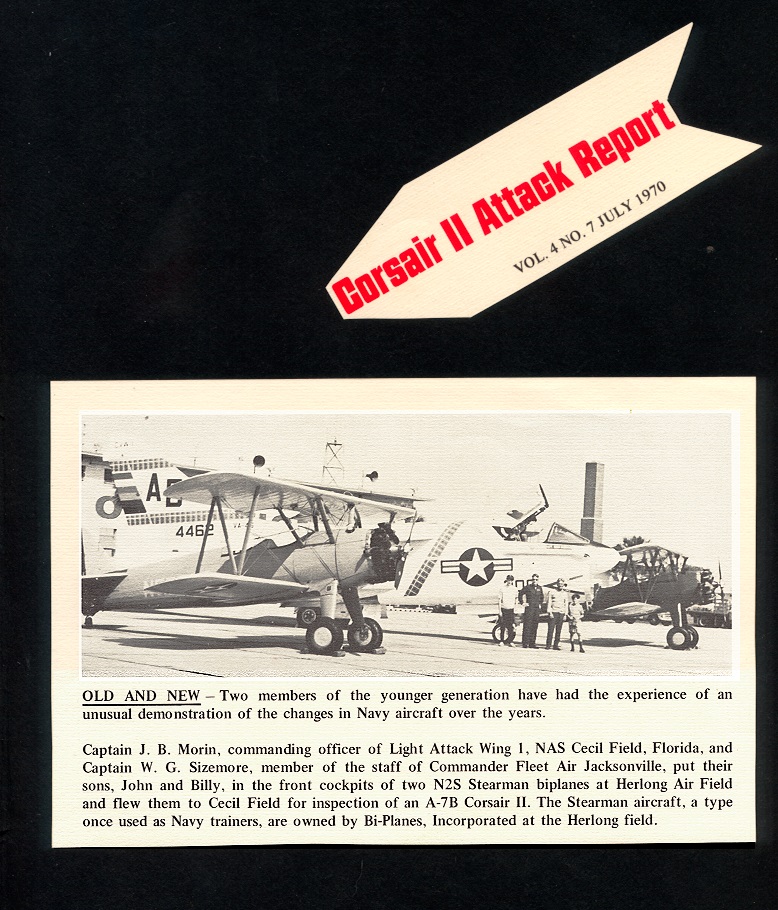 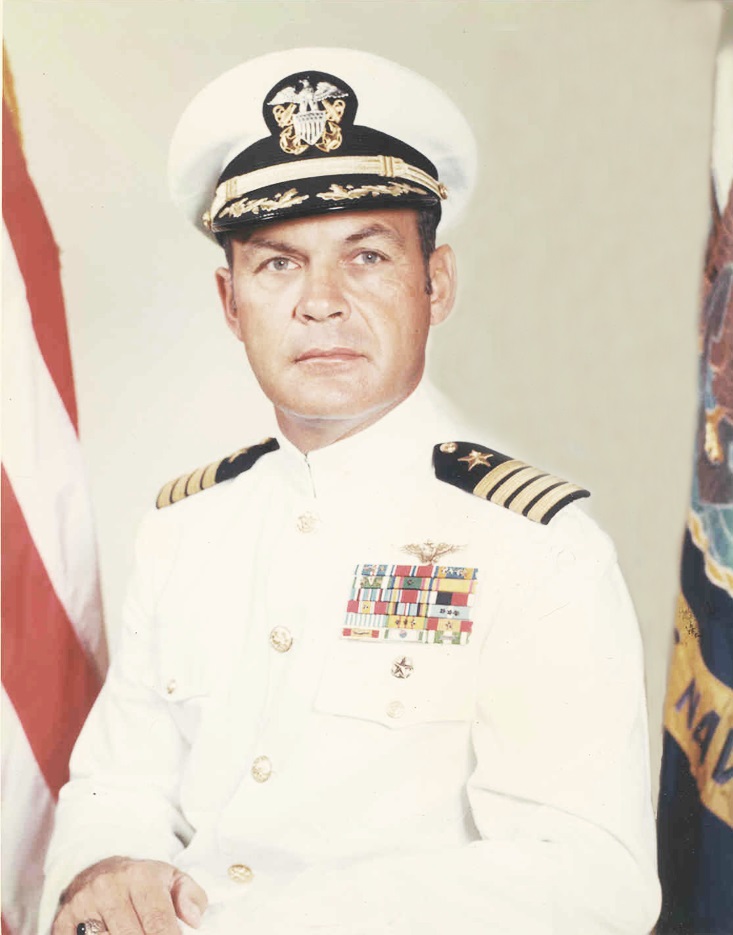 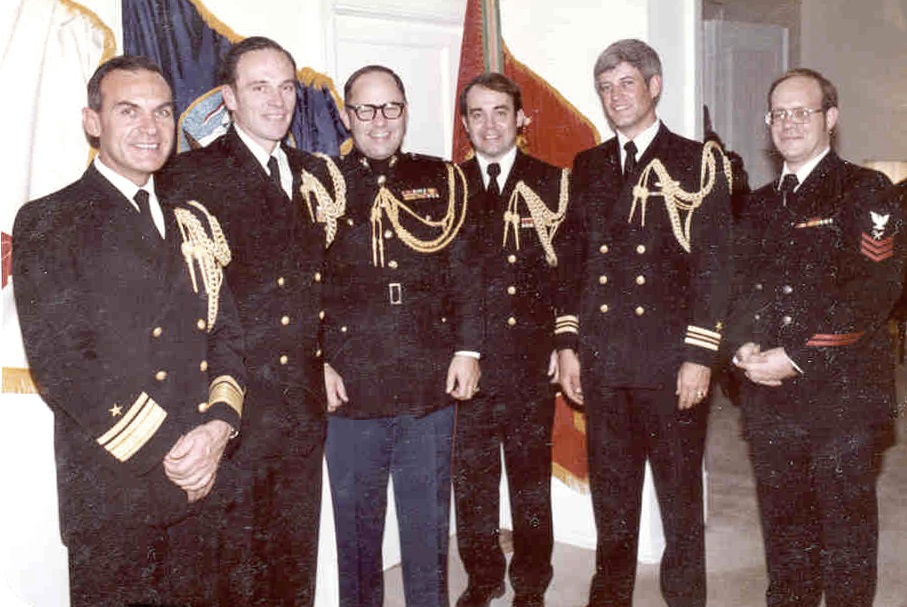 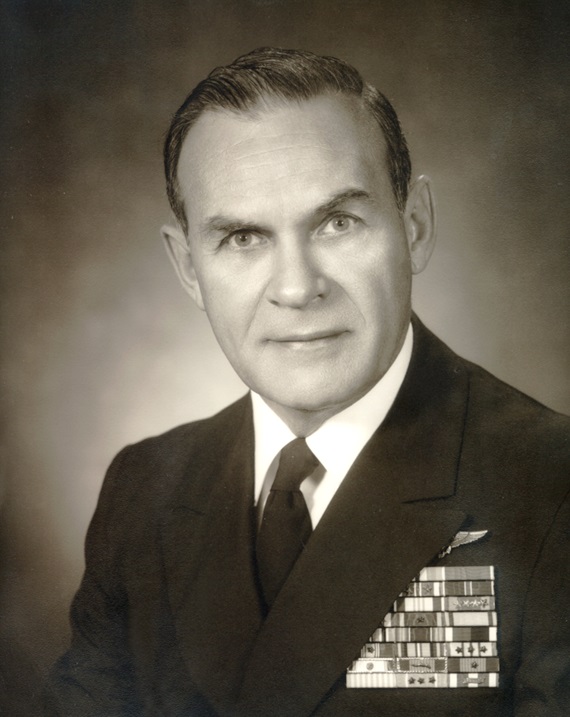 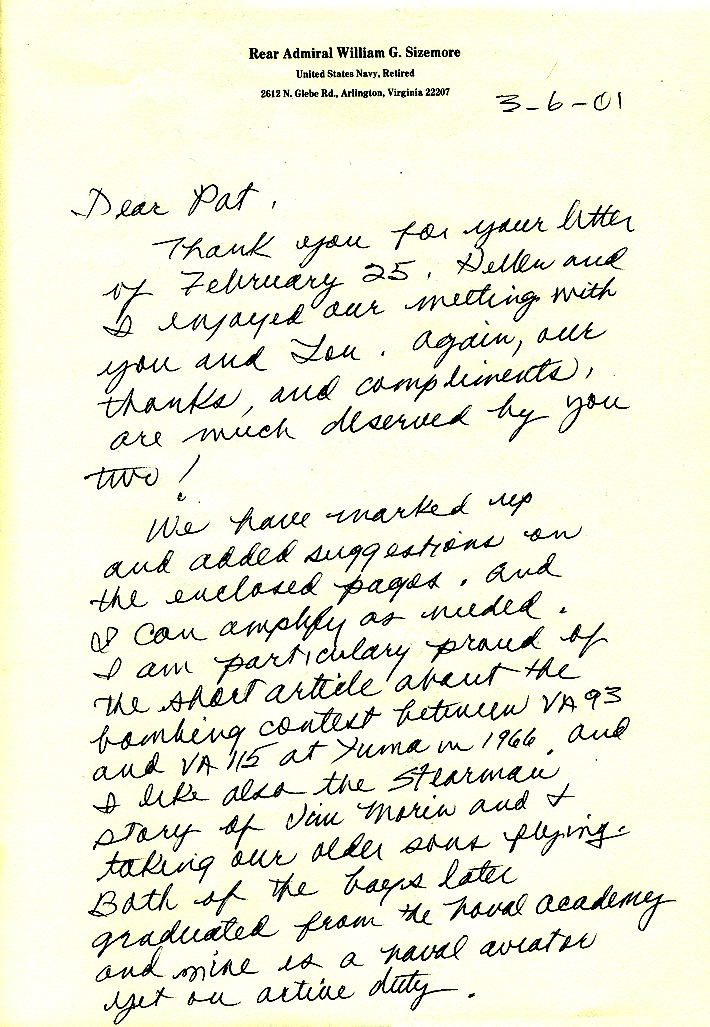 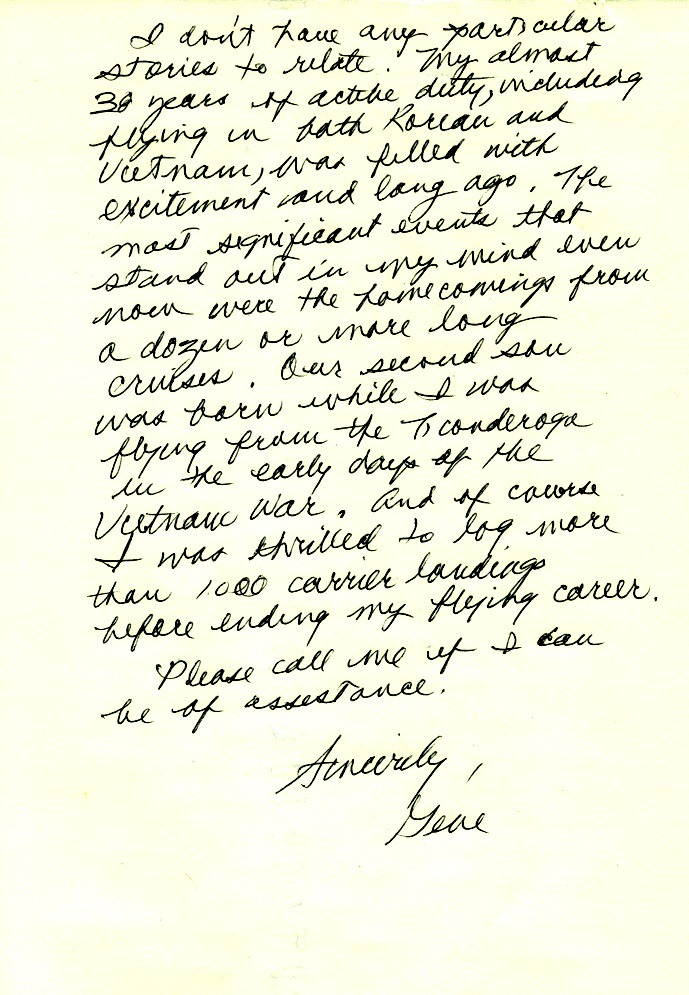